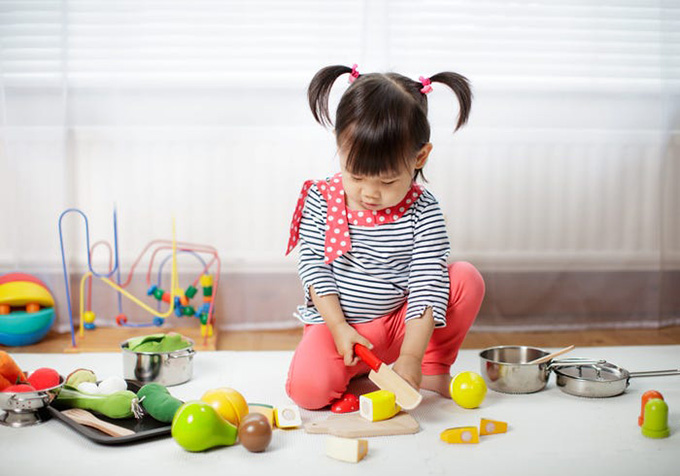 The “autonomy” of the child has become a leitmotif of today’s society. Educational institutions seek it, as do parents. And the world of marketing is not to be outdone: we have seen a pair of shoes praised for… its scratches supposed to develop the autonomy of their very young owner!

How to understand the omnipresence of this contemporary value? What are the issues ? Is it possible to criticize this quest for child autonomy? These questions suppose going back to the history of the representations of the psychological development of the child, as well as to the history of the school.

Indeed, the evolution of the status of the child in nursery school is emblematic of the rise in power of these injunctions to autonomy. In the 1960s and 70s, this institution was considered a “before”, even an “elsewhere”, vis-à-vis the school, certainly preparing students for school subjects but also being a place of games and parties, marked by affective relations between the children and the teacher.

Since the 1980s, educational policies have constantly reformed this institution to reorient it towards the transmission of school learning. Kindergarten was increasingly thought of as the first moment of school, until it became compulsory in 2019 . More than in the past, teachers must justify their work and show that a lot of learning takes place, supported by the children’s achievements.

From emotions to learning

A “productivist” logic is thus implemented from the start of kindergarten (2-3 years). The teachers have so to speak no more time to teach the child to become a pupil, but need him to already be in order to carry out the many school activities expected, with a dense rhythm. In this context, multi-faceted expectations of the child’s autonomy develop.

This autonomy is then particularly worked on in the context of dressing, undressing, or during meals. It’s about knowing how to do it alone, and early, without needing an adult.

A form of individualism

Several criticisms can be made regarding this search for child autonomy. First, it appears that autonomy could convey the vision of an individual who hardly needs others anymore. A form of individualism, even of solipsism, could be contained within the very notion. This is all the more problematic since, on the child’s side, learning always presupposes an interaction, an accompaniment by another, which opens up new paths, what Vygotsky calls the “proximal zone of development” .

Certain pedagogies currently in vogue which put the notion of autonomy at the centre, in particular of Montessori inspiration, result in limiting collective moments in class , for example, by eliminating the “regrouping” corners in nursery school, symbols of a joint learning (between children, and between children and adults).

On the affective side, it also seems necessary to remember that the child needs links. Even if Bowlby ‘s works have been worked on and partly nuanced since the 1950s and 60s, they had shown the need for attachment (and the “positive” look of the adult) for the child to develop a relationship ” secure” from self to self.

In this respect, certain books intended for today’s parents (here again, of Montessori inspiration) cause concern when they give precedence to the individual and solitary activity of the child over the relationship with others, and this, from the age of the baby. This is to neglect that any personal achievement is also part of a collective, a community, which gives it meaning and constitutes a horizon of expectation.

These questions arise all the more on the side of children who have the fewest resources to play this role of solitary and autonomous learner. Children from working-class backgrounds have been less acculturated to playing this role of pupil or playing educational games; children who are vulnerable at the psycho-affective level (those who have suffered violence, for example) surely need more specific attention, and so on.

Therefore, we understand that the notion of autonomy can be the cache-sex of a logic of disempowerment of the care of the less well-endowed. Beyond early childhood, for example, it is attested that the logics surrounding the care of the unemployed refer more and more to logics of empowerment and “autonomy” (draw in oneself, in one’s supposed resources , to be an “actor” , rather than to be accompanied by others or the community).

In early childhood institutions, the child who does not learn as expected, or does not play the expected emotional score, can then be criticized for his lack of autonomy, which can also possibly be referred to the parents.

We thus understand that autonomy is ultimately linked to the notion of social order. Whether at school or in the family, the autonomous child is a child who does alone, and early, what is expected of him, without the adult needing to remind him. He is therefore also deeply obedient.

The growth of the notion of autonomy seems to us to correlate with expectations of more asserted social order, even if they sometimes appear less visible. It is no coincidence that the concept of autonomy is also very successful in the world of work . The contemporary worker is not directed by the stick; he has room for initiative which he is expected to seize in order to be creative, proactive, more and more efficient, etc. However, deviations from this implicit discipline are duly reprimanded.

In short, the search for autonomy of the child could be linked to the dissemination of neo-liberal values: dissolution of solidarity, enhancement of the supposed “potential” of each, abandonment of the less well-endowed, in a society where contestation is less and less possible.

Initially, the word “autonomy” meant “setting one’s own rules”, which seems very far from the current use of the notion, which consists rather in conforming to the social order as soon as possible, and without there being any need for a reminder, even to the point that we forget that it is only an injunction (it seems to come from the child).

To conclude, the notion could be turned against the use that is made of it today, to identify visions of education contrary to those we have just described. Accessing autonomy would mean learning, in particular thanks to others, to question these expectations of early ordering, possibly different from what the child-individual wants for himself and which remains to be invented.

Author Bio: Ghislain Leroy is a Lecturer in education sciences, researcher at the CREAD laboratory at the University of Rennes 2