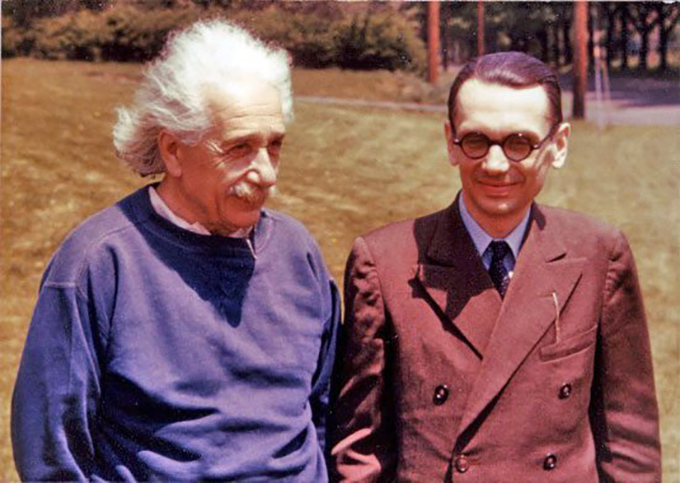 The recent events surrounding Donald Trump’s first few weeks in the White House have left many wondering how a political outsider can become president of the United States.

Does Trump’s rapid rise to the presidency mark a change in how election campaigns will be conducted? Is it possible to have a president who does not believe in the traditional conventions of governance and democracy? Could the United States even end up with a dictator?

The last of these questions is particularly interesting. Answering it would involve a careful study of the US constitution which, according to legend, was done by the great Austrian mathematician and logician Kurt Gödel.

As the story goes, Gödel was preparing for his US citizenship examination in 1947 when he claimed to have found a “loophole” in the constitution that allowed the US to elect a dictator. The actual loophole was never explained and has been the focus of much study and speculation ever since.

Gödel was accompanied to his citizenship examination by his good friends Albert Einstein (yes, the famous physicist) and economist Oskar Morgenstern (one of the founders of game theory).

They tried to discourage him from discussing dictators and loopholes, but Gödel couldn’t help himself and told the citizenship examiner about the discovery. Gödel did receive his US citizenship, thanks in part to Morgenstern’s and Einstein’s endorsement.

There is reason for scepticism about some of the details of this story but if there’s one thing we’ve learned from the recent US election, it’s this: never let the truth get in the way of a convenient fiction.

In any case, the Gödel story is at least plausible. He spent a great deal of time thinking about systems of rules (axiom systems in mathematics), and looking for their limits and what such systems can say about themselves.

The idea is roughly this. Consider the sentence “this sentence is not provable”. If you prove it, you’ve proved something false because of what the sentence says. So it must not be provable.

But, then, what it says is true, so there’s something that is true but not provable.

There is much more to Gödel’s incompleteness theorems than this, but this is the core idea: you turn the system back on itself in a kind of loop to reveal its own limitations.

These results were – and still are – big news. In effect, they show that there are blind spots in mathematics, things mathematics cannot prove but can nevertheless be recognised to be true.

Put this way, Gödel’s results lead to a very natural thought – elaborated on by the philosopher J R Lucas and the mathematician and physicist Roger Penrose – that the human mind is not a flesh-and-blood computer.

This Lucas and Penrose thesis is interesting but it is ultimately flawed, for technical reasons I won’t go into here. But I offer it as just one of the many possible applications of, and interesting discussions revolving around, Gödel’s incompleteness theorems.

In later work Gödel turned to an important mathematical conjecture about the size of one of the most important collection of numbers in all of mathematics: the set of real numbers, which comprises the natural (counting) numbers, fractions, numbers such as the square root of 2, and the transcendental numbers such as π and e.

It is straightforward to prove that there are more real numbers than natural numbers, even though there are infinitely many of each.

A very natural question is: how much bigger is the set of real numbers? An important conjecture on this issue, known as the continuum hypothesis, was advanced in the 1870s by the German mathematician Georg Cantor, the founding father of set theory, the branch of mathematics that deals with defined collections of objects.

Taken together, these two results show that mathematics is silent on a very important mathematical issue. The question of how many real numbers there are is undecidable, at least in standard set theory.

A common thread in much of Gödel’s work is loops. He even looked at solutions to Einstein’s equations of general relativity and found that the equations allowed for closed time-like loops, or “time travel solutions”.

Author Bio: Mark Colyvan is Professor of Philosophy at the University of Sydney