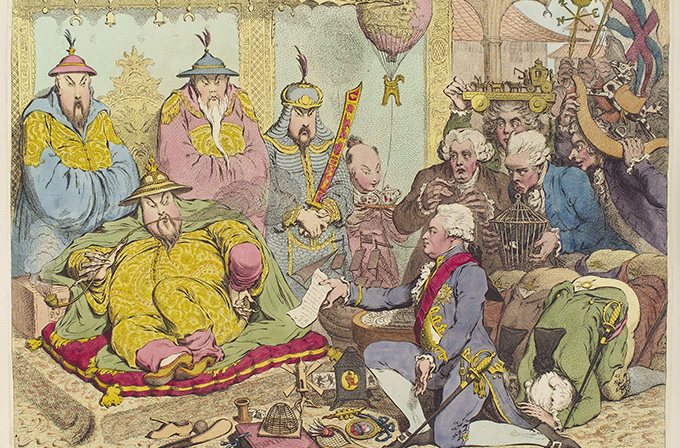 Those who have studied history understand the importance of being engaged in the global economy.

Two thousand years ago, China represented nearly 25 per cent of the global economy. In 1600, it was 30 per cent, and a third in 1820. The country was a global powerhouse, to say the least.

There is a famous story from 1792 when King George III’s ambassador led a trade mission to China with a cargo of the latest European technologies to present to the Chinese emperor — telescopes, globes, barometers, lenses, clocks, carriages, and other such things.

Historians report the Chinese emperor said: “There is nothing we lack — we have never set much store on strange or ingenious objects, nor do we want any more of your country’s manufactures,” thus reflecting his insular view.

A complicated set of factors, including weak Chinese leadership, internal conflict and a rejection of Western technology led to China turning inward and missing out on the Industrial Revolution. This left China significantly weakened, and subject to invasion and Western humiliation.

China down and out for more than a century

China’s demise in the 1800s lasted for more than 100 years. It was not until the 1978 Chinese Communist Party reforms under Deng Xiaopingthat China re-emerged, allowing it access to Western markets and technology, thus providing economic growth and prosperity for the Chinese people.

Today, on a PPP (purchasing power parity) basis, China is the largest economy in the world — as it was 200 years ago.

This experience provides clear lessons for the United States.

The U.S. has been the world’s largest economy for the past 150 years. As journalist and author Farid Zakaria noted in his 2008 book The Post-American World and the Rise of the Rest, it’s now a post-American era, where the U.S. is not falling, but other countries are closing the gap.

But Zakaria’s book was published before the rise of Donald Trump and the insular and protectionist sentiment sweeping America. 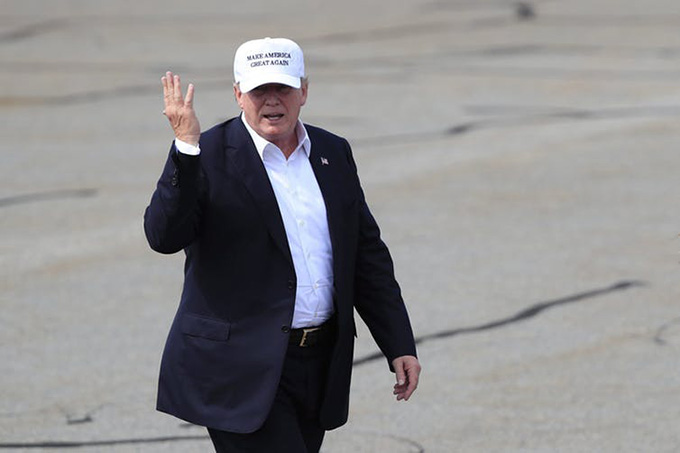 Donald Trump would be wise to heed the lessons of Chinese history as he shuts off the United States from the rest of the world. (AP Photo/Manuel Balce Ceneta)

Trump has also ordered a renegotiation of NAFTA, and has imposed tariffs on steel and aluminum imports into the U.S., prompting swift retaliatory action from the Europeans and Canadians. And now there is a very real possibility of a further round of tariffs. An all-out trade war seems increasingly likely, with dangerous economic and political ramifications for the United States and the world economy.

Also, and remarkably amid tensions with North Korea, Trump has also forced more protectionist dimensions into the U.S.’s free-trade agreement with South Korea.

Trump’s views that such agreements allow the rest of the world to benefit at the expense of the U.S. is so very wrong — these are not zero sum agreements. His moves to limit immigration are another dimension in his insular and protectionist vision for the U.S.

Closing the U.S. off to the rest of the world is reminiscent of China more than 200 years ago. Of course, the circumstances are very different and it’s a different age. Nevertheless, leading economies of the world must be fully engaged in the global economy, both economically and politically.

It’s time for Trump and his supporters to understand that it is inconsistent to be a global power and protectionist.

The United States must remain open to trade, investment, immigration and the free flow of ideas. It must remain fully engaged in international institutions such as the United Nations, the International Monetary Fund and the World Bank — being a superpower is about both hard and soft power.

There is a clear contradiction between “make America great again” and closing off from the world. If the U.S. closes itself to the world, its future as a world leader in every way is at significant risk.

Author Bio: Walid Hejazi is an Associate Professor of International Business, Rotman School of Management at the University of Toronto