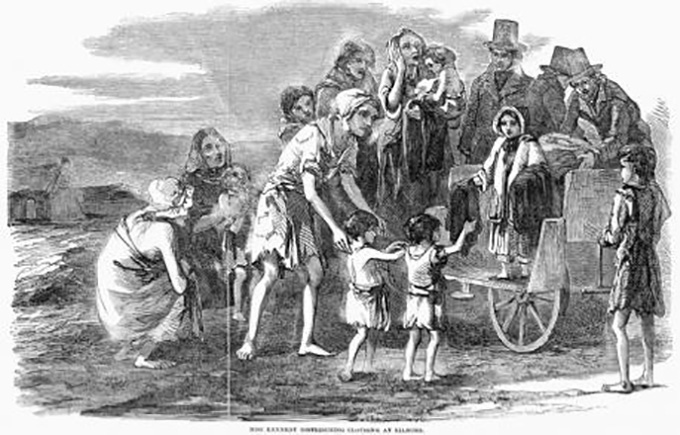 Ron Chernow probably did not foresee his biography of American founding father Alexander Hamilton inspiring a Broadway musical. Six nights a week, however, the protagonist of his 2004 work can be found in New York – and now London – declaiming his political philosophy over a hip-hop beat, to rapt audiences and rave reviews.

And I’m sure that historian Victoria E. Bynum never imagined, either, that her tale of a mixed-race community in Civil War-era Mississippi would be turned into a Hollywood movie. Yet The Free State of Jones, starring Matthew McConaughey, grossed $25 million in 2016.

Still, for those of us whose research entirely avoids widely known figures or obviously controversial topics, imagining an afterlife for our work outside academic circles can be particularly difficult. So when my first book, on English colonial society in the 17th- and 18th-century Caribbean, was published in 2010, I had no thought that any element of it could become a topic of passionate controversy.

I didn’t bank on the rise of the white nationalist-inspired alt-right movement.

My book included a chapter that dealt in part with the experiences of the Irish in plantation communities. It asserted that while these settlers faced ethnic and religious bigotry from the far more numerous English Protestant colonists, their whiteness allowed them to survive, and even in some cases to flourish. Some Irish indentured servants worked and lived in close proximity to enslaved Africans, but the positions and prospects of the former were very different from those of the latter; once their terms of service ended, the Irishmen hoped that they might someday become planters themselves, and purchase their own slaves. Some historians have argued that a degree of kinship emerged between Irish servants and African slaves, but I explained that there is a consensus that there was no such category as the “Irish slave” in the Caribbean – or anywhere in the Anglo-American world.

Nonetheless, the claim that Irish migrants to the Caribbean, as well as to the North American colonies, were enslaved has been employed by the alt-right in recent years to undermine attempts to address contemporary racial injustices. Just as some white Americans have responded to the Black Lives Matter movement with the counter-claim that “All Lives Matter”, the myth of Irish enslavement has been propagated within far-right discourse to invalidate claims regarding the unique nature of the historical sufferings of African-Americans. If Irish migrants were also enslaved, they ask, why have their descendants found economic and political success in America and relinquished any resentment of their former oppressors, while many black Americans remain embittered and believe that they deserve redress from white America?

As a Mississippi man told The Washington Post in 2015: “Even the Irish, we were slaves. At some point, you just have to get over it.” The claim was echoed by Fox News presenter Kimberly Guilfoyle: the Irish “don’t run around going: ‘Irish Lives Matter’,” she said (although T-shirts bearing this slogan are available online).

When I became aware of all this, I was shocked – not only by the aggression embedded in this discourse but also by the fact that what I had considered “my” small segment of history lay at the heart of it. Perhaps the alt-right’s assertions were even a misreading of my own research into this little-known area of colonial history. It all felt very personal, and, initially, I felt it was my responsibility to set the historical record straight. I assumed that if I did so, the proponents of “Irish Lives Matter” would recognise their error and drop their claims.

After some reflection, however, I realised how naive this idea was. If outlets as well known as the The New York Times, Al Jazeera and HuffPost, all of which have published deconstructions of this myth, were unable to counter the numberless blogs and websites that continue to propagate it, what chance did I have?

While I believe strongly that academic work can deepen public understanding of many issues, I grudgingly accepted that a hard-hitting paper in a scholarly journal, or even a strongly argued newspaper op-ed piece, was unlikely to sway the ideologues. So I put my efforts into anti-racist public activism instead. I attended marches and demonstrations, donated money to campaigning groups and supported politicians who shared my concerns.

Although it is difficult to measure the success of such efforts, they made me feel better. It felt good to be engaging directly with the important political issues of the moment, obeying the famous – if apocryphal – command of the American labour activist Joe Hill: “Don’t mourn; organise.”

Moreover, if Michael Gove is right that the public – in the UK, and no doubt in Donald Trump’s US, too – has had enough of experts, then it surely makes sense to use our expertise not so much to try to argue bad actors out of their misguided worldview but to inform direct political action instead.

This past spring’s flowering of activism – in defence of pensions, against sexual harassment, and in response to Brexit and Trump – underlines that thought: that we must sometimes convert erudition into engagement. Like the British women’s suffrage activists whose centenary we have celebrated in recent weeks, academics must occasionally look to “deeds, not words”.

So if anyone wants to help me work on a musical about life on 17th-century English plantations in the Caribbean, I’d be very happy to hear from you.

Author Bio: Natalie Zacek is a senior lecturer in American studies at the University of Manchester.