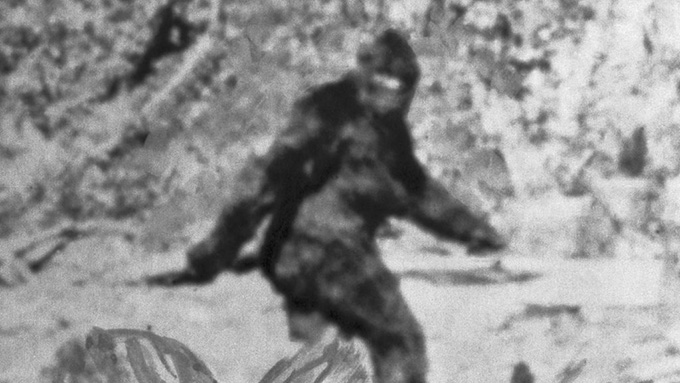 While teaching a course on research methods at the United States Air Force Academy, I concluded that the course needed a bigger emphasis on broad scientific reasoning skills.

So I incorporated material about the difference between science – the systematic process of evidence-based inquiry – and pseudoscience, which is the promotion of unreliable scientific claims as if they are more reliable than other explanations.

I wanted to understand why people promote claims that conflict with science. I jumped at the opportunity to develop this type of course at SUNY Cortland.

We look at some of the common scientific reasoning failures that pseudoscience exploits. These include hand-picking anecdotes to support a belief, developing a set of beliefs that explain every possible outcome, promoting irrelevant research, ignoring contradictory information and believing in unsubstantiated conpiracies.

We particularly highlight motivated reasoning, the tendency for people to process information in a way that helps them confirm what they already want to believe. For example, someone might accept scientific consensus about cancer treatments but question it with regard to vaccines – even though both are supported by strong scientific evidence and expert consensus.

Some of the topics we examine include the flat-Earth belief, creationism, Bigfoot and other cryptozoology ideas, psychic ability, conversion therapy, anti-vaccination, astrology, ghosts and climate change denial.

Students complete two papers to reinforce their knowledge. First, students develop their own bogus scientific claims and a corresponding plan to convince people that their claims are legitimate. Allowing students to invent and promote novel forms of pseudoscience gives them a safe context in which to examine specious scientific arguments.

Second, students review old issues of Skeptical Inquirer, the leading national magazine about science and critical thinking, to summarize the topics that were being addressed at that time. Students also dive more deeply into a specific topic like unexplained cattle mutilations or the Bermuda Triangle. Then they write a paper based on an example I recently published in Skeptical Inquirer. I’m hopeful that future column installments will include students’ work.

The internet has provided pseudoscience communities with the unprecedented ability to promote their false claims.

For instance, flat-Earthers have relied on YouTube to create doubt about Earth as a globe. The Bigfoot Field Researchers Organization uses Facebook to support Bigfoot belief. These platforms take advantage of people’s tendency to believe material posted by their friends or authoritative-sounding sources.

This course is also relevant now because the consequences of poor scientific reasoning are so significant. People who believe these sorts of false claims risk their own health and that of the planet, by avoiding helpful, safe vaccines or useful discussions about the problems presented by climate change.

It’s important for students to understand that reasonable, intelligent people promote pseudoscience. When people encounter pseudoscience they don’t personally believe, they sometimes conclude that the pseudoscience supporters are unintelligent or mentally unwell. This type of explanation is shortsighted.

Everyday people are drawn into believing pseudoscience because they have limited cognitive resources and they use cognitive strategies, like relying on anecdotes, that can lead to erroneous belief. Human scientific reasoning is particularly flawed when humans really want to reach a particular conclusion.

Belief in pseudoscience also develops out of social interactions. Friends and family members commonly share their reasons for believing in creationism, ghosts, fad diets and so forth. This type of social influence goes into overdrive when people join communities that collectively promote pseudoscience. I have attended Bigfoot and flat-Earth conferences. These conferences create powerful social experiences, because so many friendly people are available to explain that Bigfoot is alive or the Earth is flat, both of which are, clearly, false.

The “Defining Pseudoscience and Science” chapter by Sven Ove Hansson in “Philosophy of Pseudoscience: Reconsidering the Demarcation Problem” sets up what I call the psychological puzzle of pseudoscience: How do people convince themselves and others that an unreliable scientific claim is actually reliable?

We also have guest speakers, including philosophy of science scholar Massimo Pigliucci, journalist and folklorist Ben Radford, exposer of psychics Susan Gerbic, a local Bigfoot enthusiast, and Janyce Boynton, who discussed facilitated communication, a discredited communication technique in which some people physically assist nonverbal people with their communication, for example, by guiding their hands as they type.

The course prepares students to identify dubious scientific claims. In so doing, they should become less vulnerable to being drawn into pseudoscience. The course also enhances familiarity with specific forms of pseudoscience. I expect climate change denial, anti-vaccination and creationism to remain major points of contention in American society for decades. Educated people should understand the discussions that occur around these kind of social problems.

Author Bio: Craig A. Foster is Professor and Chair, Department of Psychology at the State University of New York College at Cortland