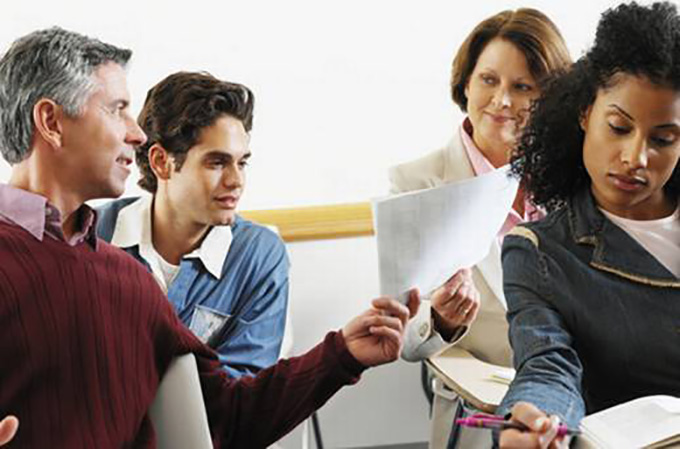 If you step on to a university campus in any town or city across the UK, chances are that most of the students you will see will all be of a similar age. Yes, there may be the odd “mature student”, but for the most part, a lot of the students look to be in their late teens, or early twenties.

Student numbers have almost doubled over the past 20 years, but during this time there has been a massive decline in the number of mature students – both part-time and full-time. Since 2010 these numbers have dropped by more than 60%, which, to put it bluntly, is nothing short of a disaster.

A person is considered a mature student if they are 21 or over at the start of their studies. The average age for a student to finish their studies is 22, and just 10% of mature students are over 40 when they start their courses.

Les Ebdon, the director of the Office for Fair Access, which aims to promote fair access to higher education, said:

There is no sign of improvement in access for mature and part-time learners, which continues to be a grave concern.

A lot of this started back in 2012, with the introduction of the new rate of tuition fees. At this time, the cap on part-time fees was also raised to £6,750 a year by the government. For many students this simply makes part-time courses inaccessible, and has led to some of these courses being postponed or even closing altogether. Critics have also pointed to the failure of the student finance system to meet different needs of different students.

Research shows that many mature students are more likely to be from disadvantaged or underrepresented groups. This could go some way then to explain the low numbers of older people at university. It seems for many adults, higher education is simply seen as something for the young, or something that costs a lot of money.

And yet despite this drop in the number of adults going to university, a lot of the recent focus has been placed on widening access to higher education for school pupils. By 2018 universities are predicted to spend £170m on outreach activities aimed at children of school age. Groups traditionally under-represented at university have been specifically targeted in a bid to boost participation levels. This includes school pupils from the most socioeconomically disadvantaged backgrounds, those with mental health and specific learning difficulties, along with certain ethnic groups.

In the last decade these types of outreach approaches have shifted significantly from well meaning, generic aspiration-raising activities, to a harder focus on raising achievement levels in under-performing schools. This often involves interventions to support pupils from disadvantaged groups to raise attainment, and to make the “right” subject choices.

Universities are also now encouraged to target “cold-spot” schools in “opportunity areas”, which includes places such as Blackpool, Derby, Norwich, Oldham, Scarborough, and West Somerset. But by targeting only school pupils, universities are excluding many potential adult learners who currently lack fair access to higher education too.

This is exactly what I looked at in my latest research which focuses on how four universities in the UK target adult learners, and at the success and impact of this outreach.

I looked at a range of initiatives from The Open University’s science, technology and maths access module – which prepares adult learners from disadvantaged backgrounds to progress to their first undergraduate science module, to Bristol University’s work with adults lacking conventional qualifications. This includes former offenders, people with a history of substance abuse, refuges and asylum seekers, single parent families as well as local ethnic minority communities.

I spoke with Leeds University’s Lifelong Learning Centre, which targets outreach activities in low-participation neighbourhoods. And I also looked at the work Birkbeck, University of London was exploring in their Higher Education Introductory Studies course. Interviews with current students on these courses revealed many had fled from conflict zones – demonstrating the unique and varied demographic of people who often attend as mature students.

My research reiterated that adult learners are all very different – with many coming to education from a unique and at times unconventional route. In this way, information, advice and guidance needs to be more effective to meet adult learner needs. This is important because many educational pathways are complex, and financial support is often hard to come by and can be confusing to access.

Ultimately, universities need to make it easier for people without traditional entry qualifications to succeed in higher education. One way this could be done is by providing flexible learning options, so that people with family, caring responsibilities, or part time work can study alongside their wider commitments.

Adult learners from disadvantaged backgrounds are naturally going to be a difficult group for universities to reach. And many of these potential students may also face psychological barriers as well as financial obstacles. But universities are missing a key element in the creation of a diverse student body if adults are ignored. So if education really is for all, more must be done to help some of the most disadvantaged members of society to access it.