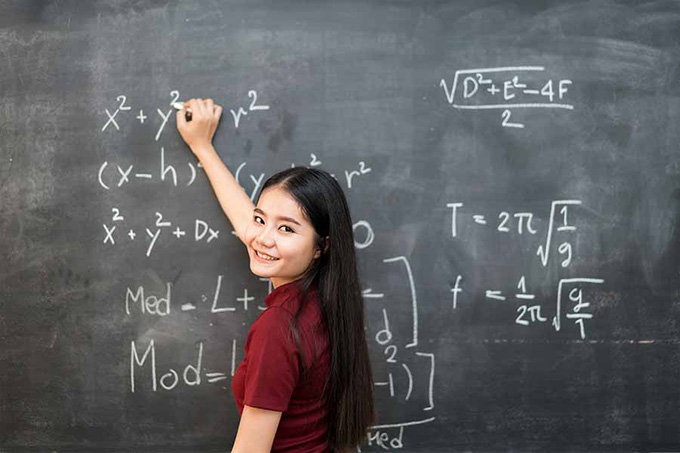 It is a discipline that occupies a special place in the French school system and is part of the so-called fundamental learning. However, “the current image of mathematics is worrying”, noted Cédric Villani, mathematician and deputy, and Charles Torossian, inspector of National Education in their report on the teaching of maths delivered in 2018.

And the reform of the bac put in place at the start of the 2019 school year has obviously not improved the situation. Many mathematical associations and even business leaders have denounced the harmful, even catastrophic, consequences on the place of mathematics in our society, in particular to ensure the breeding ground for the professions of tomorrow. A place that will be at the heart of the Assises des Mathématiques organized from November 14 to 16, 2022.

With the end of high school streams and the new set of specialty courses and optional options, student engagement in the field has decreased. Before the reform, about 50,000 students, or 13%, no longer did math from the Première class , compared to 170,000, or 36%, after the reform. Studies have shown that since the reform, girls are less likely than boys to choose the Maths specialty in Première and the “expert maths” option in Terminale.

The DEPP data unambiguously testifies to the effective drop in the number of girls benefiting from mathematics education from the Première. They are 55% to choose the Maths specialty in Première, against 75% of boys, they are even less likely to maintain this choice in Terminale (26% against 52% for boys).

Even if these observations are unfortunately not new, they have been accentuated with the reform, which is unacceptable in view of the social and societal inequalities at stake. But what is happening with this discipline? Why is it getting so many reactions, both negative and positive?

The vision that we have, in France, of mathematics is dominated by beliefs and fantasized representations of this discipline. Even if many people have denounced the existence of a “math hump”, supported by scientific studies, this belief persists in our society and contributes, even today, to conveying a very elitist and unequal vision of mathematics. . There would be the lucky ones and those, mostly those, who would not have had the chance to possess this gift and thus to be able to flourish and succeed in this discipline.

But why does this vision of mathematics persist so much? If you are asked to think of a person who, in your eyes, embodies mathematics, you will think either of well-known mathematicians like Cédric Villani or Alexandre Grothendieck, or of a former comrade who had averages in mathematics who were admired or the desperation of all the classes he was in. These people are almost always people in a somewhat exceptional situation, with whom you cannot easily identify, and generally male.

This is one of the first causes of persistence of the myth, the difficulty of imagining that a mathematician or a mathematician could be an ordinary person, who would have neither a spider in a spit nor a cave to inhabit. We often have the caricatural image of a character with glasses and shaggy hair, removed from material contingencies and his time. It is a completely false and outdated image, which will persist as long as the media, books and textbooks convey it unconsciously or through negligence.

This is why it is imperative to act on the level of these representations marked by stereotypes, to counter them with more realistic and more diversified models – in particular at the gender level – with which everyone can identify, whatever their gender, social or educational status.

The history of the discipline

Another track can be put forward to explain the persistence of the elitist vision that we have of mathematics. It is that of its history in the French school system . It should indeed be remembered that even before it became THE discipline of selection as we know it today, this discipline was reserved for men and particularly for those from backgrounds that we would today qualify as favored.

It was not until 1880 that women were able to benefit from secondary education, and even then, with a lighter mathematical program compared to that of men, the school programs having been unified only in 1924. In fact, it was considered until then that the teaching given to women should mainly contribute to training them to become good wives and mothers of families and that they could dispense with studying disciplines that were too complex, such as mathematics.

Thus, from a late co-education decreed in 1975, preceded by almost a century of teaching differentiated both by the sex of the teachers (see below) and by the curricula, lightened for girls, there certainly still remains today the belief that boys are more predisposed than girls for certain subjects, including mathematics.

Just as the school massification , preceded by centuries of secondary education reserved for an elite, was done without really supporting the teachers to address all the pupils as the documentary “History of a nation shows very well : school from 1945 to the present day” broadcast on France 2 in October 2022.

The way mathematics is taught and the high school programs can also be avenues for understanding the persistence of the denounced myth. It should be remembered that the competitions for recruiting teachers were not merged until 1975. Previously, there were separate competitions according to gender: men could teach boys as well as girls, while women could not could teach only girls.

From the reform of the general baccalaureate of 1965, in secondary schools, the classes of scientific sections and more particularly those with examinations are generally reserved for agrégation teachers, establishing de facto a hierarchy between teachers according to their status and their level of education. teaching, but also a hierarchy between the students, suggesting that the elites of the scientific sections are reserved for the “best” teachers.

Asking students to understand their choices of specialty in Première and their relationship to mathematics, I was able to see the sometimes harmful influence that the positioning of a teacher could have on the commitment of students in their mathematical learning. Several Second year students reported the fact that “the teachers only work for those who are going to take the Maths specialty in First Year and do not worry about the others”.

This observation, although very relative but nevertheless not very brilliant, can be explained by the nature of the new programs attached to the reform which oblige the teachers to adopt a rhythm of teaching more adapted to the pupils intending to continue their studies in mathematics than ‘to those who do not make this choice.

Thus, by acting on the level of representations of mathematics, by countering the elitist vision of this discipline by allowing all students to take an interest in it, for some at a high level, mathematics could no longer be a problem and even why not , become a solution to school failure.

Author Bio: Nathalie Sayac is a University Professor in didactics of mathematics, Director of Inspe de Normandie Rouen-Le Havre at the University of Rouen Normandy