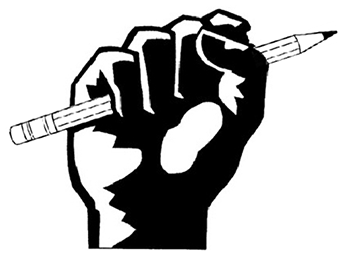 Conservative speaker Ben Shapiro gave a “successful” talk at Berkeley recently. It’s a sad state of affairs that we now call a talk by a non-Leftist as “successful” if it satisfies the condition of “no Leftists rioted.”

The secret to the success? Not telling the police to stand down. It’s a good start, but another thing that needs to be done is to get rid of the rioters. Claremont suspended riotersand so far no more riots; I suspect Berkeley will always be on edge until they adopt a similar policy.

These speakers don’t come to campus randomly, they are invited to campus by students, desperate to hear something besides the usual indoctrination. But time and again rioters show up to shut down an opposing point of view.

Another school with rioters I covered was Middlebury, which helped to show that the higher the tuition, the less free speech on campus. Middlebury didn’t track down rioters and suspend/expel them, and so admin there is still afraid.

How bad is it?

That’s right, all you have to do to shut down non-Leftist speakers at Middlebury is phone in a threat, and make it sound good.

I feel the need to point out that our colleges are ruled by people with advanced degrees inleadership, integrity, vision, all sorts of silly administrative things. And yet, somehow, they consistently make the most idiotic administrative decisions possible.

Now, yes, I grant that if some clown called in a bomb threat to the school, classes need to be shut down—campuses are so huge that they are impossible to secure against this sort of thing. Of course, when an idiot does this, he’s tracked down and the law comes down hard on him (and he’s expelled as well). Why isn’t similar risk levied against someone who threatens a non-Leftist speaker?

Heck, an actual threat need not be made:

Proposed events will be evaluated by a Threat Assessment and Management Team; if the team feels that an event attracts an “imminent and credible threat to the community,” it could be cancelled.

That’s right, we now have an actual committee (hopefully not loaded up with full-time members, but I can’t rule it out) that’ll decide if a non-Leftist will be allowed to speak. No actual threat will be necessary, the committee need only have a belief that the speaker will attract Antifa or some other terrorist group.

This is an idiotic thing to announce. It must take years of advanced administrative training to come up with such a stupid plan, and announce it. This team has guaranteed that threats of violence will be a certainty for future speakers.

The violence at Middlebury was exceptional, but it’s being matched by the cowardice. All that tuition money and they can’t just afford to have the police do the job they’re trained to do?

The policy suggests that such measures would only be put in place for “exceptional cases.” But what’s an exceptional case? The views Murray intended to articulate at Middlebury last year were perfectly conventional. He’s no Milo Yiannopoulos—and in fact, he has specifically refused to share a platform with the former Breitbart writer. And yet students resorted to explicit violence to silence him.

I grant that in their cowardly and shortsighted way, admin is simply making the best decision to keep themselves safe. I respect that, but their job is supposed to be as stewards for the school, to preserve its mission for future generations.

This plan won’t preserve the campus, it will destroy it. See, the whole point of higher education is to educate. If only one set of ideas is possible to be discussed on campus, no education will be possible there, only indoctrination. I know, lots of campuses provide indoctrination, but at least other campuses give a (small) chance of providing an education.

Who in their right mind will pay tuition to send their kid to a school to get indoctrination?Much like with Mizzou, the student base here will only fall, and eventually this school will dry up and blow away.

I’ll keep my eyes open for a news report next year, about how Middlebury is closing down dorms, or shutting down completely due to a drop in the student base. In the meantime, anyone want to bet against me?