Recently published UK government plans proposed that by 2030, 90% of children leaving primary school in England should reach the expected standards in reading, writing and maths, compared with 65% in 2019. 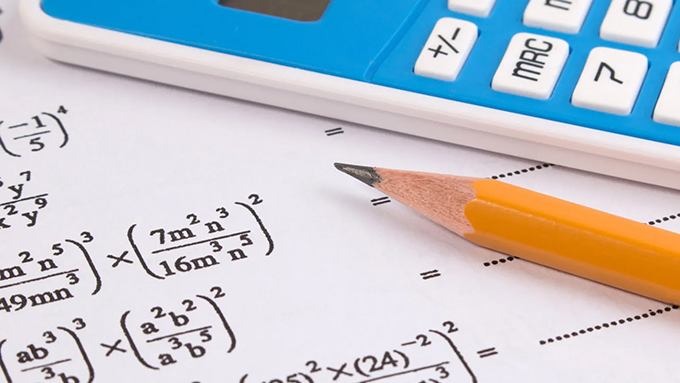 As part of efforts to achieve this, the government is introducing more testing. In June 2022, year four pupils (aged eight to nine) must take a multiplication tables check. This means that, for mathematics, children will be tested four times during primary school.

Although test results can be informative, more testing will not necessarily help children who struggle. In fact, test situations induce anxiety, and preparing for high-stakes tests can turn classrooms into test-preparation factories. By the end of primary school, many children have sat through countless maths classes feeling anxious and having no clue what is going on. This is the problem that really needs to be addressed.

Research suggests that, in general, there are two main culprits when it comes to failure in maths. One is developmental dyscalculia – a specific learning disorder, which affects about one in 20 children. The other is maths anxiety, which is an even more common problem. According to a large-scale international study, about one in three adolescents get very nervous when they have to do maths.

Dyscalculia is a developmental disability that involves persistent, severe difficulties with learning and doing mathematics, which are present from a young age. These difficulties significantly interfere with academic or occupational performance, and even with daily activities. For example, a person with dyscalculia may struggle to read a clock, have problems estimating the time needed for different activities, or find measuring ingredients for cooking difficult.

3 March is #DyscalculiaAwarenessDay.
What is dyscalculia you may ask?
Fundamentally, people with Dyscalculia find it very difficult to form relationships between numbers and their values and therefore have little “number sense”. Read more: https://t.co/DcFEfZqAe8 pic.twitter.com/hOxj6J2Nar

On the other hand, maths anxiety is a feeling of tension and fear that many people experience when they are faced with maths problems or when they have to deal with numbers in their everyday life.

It can lead to behavioural problems in class in the case of pupils, as well as to a variety of unpleasant physiological symptoms, such as a racing heart or butterflies in the stomach. A study even found that doing arithmetic while being evaluated by an observer led to changes in people’s posture. They adopted positions which resembled reactions to the fear of falling when standing on an elevated surface.

Although the same person may be affected by both maths anxiety and dyscalculia, this is not necessarily the case. Research suggests that about 80% of children with high maths anxiety show average or above average maths performance.

The effects of dyscalculia and maths anxiety are present from the first school grades, which means that they could be identified and helped from very early on. However, while the reception year baseline check offers an early measurement point where children with difficulties could be identified, this is not how the results of this test are used.

First of all, these results are not shared with schools. Instead, they are recorded in the national pupil database and used to create a cohort-level progress measure for schools at the end of key stage two. There are also no standards to which children’s scores are compared. In fact, individual children are not presented with the same questions, so their scores are not directly comparable.

Any effective educational policy that aims to improve maths achievement needs to tackle both dyscalculia and maths anxiety, and these interventions should start very early. Early testing, if it was used to identify children who need help, could be very beneficial.

Early identification of maths anxiety could be easily done with self-report questionnaires, which ask children to report on how they feel in different situations related to maths learning. These questionnaires can detect maths anxiety in children as young as six years of age.

Our research group is also currently developing a dyscalculia screening tool for primary school-age children. If pupils with these problems are identified early, there is a much higher chance of positive outcomes.

MP Matt Hancock has recently proposed the introduction of universal dyslexia screening for primary school pupils. If the aim of the government is to improve both literacy and numeracy standards, a similar approach should be taken in relation to dyscalculia as well.

For now, a child with dyslexia is about a hundred times more likely to be diagnosed and to receive educational support than a child with dyscalculia. Currently, support for dyscalculic pupils mostly comes from charities and organisations without significant government funding, such as the Dyscalculia Network.

While dyscalculia can lead to permanently very low performance in affected pupils, mathematics anxiety may be most debilitating for students with average or high mathematics potential. These students underperform in important test situations and lack the confidence to make the most of their skills. Of course, maths anxiety may affect children of all abilities.

Although the tools to tackle the sources of failure in maths do exist, there is a long way to go before these will become available for every child in every classroom. Testing done right could be a first step to prevent the development of maths difficulties, without increasing levels of stress among younger children. In time, it could also raise national standards in maths to somewhere near the government’s new target.