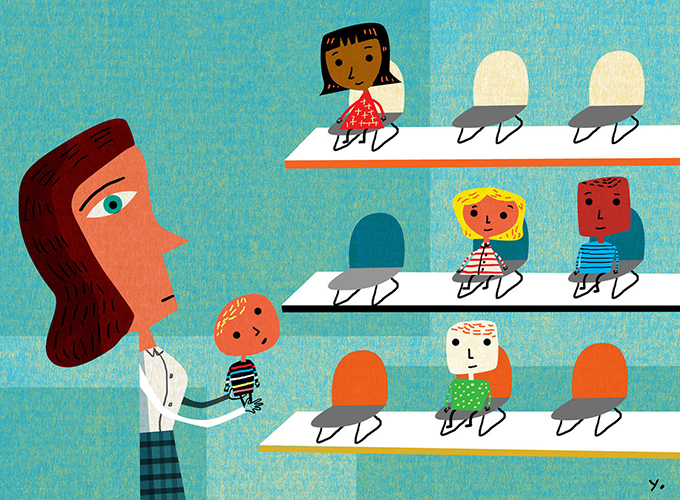 Supporters of streaming argue it enables teachers to focus on learning that is most appropriate for the particular achievement level of each class, and to direct extra resources to struggling students.

However, organisations including the Ministry of Education and Iwi Chairs Forum have spoken out against streaming, and policies on Māori and Pasifika education describe streaming as harmful and discriminatory.

But for a nation’s two main teacher unions to move so decisively against streaming is, as far as we know, unprecedented internationally.

So what does the new PPTA Te Wehengarua high school teachers’ union policy actually say? And is it backed by research?

We take a closer look at of the core two claims about streaming that have stirred debate.

Is streaming really discriminatory and racist?

The PPTA policy claims “streaming creates and exacerbates inequity” and “Māori and Pasifika students bear an inequitable burden” from the harms of streaming.

International research shows that streaming actively widens differences in achievement, self-confidence, and enjoyment of school between students in high and low streams.

There is also overwhelming national and international evidence that streaming produces racist and classist outcomes and some studies (and the PPTA policy) link streaming to historically racist policies.

In other words, streaming reinforces racial and gender achievement gaps and racist stereotypes, going against the idea that all children get a fair go in our public education system.

When teacher expectations are low, the students are placed into low-level ability groups or streams, often completing mundane, repetitive tasks. Certainly, their learning activities are very different to those of students in the top groups or streams.

This creates a visible gap between the higher and lower achievers. As students go through school, the gap gets wider. Students become disillusioned, lose self-esteem, motivation and engagement when they are continually told through grouping and streaming that they are “not good enough”.

Yet, when students from lower-level groups or streams are given the same opportunities as those in the top groups, they do just as well as those who supposedly had more ability.

Proponents of streaming argue that all students are equal but learn differently, however, the very structure of the streaming system communicates a different message.

Is the proposal to end streaming by 2030 realistic?

So what needs to happen to make the PPTA’s new policy a reality?

It is very possible for streaming and ability grouping to end in Aotearoa by 2030, but it will take a massive and coordinated effort.

Moving away from streaming and ability grouping will work best if everyone works together – including teachers, principals and others working in schools along with government agencies like the Ministry of Education, New Zealand Qualifications Authority and the Teaching Council.

Iwi (Māori tribal) groups and the wider community have a role to play as well.

It is essential that we have a shared understanding of why the change is important and a shared plan for how to get there.

If streaming and ability grouping is to be removed from our schools, then something needs to be put in its place. We need to keep developing and sharing effective ways of teaching without streaming.

Successfully moving away from these practices is a multi-year project for a school. Transitions that are not well planned can lead to the failure of de-streaming initiatives, and strong leadership is vital to support sustainable reform.

Teachers are already under huge workload pressure, so this needs to be supported with time for them to learn and plan.

With brave leadership, careful and coordinated change, professional development and – most importantly – government investment to support schools through the change, by 2030 we might very well be living in a streaming-free Aotearoa.