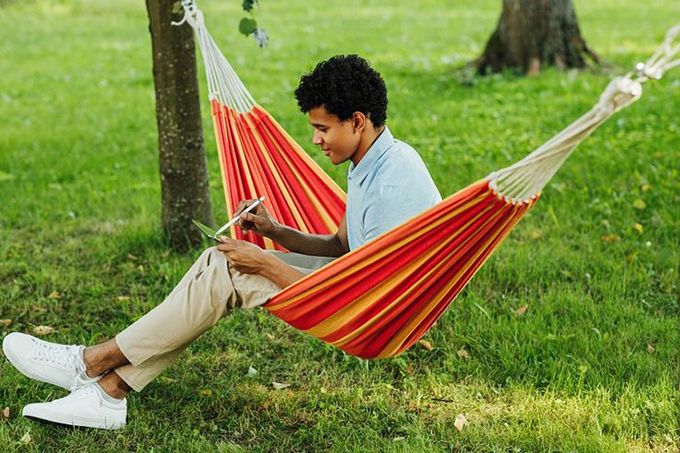 Are you worried that your children will forget this summer what they have learned at school during the year? In any case, academics have been studying this question for more than a century.

When William White, a mathematics teacher from New York State, set out to assess, at the beginning of the 20th century , what his students retained from their courses after the summer holidays, he took them to the re-entered an exam comparable to the one they had had at the end of the previous school year. before comparing the results.

While students made mistakes during their end-of-year exams on an average of 9 questions out of the 70 asked, this rate rose to 25 errors on average after the summer break. But after two weeks of revisions, it went down to 15.

Entitled “Reviews Before and After Vacation” and published in 1906, White’s study came to the following conclusion: “it is the notions which are the least vital which are most quickly forgotten”.

White’s work is one of the first to identify what education professionals call summer learning loss – the negative effect of a long break on students’ ability to remember knowledge and to mobilize the skills they had acquired during the school year.

Studies on this summer forgetfulness multiplied in the 1990s with the attention paid to everyone’s success. They showed that over the summer, students typically lose a month’s worth of learning in subjects like math and spelling . Research has also shown that lost learning is greater among students with disabilities , those whose native language is not their mother tongue, and who are in the process of learning it, as well as children living in poverty.

But the understanding of this phenomenon is still evolving. According to new research, the students who lose the most knowledge in the summer are also those who showed the most marked progress just before the end-of-year exams. This raises the question of whether the learnings were well consolidated or whether the gains merely reflected special preparation for the test.

Some say that forgetfulness of knowledge during the summer would be less important if the school year were longer and rely for this on international comparisons. They note that a country like China where students have 245 school days is among the top 20 countries in terms of academic achievement in math, science and reading while the United States, where the school year s spread over 180 days, are ranked twenty-fifth out of 77 countries, several points behind Australia, Switzerland, Norway and the Czech Republic, which are between twenty-first and twenty-fourth square.

But a shorter school year does not necessarily translate into lower academic achievement. Thus, according to PISA (Program for International Student Assessment) Irish pupils outperform American pupils by 10 points on average in maths, science and reading despite going to school 167 days a year , i.e. thirteen days less than their comrades in the United States.

A few keys against summer omissions

Some parents rely on academic support programs or vacation books to help their children maintain their academic achievements during the summer. But there are other attitudes, resources and activities that can be used, without necessarily referring to the school world, and here are some of them.

Show the example: Above all, never forget that you are a model for your children, who tend to reproduce what the adults around them do. Summer is therefore the best time to reduce the time spent on screens and increase the time spent reading, writing, walking, playing games or talking.

Go to a library: Children like to feel independent. One of the best ways to allow them to be independent is to take them through the shelves of the local library and pick out books that they can read on their own or that you can read aloud together. Participate in story hours if this is an activity that is offered. Get into the habit of going to the library every week or several times a month at least. These visits will strengthen the children’s bond with reading .

Organize games while traveling: When you’re on the bus, coach or train, there are plenty of number and letter games you can start with the children. You can calculate the number of fast foods you will come across, or look for words starting with such and such a letter. These activities not only keep children interested but also continue to hone their skills in areas such as reading and numeracy.

Encourage your children to keep a diary of their summer: If they don’t have an idea to start, suggest that they list ten activities that they absolutely want to do before the end of the summer. It can be anything from seeing a sunset to going an entire day without wearing shoes. To keep it entertaining, encourage them to write as well as draw .

Visit sites of general interest: Organize visits to discover, for you and your children, notable local sites. Document the visit with a journal, drawings or photos and do some research on the history of the site. These activities can be all the more attractive if you encourage children to learn about the historical or other places you visit.

Organize family picnics: Vary the meals , let the children choose the menus, cook with you and choose the place for the picnic. Research has shown that involving children in meal preparation, such as making grocery lists, can help them improve in reading, writing, and math