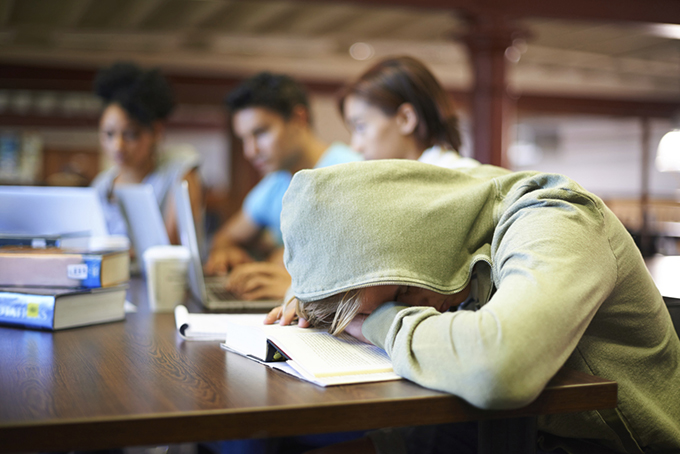 Small financial incentives can get college students to go to bed earlier and sleep significantly longer. That’s what my colleagues and I found through an experiment that involved 508 students at the University of Pittsburgh and the University of Oxford.

When the students were offered US$7.50 per night Monday through Thursday – a total of $30 per week – to sleep longer, they were 13% more likely than those who were not offered the incentive to sleep seven to nine hours. They were also 16% less likely to sleep fewer than six hours.

We collected data from wearable activity trackers, surveys and time-use diaries. The people to whom the incentives were offered were chosen randomly from the group of people who agreed to be part of the study.

The time-use diaries documented a reduction in screen time. That is, students spent less time watching TV and videos or using smart devices during the experiment. There was no evidence of a decline in time spent studying or in time spent socializing. This suggests students gave up screen time rather than time with friends to get to bed earlier and sleep longer.

Sleep deprivation has been recognized by the Centers for Disease Control and Prevention as a public health epidemic. It can have adverse effects on people’s physical and mental health, decision-making and productivity. Our findings shine light on what it takes to get people to adopt better sleeping habits and avoid these negative outcomes.

Since college often marks the first time young adults may find themselves fully in charge of their schedules, they could benefit from help or incentives to form good sleep habits.

Multiple surveys indicate that many people feel they are not getting enough sleep. When people experience a night of poor sleep, the effects are felt the next day.

Our results suggest that just knowing about the benefits of good sleep is not enough for people to actually adopt better sleeping habits. Rather, it may take incentives.

Interventions that help individuals form routines, such as reduced screen time, may have longer-lasting effects.

What is still unknown

A relevant question is whether similar people can be motivated to get better sleep without monetary incentives and with less costly nudges.

In the future, we plan to explore whether interventions to improve sleep habits during college may also help students boost their academic performance. We’d also like to examine whether these interventions can work with different populations and in different places.

Author Bio: Osea Giuntella is Associate Professor of Economic at the University of Pittsburgh