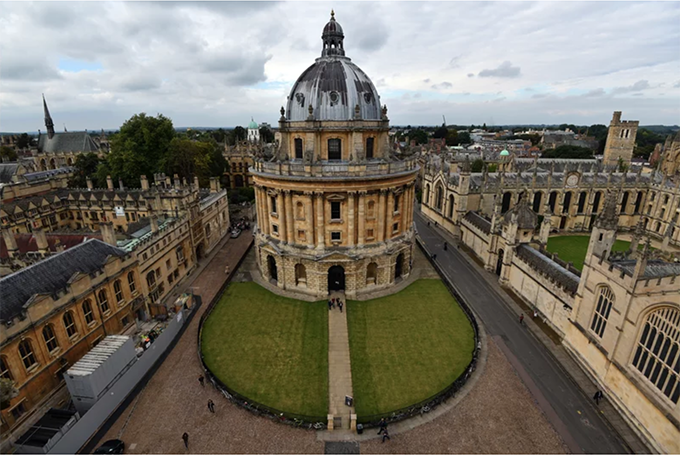 In the 20th century, the American “system” of higher education affected how the whole world performed education and research at the highest levels. It’s now the 21st century, and the corrupted American system is spreading that corruption across the planet. How else to explain the following madness:

Huh. And here I thought academia was about scholarship, not about being “disadvantaged.”

Before dissecting this article, I remind the gentle reader that a British study showed, quite clearly, that going to university decreases your income. How can Oxford, in the face of this study, determine that it should hurt the disadvantaged further by putting more of them in college? How vile is virtue-signaling when it forces you to hurt the very people you claim you want to help?

Like every school in the US, Oxford beats its chest often about how much it’s doing for “those people.” As always, it’s never enough:

But vice-chancellor Louise Richardson says she wants to “accelerate the pace at which we are diversifying”.

Well, at least her name isn’t twice as long as her title. But I really want to point out these people are paid huge sums of money, but have yet to say anything more clever than “more.”

Oxford, along with other top universities, has faced claims of perpetuating privilege – with too many privately-educated students and not enough from poorer backgrounds.

Seriously, why don’t these people know anything? Yes, these schools are where the children of the rich often go, but slamming more poor kids into these “elite” schools isn’t going to change anything. We tried this with the public schools, and all that happened was the wealthy pulled their kids out of such schools, and put them into private schools.

Why would anyone suspect the same thing won’t happen when schools like Oxford try this stunt? Granted, a 900 year old school like Oxford has a great reputation, but it’ll be destroyed over time with policies like these, I’ve seen it often enough over here–Harvard’s repeated (and often self-inflicted) black eyes certainly haven’t done it any good.

Interesting. Exactly how many black students should Oxford have? Why does nobody else think this is a reasonable question? Of course, there will never be an answer to this question, beyond the obvious “more.”

Maybe there should be more, but before we smash a 900 year old school in the name of Diversity, shouldn’t we have some justification beyond a clear desire to hurt “disadvantaged” students?

At present about 15% of Oxford’s undergraduate students are from deprived areas – and the university wants to increase this significantly to 25% over the next four years.

So, what’s the definition of “deprived,” here, and how much of the country is so deprived? The latter is rather important. If 5% of the country is deprived, then Oxford is doing a bang-up job of hurting deprived people (as per the study I cited), and thus doesn’t need to hurt a larger percentage.

Once again, because nothing is defined, the people raking in the real money from all this can just keep asking for “more.”

Actually the article does get into definitions:

What counts as disadvantaged?

It is not by income thresholds or ethnicity, but is mainly based on a socio-economic profile of where people live.

Basically whoever they say is disadvantaged, is disadvantaged. These measures strike me as pretty arbitrary, which I grant is something you want when you’re just going to ask for “more” no matter how much you get.

All this emphasis on hurting the poor by putting them in Oxford, while still allowing as many wealthy as usual, means, by definition the “middle,” the not poor or wealthy, are going to be squeezed out. This seems like a rational conclusion to me.

Such an analysis is rejected by Oxford – with the university saying there is no reason to assume that so many places will go to private school pupils in the future.

In the near future, the above is rubbish: there are only a finite number of slots at Oxford. If you’re not reducing slots for the rich, while forcing extra slots to the poor, then it’s obvious the middle class will be excluded.

That said, in due time, this won’t be an issue: as Oxford’s reputation crumbles into ruin, there won’t be quite so many wealthy applicants (much like what happened in the US public school system).

While many Oxford students do come from private schools, a solid majority are still coming from those state schools, where middle class (and, yes, the disadvantaged) all have a decent opportunity to learn:

The next round of entry figures, covering 2018, will show 60.5% of students from state schools, more than about 58% in the two previous years, and the highest in these records going back more than 40 years.

Setting new records, but is it enough?

And yet, in the face of this egalitarian achievement by Oxford, only one word is ever heard: