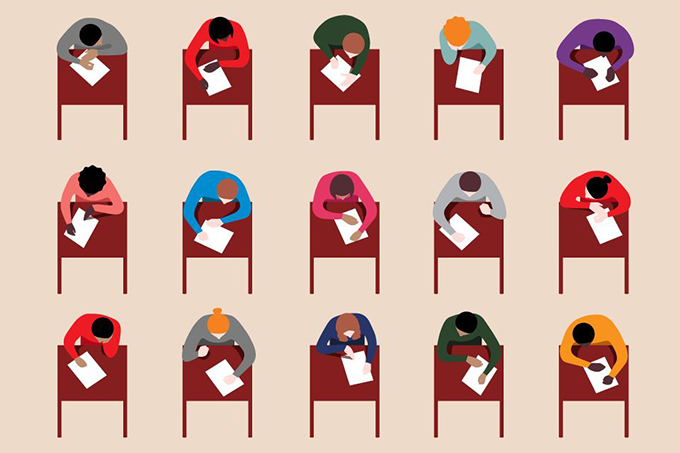 Parcoursup is the platform of orientation and application of high school students to higher education which replaced the Admissions Post-Bac site in 2018. For this second season of use, it seems important to us to return to one of the new features introduced by the procedure: support schemes offered to students to which universities answered “Yes, if” during the application phase.

This conditional admission assumed that newcomers, whose level was considered somewhat fair in relation to the expected requirements of the license, should follow a specific or personalized path, incorporating tutoring, reinforcement modules, or both. How did universities set up courses in this sense?

The recent survey we conducted as part of our association Promosciences has highlighted strong differences in strategies depending on the public concerned, objectives and resources available (human, logistics, digital …).

In order to develop and then deploy these support schemes, it is essential to engage and motivate teachers, research teachers and even student tutors or mentors.

It should be noted that while the promotion of the involvement of student mentors can be carried out through student jobs associated with a recognition of their commitment, it is important that these tutors or mentors are also trained and supported by the teaching teams. . This is an entire ecosystem that must be put in place in each component, or institution, to strive to improve student success. It should not be considered only as “school” but also as personal.

In the same way, teachers involved in these pedagogical support systems for success must be trained, and their commitment enhanced by career advancements. The demand goes well beyond the mere consideration of complementary hours, especially as, for these new pedagogical approaches, the mediation and support of students require investment and skills previously neglected by the system.

The names and the articulations of these courses accompanied by “Yes-Si” with the classic courses must be chosen with relevance, so as not to stigmatize the students who follow them.

In addition to curriculum changes – first-year staggering over two years, or the addition of additional “upgrade” teaching hours over the first year of the license – the major concern of all teams carrying the devices of accompaniment is to make the student actor of his learning. This is generally organized through so-called “active” pedagogies, by project or by problem, which privilege the authentic situations of investigation and facilitate interactions between peers.

However, the strategies implemented to achieve this goal, and ultimately support young people in the appropriation of their new student job, differ from one training to another, from one institution to another. The methodological teachings of university work have shown their importance, but also seem to have limits (at least in their classical form), with regard to their ability to engage students in a dynamic of success.

Tutoring is a difficult tool to manage because it is often imagined without the support of the means of communication most used by young people. On the contrary, teaching and coaching by peers (mostly L3 or master students) for disciplinary learning, but also to give advice on work methods and learning strategies, seem relatively relevant.

In this context, the emphasis placed on the acquisition by the student of transversal skills of communication, of written or oral expression is clearly one of the axes at the center of the vast majority of the support systems implemented.

Results to be confirmed

For the university community, without these renewed teaching practices, without staggering the lessons of the first or the first two years over a longer period, allowing a better pace of learning for the student through the implementation of the pedagogical contract for student success, the reform would seem to be almost unsuccessful – or at least it would have a limited scope, such as the “Multiannual Plan for License Success” in its day. The mere addition of hours of “reinforcement” to the program is clearly identified as irrelevant to student success.

The analyzes of the first results in progress, at the end of this first semester of experimentation of these accompanied courses, show that certain devices have a real interest for the success of the students, with in particular a better perseverance in the studies and a certain improving grades, while others do not get student support.

The teaching teams involved in these accompanied courses have clearly adopted a scientific approach: design and experimentation of new devices, followed by an evaluation of the impact on learning and success. However, if a first glimpse of this impact on student success is possible at the end of the academic year, it will take another two to three years of monitoring to really measure the effectiveness of what has been put in place.

Despite this, after a year of experimentation, exchanges in professional networks, between colleagues from different institutions, should allow to reshape some courses, to overcome some shortcomings already identified by drawing on the good practices of other courses. And this is the most important point for future graduates.