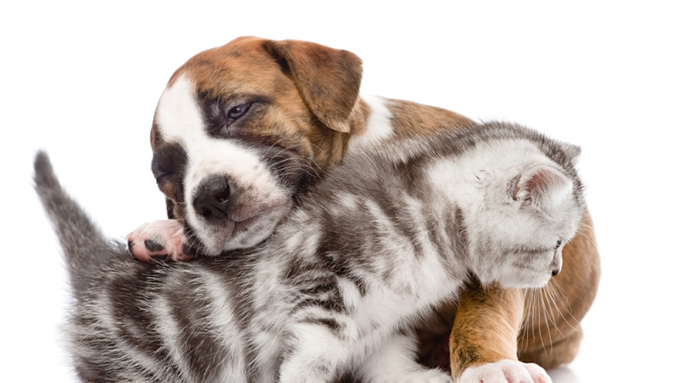 There are many things men aren’t particularly good at, or even suited for. Lactating is as good an example as any. Yes, you can totally have a male lactate from medical conditions or drugs. It’s not even sexist to ask women not to lactate at work, since men can do it as well (our court system has to deal with the stupidest things at times). Despite this gender weakness, there’s no big push to get more men lactating, and I don’t reckon there should be (not that I’m in any way forbidding any particular man from doing so if it pleases him).

On the other hand, there’s been an endless, monstrous, push to bring more women into STEM. For the most part, this is wildly misguided, as it’s certain that at least some women end up wasting years of their life pursuing a degree, possibly a career, which they never would have attempted but for those inducements, which are often as morally questionable as those of a pedophile using candy to lure a child into his car.

This simple fact has long been known in higher education. I’ve never seen any “leader” respond to this problem in the manner which integrity requires: stop gender-based recruiting for fields where gender is irrelevant. Instead, the response is always to reduce standards or dance around the problem. It’s why we have courses like “Integrated Chemistry for Education Majors” and the like.

Allow me to highlight yet another attempt to dance around the problem, besides integrity:

Feminist Researcher: STEM Classes Should Be Made ‘Less Competitive’ to Attract Women

This is, of course, coming from a peer-reviewed paper:

I remind the gentle reader that “peer-review” is highly questionable at this point in human civilization, and much like peer-review shows that penises cause global warming, I suspect ideology is a larger factor here than reason. Science is nowhere to be found in any event, as this is coming from a journal called The Qualitative Report.

The professor performing this research is not in STEM herself, and so we have to wonder at her explaining to us how to teach STEM. I granted when I was at a sketchy community college, I often had educationists who’d never taught an academic course in their lives often tell me how to teach, usually with such advice as “have more book reports in your math classes.” It’s queer how I’ve never seen people like that ask for more mathematics in the English courses or whatever, particularly when one considers how STEM graduates generally have more (financially) successful lives. It’s almost like they’re deliberately trying to hurt human beings, but I digress.

So what did the paper have to say, exactly?

This is very true, these calls are loud, and seem to always grow louder. One thing I never hear about is any evidence that having more women in STEM would necessarily improve STEM.

People in ideological fields, like this professor, never take a decent economics course, so allow me to mention an important concept here: supply and demand. A college degree used to be valuable back when few had it, but now that we churn these things out, the value of a degree has dropped off sharply. The only degrees retaining their value are in the STEM fields, because those fields aren’t so generous with handing out degrees. Cleary, increasing the number of people with STEM degrees (regardless of gender) will devalue those degrees accordingly.

Again, where’s the evidence that debasing the value of the few remaining valuable degrees will be a benefit?

This study was framed through the lens of poststructuralist feminist thought to provide a lens through which I explored how power is gendered (Hesse-Biber, 2014). Poststructuralism “rejects objectivity and the notions of an absolute truth and single reality,” …

I really want to point out how, fundamentally, this field is utterly useless. Since there is no truth or objectivity, every “research” paper gives an equivalently valid result, even if the results are in diametric opposition.

It’s very tough to take such research seriously when the researcher makes it clear she’s going to find whatever she wants to find, and that quite literally nobody else might find anything at all and be just as correct.

“There is an opportunity for STEM courses to reduce the perception of courses as difficult and unfriendly through language use in the syllabi, and also as a guide for how to use less competitive teaching methods and grading profiles that could improve the experience of female students.”

I always have students ask “how hard is the test going to be?” and I’ve learned there’s only one honest response: “as hard as possible.” Any other answer on my part will lead to a student calling me a liar. Since I don’t like being labeled as such, I provide the most honest answer I can give…and I see from the above I’m hardly alone in realizing it’s best for the student if you just state up front that the student really will need to study hard to make it through the course.

I’d be hard pressed to consider the advice here to lie about the difficulty if I weren’t already told the results of the research are meaningless in any event.

Let’s look at some findings from a study of the syllabi:

Instructor information was usually brief and provided directions for students to contact them to seek help. In some cases, the instructor information included more detailed information about how students could contact them. For example, “It is generally better for me if you come to see me during my posted office hours rather than at other times. If necessary, we can set up an appointment” (Upper level mathematics).

–that quote could easily have come from my syllabus. I’m a cold-hearted monster, I guess.

Seriously, the above constitutes doctoral research in Gender Studies. Yikes. As this is a 15 page paper, let me move on quickly to the more important results. The following as a good a summary of the things found in the paper as any:

Instead of only listing prerequisite courses, these syllabi included prerequisite knowledge and skills, creating an even more intimidating view of the course. That language implied that not only would students be held to difficult high standards, but also that there was also a base of knowledge that was required to be successful in the course.

One of the issues I had with administration graduate degree programs was how you never had to learn anything, much less demonstrate that you know anything, to get a Ph.D. in administration, and it’s clear Gender Studies must be the same way if the researcher finds such a concept somewhat threatening, going into a course.

I’ve received pressure from admin, in the past, to stop asking students to know so much coming into my courses…I did the best I could, but at what point should students be asked to actually learn something and not (theoretically) forget it immediately?

What other problem does the research have with these courses?

The onus is placed on the individual for learning, and there is little discussion about how the group can support and contribute to learning. Not only is group work not encouraged, in some cases, the language is hostile to it.

Again, I’ve been pressured many times to add “group projects” to mathematics courses. I’m sorry, if the individual does not have knowledge, a degree would assert what, exactly? Much as before, an education is not a “group” thing. At some point, a student needs to learn things by himself or herself, for himself or herself.

Overall, the primary finding of the paper is that the language of the syllabi for these courses just isn’t warm. She uses the word “chilly” to describe it several times:

Finally, the competitive, difficult chilly climate was reinforced in the syllabi through the use of unfriendly and tough language, “Do not ask me to figure out your grade standing. I’ll be glad to show you how to do it yourself, but the homepage includes that explanation already”

Bottom line, STEM isn’t about hugs and warm fuzzies, it’s about learning facts and being able to apply them rigorously. Some part of me wants STEM professors to go review Gender Studies and other ideological courses and criticize them for their lack of knowledge and emphasis on feelings over education, but only a small part: STEM people have better things to do, after all.