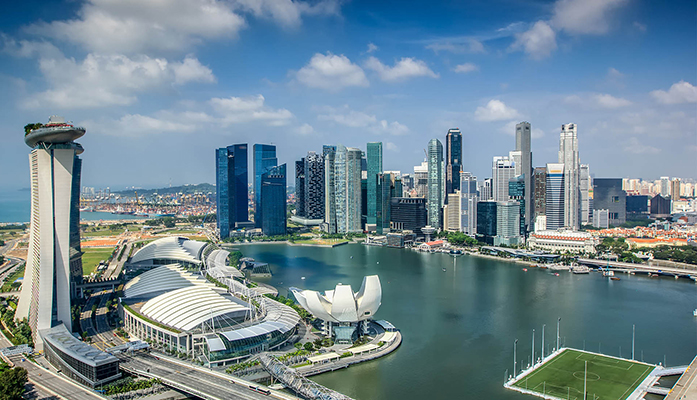 Many governments are debating what to do about the spread of online “fake news”. Singapore is no exception, and it has constituted a parliamentary Select Committee on Deliberate Online Falsehoods. Among several academics to make written submissions and to be called to give evidence in a March hearing was Thum Ping Tjin (P. J. Thum), a former Rhodes scholar who, following his doctorate, still maintains research connections to the University of Oxford.

Among other arguments, Thum’s submission stated that the People’s Action Party, which has monopolised power in Singapore since full self-government was established in 1959, has historically spread disinformation for partisan advantage.

Between 1963 and 1987, it incarcerated about 2,500 individuals, who were accused – but never tried or convicted – of being part of a communist conspiracy to overthrow the government. One incident of mass political detention, 1963’s “Operation Coldstore”, occupied a few sentences in Thum’s five-page submission. Yet his published research on the subject – based largely on declassified British colonial documents – became almost the sole focus of a six-hour interrogation led by K. Shanmugam, Singapore’s minister of law and home affairs. The hearing included attempts to disparage Thum’s academic credentials, as well as aggressive, detailed questioning of his facts, sources and interpretation. Online attacks along similar lines soon followed.

Whatever the merits of Thum’s research, or the appropriateness of critique by government officials not qualified in the methods and standards of historical research, the exchange had little to do with “deliberate online falsehoods”. Its disproportionate duration prevented consideration of valid concerns about state-propagated falsehoods that might occasionally happen for various reasons (and not just in Singapore).

This led observers to surmise that Thum’s treatment was politically motivated. As noted by the originator of an open letter defending him, now signed by more than 250 academics worldwide, Thum is “a well-known critic of the historical narratives used by Singapore’s ruling party to justify its domination”. A separate statement protesting against Thum’s treatment and defending his scholarship has also been issued by colleagues at Oxford.

In response to the open letter, the select committee chair argued that it had been Thum’s choice to “use our committee…to make a political point…Having done so, he cannot then plead that his claims should not be questioned, or that he should not be judged on his answers.” The chair also claimed that it was inaccurate to describe Thum as “an academic historian” because his recent positions at Oxford have been unpaid.

Thum’s status as an “activist” was used to discredit him as an academic – and even before this episode, it was an open secret that he is barred from academic jobs in Singapore. My concern about his treatment is the chilling effect that it will have on academics in Singapore (reflected in the paucity of Singapore-based signatories to the open letter). The already small number of Singaporean historians working on the country’s post-war history will be further suppressed by the strong signal sent that the authors of Singapore’s official history will not tolerate academic historians who present alternative interpretations.

More generally, the incident will deter academics from addressing sensitive subjects in their research, and from participating in civic activities such as public hearings. It will exacerbate the impoverishment of local intellectual life, previously analysed by another expatriate Singaporean scholar, Cherian George.

Since my own concerns were posted on Facebook, many Singaporean academics have expressed to me their distress at the incident, their “nervous(ness) about doing research in Singapore”, their concern that “safe spaces for vigorous debate have now been quashed”, and that it will now be more difficult for Singapore universities to “hire good scholars, Singaporeans and foreigners alike”.

As an economist, I am concerned because Singapore’s economic future hinges on indigenous innovation – which, by definition, requires a habit of questioning established ways of thinking and doing. Thum’s treatment will also make non-academics more reluctant to voice independent opinions, and to participate in civil society.

Most disturbingly, the absence of restraint shown by an all-powerful state in persecuting a single individual risks undermining citizens’ trust in it. Without that, political stability, social cohesion and national progress will be imperilled.

Author Bio: Linda Lim, a Singaporean economist, is professor emerita of corporate strategy and international business at the University of Michigan.