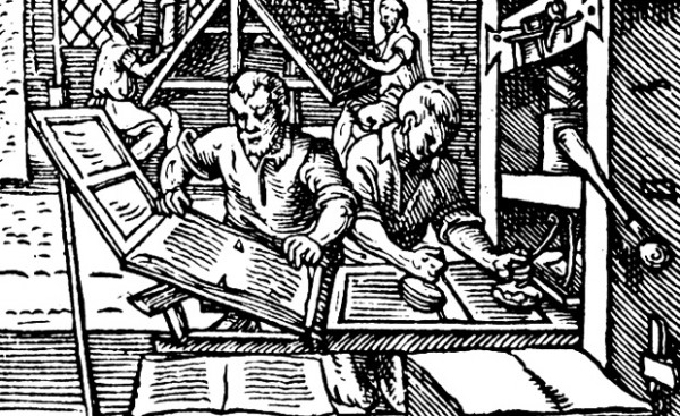 The Kentucky General Assembly recently passed a budget that reduces funding for higher education by 6.25 percent, and will require cuts of as much as $24 million at the two major state universities. Numerous programs may have to be shuttered as a consequence, most likely including the University Press of Kentucky (UPK), which stands to lose its entire state subsidy.

That would be a shame, because UPK is widely admired for its publications in regional, Civil War, and Military history. A relatively small press, with only about 60 books per year, UPK has won twelve Frederick Jackson Turner awards, which speaks to the extremely high quality of its work. UPK is also unique in that it is affiliated with multiple in-state universities and colleges, both public and private, rather than exclusively with the University of Kentucky.

The University Press of Kentucky receives a state subsidy of $672,000, which pays seven employee’s salaries. All other expenses are covered through annual book sales, which include important works on Kentucky and Appalachia.

University presses are often attractive targets for budget hawks, as many of their publications are highly specialized, and often quite esoteric. Scholars, of course, recognize the importance of publishing academic work that is often the product of decades of research.  While the more prominent university presses – such as Oxford, Harvard, and Chicago – are not in danger, the smaller presses play an equally important role in disseminating new and meaningful scholarship.

The University Press of New England, founded by a consortium of ten colleges and most recently operated jointly by Dartmouth and Brandeis, has also announced that it would cease operations by the end of this year. Fortunately, both Dartmouth and Brandeis have indicated that they will continue to support their own presses, which will moderate the impact of losing UPNE.

Academic presses may cost their home institutions a little money, but they embody the very purpose of the university, which is to expand knowledge through research and teaching. And the cost is relatively trivial, compared to other expenditures. In the year before the attempt to eliminate the University of Missouri Press, the school spent $72 million to renovate its football stadium, and continued spending millions on improvements ever since. Another $98 million expansion was approved just last year.

According to public documents, the annual salary of the University of Kentucky men’s basketball coach John Calipari, under a recent contract extension, reaches $8 million, which is roughly 80 times the average pay of a top UPK editor. Stated otherwise, Calipari could finance the entire UPK budget and still keep 92% of his pay.

Or consider the pay of head football coach Mark Stoops, whose teams do not compete regularly for the national championship. His basic compensation, which includes extra money for a university-arranged media contract, was $2,000,000 for the first year of his contract, rising to at least $2,400,000 in the fifth year. He also receives performance incentives that include $100,000 for each win in the SEC (except the first one). Thus, he got another $300,000 for last year’s mediocre 4-4 record, as well as $50,000 for taking his team to the second-tier Music City Bowl, and another $50,000 for his players’ academic accomplishments. In all, Stoops’s incentive payments alone would cover almost two thirds of the UPK subsidy.

Salaries are much lower in the “non-revenue” sports – which, of course, are subsidized – but they are still higher than most editors. The University of Kentucky’s head swimming coach earns $112,500, and an assistant track and field coach earns $87,000. The two rifle coaches – who have only eleven students on their team – earn a combined $150,000. The nine strength and conditioning coaches, who evidently work across all sports, receive a combined $900,000 annually, with additional incentives that can bring the total to over 150% of the budget for the University Press of Kentucky.

And those figures are just for the flagship University of Kentucky. The state-supported University of Louisville also plays in the major leagues of college sports. Louisville’s basketball coach Rick Pitino was paid over $5 million annually (before he was fired last year in a pay-for-play scandal), and the salaries of the three assistant coaches totaled $1.2 million in 2017.

I realize that Kentucky has far more football and basketball fans than academic book readers, probably by orders of magnitude, and I do not begrudge star coaches their millions. But as former Kentucky poet laureate Richard Taylor put it, the death of UPK would be a “big step backward” for Kentucky as “a civilized place to live.” University officials are exploring ways to save UPK, and let’s hope they succeed.

Many of our top universities do not engage in big time sports, but they all rely on books. It is an unfortunate state that cannot finance an esteemed press with funding that amounts to loose change for its athletic departments.

Author Bio: Steven Lubet is the Williams Memorial Professor of Law at Northwestern University and the author most recently of Interrogating Ethnography: Why Evidence Matters (Oxford University Press, 2017).