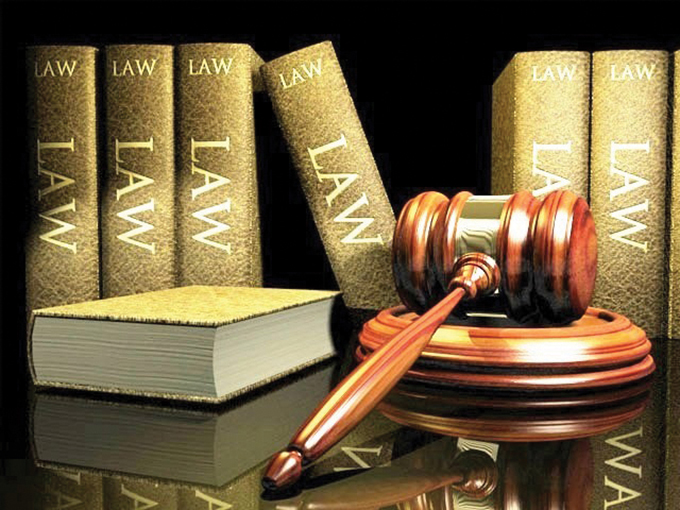 Earlier this month, Charlotte School of Law (CSL), a for-profit law school, finally shuttered its doors, leaving students with few options and tens of thousands of dollars in debt apiece.

The closure came after months of the school’s tangling with its accreditor, the Department of Education, and the UNC Board of Governors, which grants its license to operate in the state. The ABA, which accredited the school, took increasingly severe actions against the school for unusually high drop-out rates among Charlotte School of Law’s (CSL) first-year students and rock-bottom pass rates for the bar exam. The Department of Education finally took notice, and cut off the school’s access to federal financial aid in December 2016. Finally, UNC warned that it would revoke the school’s license to operate unless CSL could persuade both the ABA and the Department of Education that it had reformed its ways, regaining access to federal aid and establishing an approved teach-out plan with the accreditor. Neither came to fruition, and Charlotte School of Law lost its license to operate from North Carolina. (For the full story, check out the first post in this series here.)

It’s clear that much of the messiness in CSL’s situation could have been avoided with better, more timely oversight. Accreditors, states, the Department, and other institutions of higher education can all take lessons from the case study of Charlotte School of Law.

Charlotte School of Law’s problems were evident for years–and all anyone had to do was look at its outcomes. Very high dropout rates and very low bar passage rates were the canaries in the coal mine at CSL. But for years, the ABA declined to issue more than a slap on the wrist to the institution. That put cohort after cohort of students in the painful position of having enrolled in a school where they would owe six figures of debt–and still have far worse than a 50/50 shot at passing the bar exam.

Both the Department of Education and accreditors have an obligation to students and taxpayers to take a close look at students’ outcomes at a school, and to take whatever steps are necessary to hold colleges accountable for those outcomes. Efforts to improve transparency, like the College Scorecard, aren’t enough; very poor outcomes require swift, serious action, as with the Department’s gainful employment rule, which cuts off federal aid access to unaffordable programs that fail to improve.

The Higher Education Act forms a triad of accountability: states authorize schools to operate within their borders, accreditors evaluate the quality of the institution, and the Department of Education oversees administration of federal financial aid through schools. The distinct responsibilities are supposed to ensure nothing falls through the cracks. But in the case of Charlotte School of Law, oversight more closely resembled a game of hot potato than a triad: each of those bodies relied in large part on the work of the others, not just to inform their own oversight of CSL, but actually to substitute for it.

Ultimately, all three members of the triad took firm positions in this case, including placing the school on probation; rescinding access to federal financial aid; and revoking the school’s license to operate. But that CSL was able to continue teaching students for so long after problems were spotted and the institution failed to improve–and that it came so close to being permitted back into the federal financial aid system even after those actions were taken–should make everyone nervous. It’s clear that, if every part of the triad doesn’t own its oversight responsibilities, problems may very well be overlooked instead.

Lesson #3: Financial Protection Should Be Collected Early and Often.

Reading the saga of Charlotte School of Law, one might wonder why the school fought so hard to stay open even while it clearly continued to hurt the InfiLaw brand. One explanation: The longer it stayed open, the longer it avoided closure–meaning more and more students wouldn’t be eligible for closed school discharges, and the school and its corporate owner wouldn’t be on the hook for those liabilities.

But the Charlotte School of Law closure also raises the question of why the Department of Education didn’t ask for financial protection much sooner–especially when it gave belated access to financial aid for the still-enrolled students in the spring semester. Without that kind of upfront protection, the Department is left empty-handed and taxpayers will be the ones to foot the bill. Last year’s borrower defense to repayment rule–scheduled to go into effect last month, but delayed indefinitely by Secretary DeVos–sought to repair some of the inadequacies of the current system (which showed InfiLaw schools passed a financial responsibility test with a score of 1.8, above the “passing” threshold of 1.5) by catching high-risk events sooner, and even sometimes automatically requiring financial protection from schools when those events threatened the school’s viability. With those kinds of triggers for financial protection–which might have captured the lawsuit filed by students against CSL, the teachout plan required by the accreditor, and high annual dropout rates, among other CSL-specific events–taxpayers wouldn’t be left paying for schools’ failures.

The ABA first cited Charlotte School of Law for problems with the quality of its education fully two-and-a-half years before it closed, but CSL’s students had no idea. It didn’t acknowledge any issue publicly–nor did it require the school to state publicly–that there was any problem. CSL even argued it shouldn’t have to notify students because it would “effectively tell applicants to beware of attending the Charlotte School of Law,” citing a study it commissioned that showed 74% students who received the disclosure said they’d be less likely to enroll. Exactly. If students don’t have any information to suggest the school might not be very high-quality–or worse, that it might close–how can they be expected to make smart, informed decisions before taking on tens of thousands of dollars in debt? And if the ABA isn’t sharing this information with the public, even beyond CSL’s students, other oversight bodies are left in the dark as they conduct their own work. Accreditors should commit to pointing a floodlight at schools where they find problems–and if they won’t volunteer, the federal government should require them to do so.

For many students, their time at Charlotte School of Law will leave them with debt and no degree. There’s been no teach-out plan publicly announced by the school, no North Carolina law schools offering CSL students an opportunity to complete their programs, and no word from the Department of Education about how they plan to help students who finish to finish their programs.

Just as troubling, many CSL students won’t be eligible to wipe away their debt and start fresh, either. Because of the prolonged closure of Charlotte School of Law, only the 173 or so students who were still enrolled or on a leave of absence will likely be eligible for closed school discharges, and only if they agree not to transfer their credits earned at the school. On the other hand, students who saw the writing on the wall back in December and withdrew rather than taking on institutional loans or paying huge out-of-pocket costs to keep attending can get…nothing. Unless these students successfully make a claim for a borrower defense discharge (which is highly unlikely, considering that the Trump administration has approved exactly zero claims for any borrowers), they have no way to get their money back and move on with their lives.

But the Secretary has the discretion to make more students eligible for closed school discharges; rather than limiting closed school discharges to those who were still enrolled at the time of closure or who withdrew within 120 days prior to the school’s closure, the Secretary can push the window back for “exceptional circumstances” like the school’s loss of license to operate or a finding that the school violated state or federal law. If ever there was an exceptional circumstance, surely it was when the Department refused to allow more taxpayer dollars to flow to the school last December. Secretary DeVos owes it to these students to grant the relief she effectively denied them when her Department allowed the school to drag out its closure for so long that many CSL students lost their entitlement to a discharge