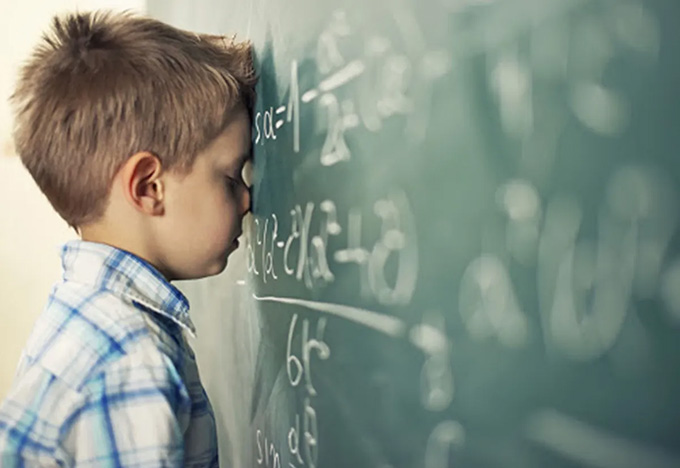 Through language we can learn about objects, people, situations and concepts thanks to a common code system that allows us to interact quickly and flexibly. For this reason, the educational system considers language as one of its main tools and it is a key factor throughout the schooling process.

School bullying, one of the causes of failure

One of the phenomena that most contributes to school failure is the fact of being bullied. Bullying occurs when someone intentionally and repeatedly exercises some type of coercion or violence towards another person, creating an imbalance of power between the harasser and the victim . This imbalance of power causes the victim to not feel able to face the person or group of people who attack, ignore or reject her, so she feels helpless.

Such a situation often leads to academic and socio-emotional problems, and increases the risk of school failure. Victims of bullying and their families experience tremendous distress that can take many forms. For example, a lower quality and satisfaction with life , anxiety problems , stress, depressive symptomatology that can even lead to suicidal ideation and self-injurious behavior.

In addition, the psychological discomfort associated with bullying is not only manifested during the period in which it occurs, but can persist over time, long after the end of the school stage, leaving serious psychological consequences.

In our Research in Education, Development and Language ( I+DEL ), at the University of the Balearic Islands , we have explored some of the most relevant factors in terms of bullying in recent years.

For example, in a recent study we showed that victims of bullying show, decades after the situation, a higher degree of stress and greater depressive symptoms.

Added to this are emotional difficulties, from the rejection of one’s own emotions to problems in regulating them. All this leads to a great psychological discomfort that can result in a greater frequency of suicidal thoughts and ideations.

Both the suffering caused by bullying and the school problems associated with poor adaptation to the educational center are significantly aggravated in students with specific educational support needs (NEAE).

Among the SENs that are most associated with school difficulties are those that are highly dependent on language, such as developmental language disorder .

As we have already pointed out , students with language difficulties have lower academic performance and a rate of repeating a year of around 58%, much higher than the 7% of their classmates without difficulties, which places them at risk of school failure.

In addition, language has a great influence on social relationships and, ultimately, shapes our social and communication skills to deal with a possible bullying situation. In fact, we have been able to explore in two different works the problems that children with language difficulties show both in their social skills and in their emotional well-being.

The importance of family and school environment

On the one hand, family involvement and conversation time within the family are key factors (more than socioeconomic status) for the emotional development of these children.

In this sense, the time of exposure to screens works especially against them, as it is associated with a lower level of language development.

However, to date, very little was known about the relationship between having language difficulties and bullying. Our group has recently explored this relationship in an article that highlights the central role of language in victimization associated with bullying.

In this work, a large sample of more than 2,000 adults who completed self-reports about their difficulties in oral language (in various aspects of the expressive and receptive domains) and about their past experiences of bullying throughout their schooling were evaluated. .

Consequently, the evidence indicates that people who find it difficult to express themselves orally and who show below-average language skills face a double challenge.

On the one hand, they are faced with the academic difficulties typical of an educational system strongly rooted in linguistic abilities.

On the other hand, they present a greater risk of suffering from bullying throughout their academic life and, in addition, of suffering its long-term effects if they have to face this situation during their youth.

Although various Spanish autonomous communities, such as the Balearic Islands, have implemented specialized protocols in recent years to deal with bullying and the risk of suicide , it is imperative to emphasize the need for prompt prevention, detection and intervention of bullying, especially in children. and girls with language difficulties.