Facebook recently announced that it now has over 2 billion monthly users. This makes its “population” larger than that of China, the US, Mexico and Japan combined. Its popularity, and with it the influence it has in society, is beyond dispute. But for many the experience of actually using the site fluctuates somewhere between the addictive and the annoying. Our new research shows that the reason for this is very simple. It’s all to do with other people, and how we feel about them.

For Facebook CEO Mark Zuckerburg and colleagues, the ethos behind the site is straightforward. It aims to “give people the power to build community and bring the world closer together”. By offering individuals the chance to connect with friends and share meaningful content, it aims to strengthen relationships and community ties.

The fact that this is a rather idealistic picture of society hasn’t prevented the site from flourishing. Yet, examining what people actually do on the site, how they interact with each other, and what they feel about the behaviour of friends and acquaintances, shows that the truth is rather more complex.

We surveyed and selectively interviewed a network of over 100 Facebook users. Our findings show how we continue to use the site and remain connected to people through it even though they often annoy or offend us. But instead of challenging them or severing ties, we continue to use Facebook to silently watch them – and perhaps even take pleasure from judging them.

In other words, Facebook reflects the dynamics at the heart of all real human relationships. Just as in their offline life, people try to open up and bond with each other while simultaneously having to cope with the everyday frictions of friendship.

One of the most notable things we found in our research was the high number of people who said that they were frequently offended by what their friends posted. The sorts of things that caused offence ran the gamut from extremist or strongly-held political opinions (racism, homophobia, partisan political views) to oversharing of daily routines and acts of inadvertent self-promotion.

For example, one interviewee wrote of how she had “a particularly hard time with pro-gun posts”:

I really, really wish guns were significantly less accessible and less glorified in American culture. Still, I don’t think Facebook is really the place that people chose to listen to opposing views, so I usually ignore posts of that nature.

At the other end of the spectrum was this interviewee:

I wrote to a friend about how my two-year-old was counting to 40 and was saying the alphabet in three languages. This made a Facebook contact write passive aggressively on her wall about overachieving parents who spend all their time bragging about their children. I felt the need to de-friend her after that incident.

Why do we put up with this?

The reason these reactions happened so often was due to various factors native to the sort of communications technology that Facebook represents. First, there’s the specific type of diversity that exists among people’s online networks. That is, the diversity created by people from different parts of your life being brought together in one space.

On Facebook, you write your message without knowing who precisely will read it, but in the knowledge that the likely audience will include people from various parts of your life who have a range of different values and beliefs. In face-to-face conversations you’re likely to talk to you father-in-law, work colleagues or friends from primary school in separate contexts, using different styles of communication. Whereas on Facebook they’ll all see the same side of you, as well as getting to see the opinions of those you associate with. 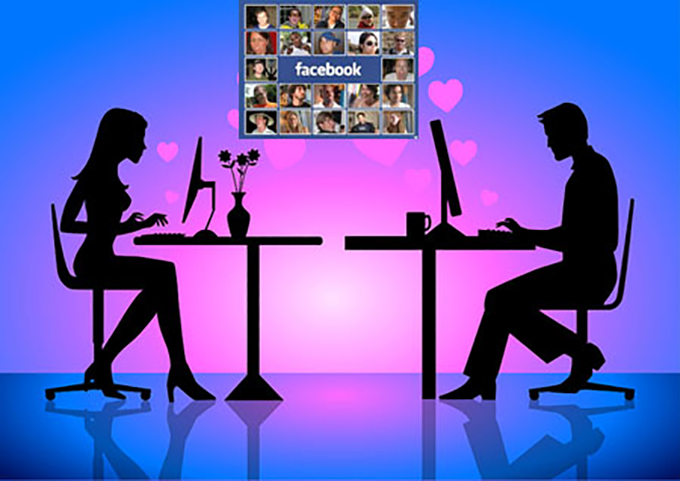 This means that people are engaging in personal conversations in a much more public space than they did before, and that the different value systems these diverse friends have can very easily come into conflict. But the nature of the ties people have on Facebook means that often they can’t just break loose from people they find annoying or offensive in this way.

For example, if a work colleague or relative offends you, there are likely to be reasons of duty or familial responsibility which mean you won’t want to de-friend them. Instead, people make discreet changes in their settings on the site to limit the views they find offensive from showing up in their feed, without provoking outward shows of conflict with people.

As one interviewee explained:

I remember de-friending one person (friend of a friend) as she kept posting her political opinions that were the complete opposite of mine. It frustrated me as I didn’t know her well enough to “bite” and reply to her posts, equally, I didn’t want to voice it on a public forum.

None of the people in the study, however, said that they’d reduced their use of Facebook because of the frequent offence they experienced from using it. Instead, we can speculate, it’s this opportunity to be slightly judgemental about the behaviour of your acquaintances that proves one of the compelling draws of the site.

Similar to the “hate-watching” experience of viewing television programmes you don’t like because you enjoy mocking them, this can be seen as a mild form of “hate-reading”. Logging onto Facebook gives you the chance to be indignantly offended (or maybe just mildly piqued) by other people’s ill-informed views and idiosyncratic behaviour. And there’s a surprising amount of pleasure in that.