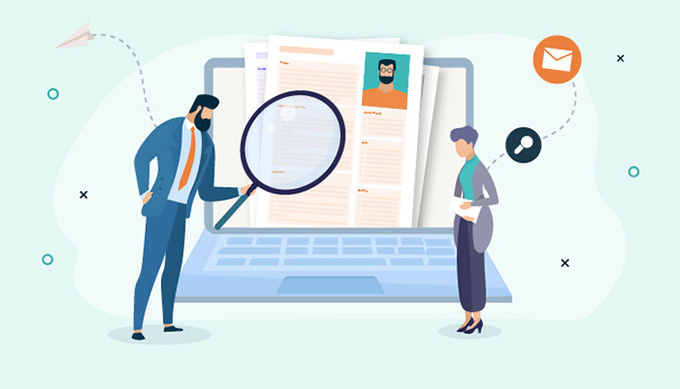 A recent amendment adopted within the framework of the Research Programming Law (LPR) calls into question the national framework for the recruitment of teacher-researchers by reverting to the obligation of qualification by the National Council of Universities of candidates for positions of university professor. Through petitions, open letters, press releases, academics are mobilizing .

The amendment intends to “strengthen the autonomy of universities by giving them the levers of a real scientific policy and human resources, especially in the context of the recruitment of teacher-researchers. Concerning university professors, this amendment proposes to delete the step of registering lecturers on a qualification list established by the National Council of Universities (CNU). “

This amendment indicates that in return, establishments will be asked to “guarantee the transparency and quality of their recruitment procedures so as to combat the risk of localism that qualification does not in fact prevent in a large number of establishments. everywhere in France. Faced with this last very correct observation, this amendment would reinforce the practices of localism and inequity of recruitment of university professors, by breaking with the national framework of procedures.

How are teacher-researchers recruited?

Teacher-researchers are civil servants recruited by competitive examination by universities after a demanding course. Before running for a post of lecturer for example, doctoral students must first be registered on a list of qualifications for this function by the National Council of Universities ( CNU ), a collegial body of representatives of a discipline, themselves university professors and lecturers, who define criteria for validating candidates for these positions.

Armed with this qualification, candidates can then respond to the universities’ national call for applications from job descriptions indicating their needs. Selection committees (COS) are then set up and validated by the University’s bodies.

These rules aim to limit localism and patronage by co-opting recruitments. On paper, everything seems to be in place for fairness in recruitment. The CNU appears as a guarantor of the quality of the courses and the COS guarantor of the adaptation of the candidate to the needs. However, this relatively cumbersome process of recruiting teacher-researchers is not enough to guarantee the fairness of candidates before the civil service.

Positions are allocated to laboratories by a sometimes opaque process, which can become a means of orienting choices on clientelist and co-optative imperatives and not on scientific issues of collegial definition of scientific quality.

It is the component directors who ensure the feedback of the recruitment needs of teacher-researchers and laboratories that can claim it before the decision-making body of the university which will decide. But not all of the components have a collegial decision-making body. The ascent can be left to the decision of a single person, after an advisory opinion. It depends on the internal organization of the university.

Even in the presence of such bodies, local union collusions can then have deleterious effects, contravening the values ​​of equity held by national unions. So not all positions will go up.

How to ensure fair treatment of research laboratories? Are there any scientific policy choices? Are there any quantified and verifiable learning needs? This is what is stated in the management dialogues. But the reality is that some labs can be better served than others. And this, with non-existent means of verification and sometimes opaque arguments.

To create a screen of respectability for unethical practices, one of the simple ways is to use the definition of needs thanks to a job description corresponding to a single candidate. The file is then so specific in the profile sought and the teaching profile that only a predefined local candidate will be able to satisfy it: the positions that university jargon calls “mustache positions”.

In this case, the writing of the file contravenes the equality of the candidates vis-a-vis a competition of the public service. The profile is adapted to a specific researcher, it is only open in appearance and in practice contravenes the HRS 4R label – label issued by the European Commission to universities which implement the European Charter for Researchers and the Code for Recruitment researchers.

The appointment of presidents of selection committees (COS) also raises questions. These appointed presidents have significant means of action: definition of COS members, composition then validated by a University body, multidisciplinary by definition, and therefore far removed from the power issues of the discipline.

Since it is multidisciplinary, this body has few means of identifying whether the job description is relevant to real needs, whether it contravenes ethics by targeting one or the other of the local candidates, whether the fairness of the members of the COS is respected with regard to the sociology of the discipline. The few questionings will rarely go so far as to invalidate the feedback of the needs of a component director, recruitment laboratories, the choice of COS president or the constitution of COS.

The quorum rule to limit these cooptative practices (at least half of COS members must not be members of the recruiting university) naively forgets that the COS president chooses these academics. Their choice (their possible union membership, their friendly / relational proximity, etc.) but also the power of attributing the reports of each of the candidates to two rapporteurs who are members of the COS then become opaque means of influencing the final decision of the jury.

In some institutions, the presence of a majority union, and therefore elected officials in the main councils and COS has a definite influence on the recruitment of a colleague who may herself be registered within this same collective and thus to swell the ranks to maintain dominance in a laboratory or in a university decision-making body.

Obviously, these recruitment practices divert the primary meaning of the recruitment process in favor of other principles and interests and can even become a means of retaliation in the face of recalcitrant laboratories, in the name of ethics, to design “real-false” positions. . Will the European HRS 4R label procedure be able to improve the fairness of recruitment?

This label is a condition for obtaining funding from the European Union, funds which French universities cannot do without. Universities in search of this now indispensable label often hide behind the idea that the national framework for recruitments already guarantees this fairness … The questioning of the collegial validation of the CNU by the amendment of the senators further increases the inequitable nature of these recruitments.

To measure the extent of these dysfunctions, an anonymous statistical survey is needed among young researchers and tenured teacher-researchers. The data (the contacts of teachers – researchers) having been refused to us, we propose to statutory academics but also to young researchers to take up the subject by participating in our survey through this questionnaire: sphinxdeclic.com/d/s/7tq1sv .

After validation by the CNU, could we think of national competition methods based on tests followed by assignment in universities? The argument according to which new recruits must join a research team and must therefore have themes close to local researchers does not really hold, the national higher aggregation competitions already functioning differently.

These allow access to the body of university professors in legal, political, economic or management disciplines: they combine a test to assess the titles and work of candidates, and lessons (after preparation in the lodge with documents / after free preparation in 24 hours) in front of a national jury. After passing the competition, the winners are assigned to a university and always find a way to participate in the local research team.

A mixed solution could be imagined: a CNU which validates the applicant’s research path followed by national tests and a university assignment.

Faced with the current pitfalls, further increased by the Research Programming Act, it would be good if a real policy of fairness in the recruitment of teacher-researchers in France be considered. Power relations and issues, we do not always know, structure university life. The current debates on research around the coronavirus attest to this.