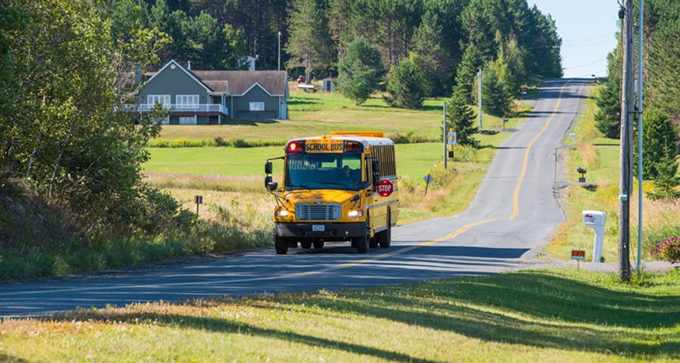 When the pandemic first closed schools in March 2020, it was an emergency response that upended the typical priorities of public education. Schools suddenly needed to distribute laptops and tablets, set up Wi-Fi hot spots, check on families and distribute food previously served in cafeterias – all while continuing to teach children.

Even before the pandemic, rural schools had less funding, older technology and more limited access to high-speed internet than their suburban and urban counterparts. Districts were already facing teacher shortages and were regularly seeking more bus drivers, custodians and cafeteria workers.

We studied rural schools in Pennsylvania and wanted to find out how they were responding.

Our research examined how Pennsylvania’s 235 rural school districts supported families and communicated about COVID-19-related closures. We collected data from district offices and surveyed or interviewed superintendents, principals, teachers and parents.

Over the more than two years of dealing with the pandemic, schools increasingly bore the brunt of the frustration local residents had with state or federal guidelines. “We went from being heroes to villains,” one school leader told us. Some of our focus group participants helped us identify four phases of this process.

One participant said, “Phase 1 of the pandemic there were tons of concern about teachers and students’ well being. People cheering us on from everywhere.” Another suggested that Phase 2 was about getting back to school, navigating the new rules of sharing space, and that Phase 3 moved into “Teachers are no good and just do not want to work.” Finally a fourth participant noted that Phase 4 devolved into people saying, “You can’t make my kid wear a mask! I am the parent! Teachers are the devil!”

One rural district superintendent told us the initial transition to remote learning was particularly difficult in his school district: “Lack of connectivity affected pockets of the community – lack of cell service and high speed internet. We have teachers who do not have good internet and cell [service]. Teachers and families used internet in their cars at school parking lots, gas stations and at fire houses.”

In addition, with many students qualifying for free and reduced-price meals, schools had to figure out how to distribute the food. Some districts told us they had school bus drivers run their regular routes, but instead of picking up students they were dropping off meals, school supplies and paper-and-pencil learning packets.

Identifying creative alternatives to traditions like prom and graduation – such as drive-by parades and outdoor ceremonies – administrators and teachers told us they took pride in how they adapted.

One superintendent noted, “We figured it out, and I really think by the end of [the 2019-2020 school] year we felt a sense of victory, that we pulled off a lot of things that made kids feel special and assured families that the educators in the community cared and were taking great care to educate the whole child. … We reimagined all of our traditions.”

This period of rapid adaptation and improvisation is what we have characterized as the first phase of education in the pandemic. It yielded a surge of support for schools. As one superintendent told us, “communities definitely grew to have a great deal of appreciation for their local educators.”

What we’re calling the second phase of pandemic education began in the fall of 2020, with efforts to return to in-person school. That often included hybrid plans, with half the students in school some days and the other half in school on other days.

What parents wanted from the schools often conflicted with schools’ own efforts to set up useful learning environments.

One rural Pennsylvania school superintendent told us, “Schools are about day care, extracurricular and education comes in third for most people. From the very start of the pandemic and continuing into the second year, the anger was ‘what do I do with my child?’ especially for businesses who had essential workers. Families had no one to do day care.”

As the 2020-2021 school year began, schools were more prepared, but they also had new responsibilities, including determining when to close schools to limit outbreaks, setting up testing and contact tracing, ensuring clean air circulation in classrooms, and adapting to changing and unclear guidance from health authorities.

Earlier in the pandemic, parents had proved more patient with uncertainty, but shifting mask guidance in particular – often described as recommendations, not requirements – became a flashpoint for parent frustrations. As one superintendent told us, there was “no cover for school districts. We were hung out to get hammered.”

Another superintendent said, “everybody was hoping [the 2020-2021 school] year would have been much, much more routine. [It wasn’t,] and that really deflated people’s attitudes.”

The second wave of school closings, in early 2022, due to the omicron variant, ignited protests. Superintendents told us that unprecedented conflict over vaccinations and masking disrupted school board meetings. One local administrator said schools faced a “national politicization of local communities.” Another told us, “In small communities, activists have an outsize impact. Guerrilla marketing, boots on the ground, talking about issues in small social groups.” And one administrator outright declared, “Instead of being an educator, I’m becoming a politician.”

Superintendents reported that some parents were simply angry about masks or school closings. But other superintendents interpreted the mask guidance as part of a larger issue of government intrusion into private lives.

Ongoing conflict has taken its toll as rural districts face historic shortages off staff, educators and even administrators. Nearly 20% of Pennsylvania superintendents left their jobs in 2021 – roughly 5 percentage points higher than in a normal year. As one superintendent said to us, “We’re being blamed for something that we did not create.”

In spring 2022, one rural superintendent stated, “Teachers and parents were ready to have things go back to normal.” But a rural district administrator saw the pandemic as “a wake-up call for our school with our need to make technology available for our students,” saying there appeared to be a deep divide between those who believe that “we need to return completely to the pre-pandemic routines” and those who want to continue to integrate more technology. One district’s executive director told us, “The pandemic has created a divide and disconnect between the school and the community.”

Author Bios: Gerald K. LeTendre is Professor of Educational Administration and Peggy Schooling is Executive Director of the Pennsylvania School Study Council, Professor of Practice in Educational Leadership both at Penn State