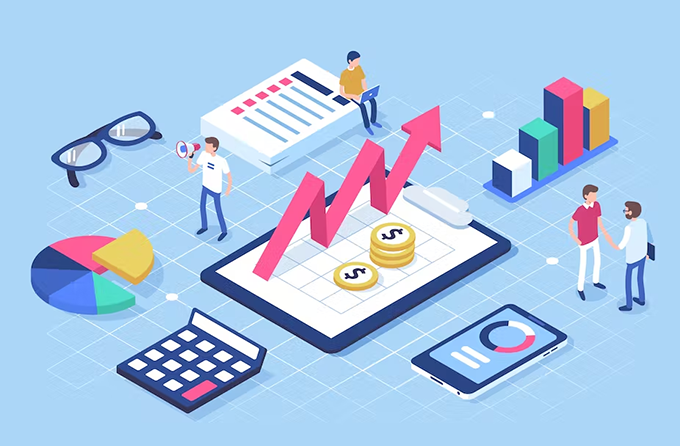 Will the school benefit from an unprecedented increase in resources? This is at least what Gabriel Attal , the Budget Minister, declared in an interview published in the daily Les Echos on August 8, describing the increase of “3.6 billion euros” as historic: “The The commitment of the President of the Republic to continue the upgrading will be kept and no teacher will enter the career with less than 2000 euros”.

Indeed, we find in the budget framework text arbitrated by Matignon and sent by Bercy to the various ministries and to Parliament the mention that it will be allocated to school education (primary and secondary) 60.2 billion euros for 2023 against 56.6 billion euros for 2022. And it is written that “the Government has made education one of the priorities of the new five-year term. In the first and second degrees, the ambition to strengthen the attractiveness of the teaching profession leads to an increase of 3.6 billion euros in the credits of the Ministry of National Education, making it possible to continue and amplify the revaluation of the salaries of teaching staff from the start of the 2023 school year and to initiate support for the Pact for teachers”.

This type of increase is rare. This increase of 3.6 billion euros is “nominally” unprecedented. It represents a percentage increase of 6.4%.

However, it should not be forgotten that, for the 2017 budget, it was decided under the ministry of Najat Vallaud-Belkacem (during the presidency of François Hollande) to increase the budget for school education by 3 billion euros , while inflation was only 1% and is currently around 6% on an annual basis.

Since it was a question of “a historic rise”, we can also and above all invoke the clear precedent that occurred at the beginning of François Mitterrand’s second seven-year term, during the years 1990-1992. The share of domestic expenditure on education in GDP then increased in three years from 6.6% to 7.6% (ie an increase of more than 0.3% each year). Currently the gross domestic product estimateis of the order of 2400 billion euros. The increase of 3.6 billion euros therefore represents only 0.15% of current GDP and for a single year. The one-year commitment is twice as low; and as the increase was effective over three consecutive and cumulative years, it was at the start of François Mitterrand’s second seven-year term six times greater than what was announced as a “historic increase” for the year 2023.

The comparison is all the more appropriate since there was then a debate quite close to what is currently at stake in the way of distributing the resources of this increase in the financial means made available.

Revaluation of the teaching profession

The current Minister of National Education Pap Ndiaye recalled on France Inter on July 7 that “we must think of the increase in remuneration in two parts. An unconditional increase […] and a part that will be linked to new missions within the framework of the school of the future, within the framework of educational projects, offering more autonomy to establishments”. During the presidential election campaign, Emmnanuel Macron had already duly mentioned this increase in remuneration in two parts.

When launching the teacher revaluation process in 1989 , the Minister of National Education Lionel Jospin had certainly taken care not to use the term “merit”, but many teachers – particularly in secondary schools – perceived it “ between the lines”, even if he denied it: “the allowances are intended to reward the tasks which are already assumed, but free of charge, by the teachers. To repair injustices is not to invent merit”.

In primary education, according to Le Monde journalist Philippe Bernard, “by announcing the introduction of bonuses and a hierarchical career system in schools, while the profession was expecting uniform and substantial increases, the minister hit the body of teachers always proud of their unit” ( Le Monde , February 3, 1989). The slogans displayed are significant of a whole state of mind: “We are all deserving! Unique salary ! 1500 francs for all! “A delegation supports three mannequins representing the three grades that the Minister wishes to establish: “Lionel, I love you” assures the highest rated. The second bears the label: “Could do better”, while the base master without promotion implores “Lionel, love me!” »

Days of action (strikes or demonstrations) take place in both primary and secondary schools, and the mobilization is strong.

On March 8, Prime Minister Michel Rocard and Minister of National Education Lionel Jospin participate in a duo in a joint programon Antenne 2, FR3 and Radio France. Michel Rocard stresses that his government’s budgetary commitment already exceeds François Mitterrand’s electoral promise, but that it is also impossible to catch up all at once with purchasing power which has been deteriorating for thirty-five year. Lionel Jospin repeats that the selective allocation of allowances “does not obey a philosophy”, and especially not any “merit”. Michel Rocard outbids: “I reject the reference to an assessment of individual merit, linked to a hierarchy. It is a question of finding ways of evaluating the service rendered by the educational institution to society as a whole, not of establishing wild competition between individuals. The evaluation will have to be done according to criteria negotiated with the unions.

Finally, it is an essentially unconditional revaluation that took place. And it was substantial, “historic” in the words of the various protagonists. According to Philippe Bernard “essentially, Lionel Jospin maintained the copy that had made the SNI and the SNES (FEN) shudder with hope a week ago, by stepping back on the implementation of certain allowances and advancement to the merit (considered unequal) to give a little to everyone: 500 francs on average” ( Le Monde , March 30, 1989).

Ultimately, “the ‘promising’ advance hailed by the Secretary General of the SNES – Monique Vuaillat – does indeed have the taste of a sounding and stumbling victory. We remember that Michel Rocard, less than three months ago, affirmed that the revalorization would be done essentially by allowances and not by index promotions for the ‘stock’ of teachers and we measure the progress made since then” ( Le Monde March 23, 1989)

As we have seen, the current project is a “two-part upgrading”. The newly re-elected Head of State Emmanuel Macron is keen on this, and this has been reaffirmed both by the Minister of National Education Pap Ndiaye and in the note explaining the announced budgetary effort: “in the first and second degrees, the he ambition to strengthen the attractiveness of the teaching profession led to an increase of 3.6 billion euros in the credits of the Ministry of National Education, making it possible to continue and amplify the revaluation of the salaries of teaching staff from the back to school 2023 and to engage the support of the Pact for teachers”.

In view of the historical comparisons made, one wonders how it would be possible for there to be the “historic increase” mentioned without a greater financial effort each year, and repeated cumulatively over several years to allow a revaluation at least at the height of that of the beginning of the second seven-year term of François Mitterrand, especially in full inflation and with the objective maintained of a “revaluation in two parts”.

Author Bio: Claude Lelievre is a Teacher-Researcher in the history of education, honorary professor at Paris-Descartes at Paris Cité University