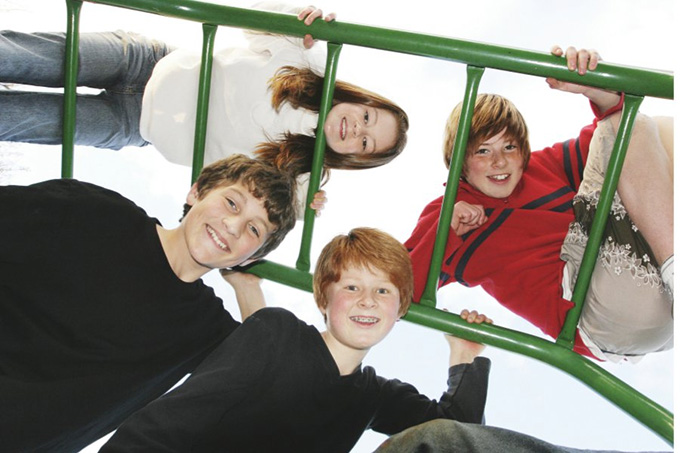 While co-education represents enormous progress compared to a previous situation of gender segregation which led to greater inequalities than today, its introduction was not enough to give the same opportunities to girls and boys. Many works have shown that it is not enough to decree gender diversity (even if it is necessary) for the gendered division of knowledge, skills and orientation to disappear.

Shaking up social gender relations, diversity must lead to the construction of a new balance of power between groups by giving room for cooperation between girls and boys. In this way, a break with the asymmetry of statutes could be established. However, today we see that co-education reinforces the social concept of male domination.

The girls must be discreet, speak only wisely, ask to speak without trying to shine at the expense of others; while the boys put themselves forward, speak up spontaneously, seek to attract attention and “assert themselves”.

This sends girls back to a constraint of femininity that implies a position of inferiority, just as boys are sent back to a constraint of virility and a position of superiority and dominance, not always compatible with a positive relationship at school. , hence school failures. We find in the published works, two stereotyped portraits of boys and girls largely influenced by the socialization of the family and by school.

“There is therefore an illusion to believe that women will be able to change their social and professional condition by a simple change in school orientation”, notes Nicole Mosconi, professor of education sciences. It is the whole of the social relations between the sexes that should be transformed, both in the professional field (with a real mix of jobs) and in the family field. One could say that co-education also socializes the two sexes to an equal learning of their unequal social positions and through the transmission of knowledge, a differentiated socialization takes place.

In its latest 2022 report on the perceptions and experiences of equality among the younger generations, the High Council for Equality between Women and Men highlights a more acute awareness of stereotypes, persistent inequalities and confirms the fact that the he school reinforces gendered behavior the most by promoting the internalization of norms, particularly through textbooks and teaching aids which fail to provide a realistic representation: only 9.8% of the texts presented were written by women.

The adoption of a national career guidance plan is necessary to guide young girls towards technical, digital and future jobs. Faced with these inequalities, the result is that this generation lacks education in relational life and feels helpless in the face of various sexist and sexual violence. How to do ?

More numerous than men in higher education, women are less likely to choose the sciences. Image by Mohamed Hassan /Pixabay , CC BY

The social issue of diversity lies in the ability of institutions to reinvent themselves and in the ability of individuals to take a fresh look. We could register diversity in a permanent movement and qualify it as an innovative process insofar as it destroys the social rules of male domination and leads the school to develop the posture of an emancipatory adult favoring the promotion of constructive social interactions, respect and consideration for everyone’s word.

By giving space to cooperation between women and men, diversity opens up and enriches the modes of sociability, it undoes acquired positions to give another meaning to the world. Diversity could constitute a particular space-time where, despite the asymmetry of statuses, a formative reciprocity between girls and boys can be played out. For this, we need to set up educational work and reorganize the spaces, in particular that of the playground, allowing us to look at how diversity can encourage the creation of this new relational social space in a dimension of openness and decompartmentalization in the relationship between girls and boys.

The playground as a free space unregulated by adults (even if they supervise it), could be the ideal place to learn to live together in an egalitarian way. But in fact, it is also the place where male domination is exercised. Good -natured kindergarten games , where girls and boys have fun chasing each other, often turn into games of physical domination in primary school. Annoying girls, jostling them “for fun” has been practiced for decades. But sometimes, assault with a sexual connotation is not far away: girls’ skirts lifted, then in college, disparaging remarks about a T-shirt that is too short. Lack of respect for girls and their privacy becomes a habit; including high school students.

Edith Maruéjoulos , geographer of the genre, observed that although the playground of a primary school was mixed, the relationships were few. “In general, the boys have the central space with the football field, the basketball court, or games that require expression, that is to say to run, to take up space… and the girls, without realizing it, will put themselves in the spaces that are left for them”.

Having less room to play, not being able to play what you want because you are a girl, or a boy who is not conform enough, is the experience of injustice and the installation of inequalities durable. This unequal distribution of space creates conflicts between the boys themselves. It’s the space where you have to be when you can’t enter it… The playground is therefore a hierarchical space.

Marie Monnart ‘s studies have shown how important it is to take into account the geographical dimension of placements and travel strategies to shed light on the social implications. In this recreational space, a hierarchical occupation is played out from a few chosen places. Understanding the role played by the spatial resource in the processes of integration and exclusion within peer groups makes it possible to teach children to share space right from school, starting with this public micro-space that is the playground and to consider it as a co-operative co-ed space .

Following in 2014, the report of the Commissioner for Foresight and in 2017 the study of the High Council for Equality between Men and Women, local authorities conducted experiments on gender-neutral schoolyards. The work on equality between girls and boys in playgrounds primarily benefits girls but, beyond that, all children who would like to play marbles or read…

In 2018, the city of Trappes in the Yvelines renovated its 36 courtyards taking into account gender issues. In 2020, it would seem that things have accelerated, as the press has echoed initiatives to “degender” courses, according to the term used by the mayor of Grenoble. The bitumen that covered 5,000 square meters was partially broken, to make way for lawns, meadows, sand, gravel, wood chips, a vegetable garden… It was a question of varying the quality of the spaces to create different atmospheres; promote cultural practices (“walls of expression”); provide seats for readers… Constantly emphasizing diversity, ideas have been proposed such as recreation without balls with board games, cooperative games (kapla, yo-yo) and also games without technicality.

Working on equality requires supporting the transformation of practices by integrating into a more global reflection on diversity. This requires a collective approach involving pupils and adults, whether in class through the work of the teaching team on equality between girls and boys (children’s literature, debates, etc.) but also in playgrounds. It is inconsistent to let the boys do what they want in the yard, and once they are in class, to impose rules on them. The involvement of all the actors around the school project is essential, as well as the restructuring of the space and training support on sexist stereotypes and shared representations of equality.

Author Bio: Christine Gautier Chovelon is Teacher-researcher in education and training sciences – Affiliated to the LINE research laboratory at the Université Côte d’Azur