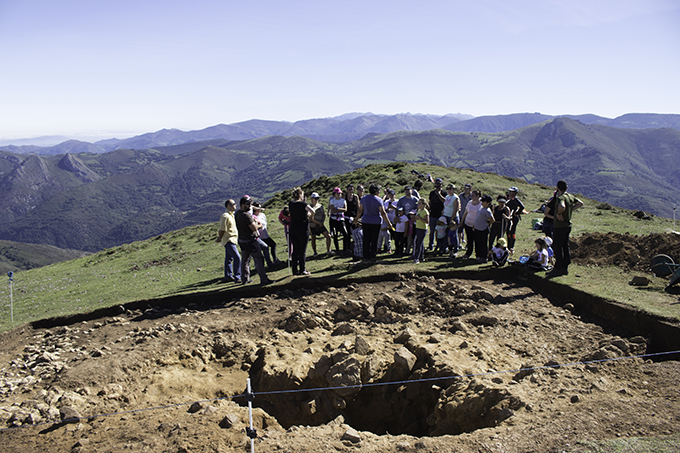 “Prof! Here is something! Will it be the “peace ring”? Will it be the grave of a monk? “. Primary school students in the public school of Belmonte de Miranda (in the council of Balmonte ) get excited with the first discoveries in the archaeological excavation of the monastery from his town.

The long-awaited jewel they speak of is the “abbot’s ring.” It tells the story that all abbots had a ring that identified them as rectors of a monastery. Students get excited about the possibility of finding it. Although they make their own interpretation and call it the “peace ring”!

What is an abbot?

When they began to investigate the history of their people, they did not know what an abbot was or where the old monastery had been. At the end of the course and the archaeological excavation they knew the importance of the missing monastery of Santa María. They knew how it worked and the power that the monks had in the Middle Ages. They were even able to lecture on the subject!

During the 2018-2019 academic year, the LLABOR research group of the University of Oviedo and the Balmonte de Miranda Public College launched the Historical Conscience project . Our goal was to turn rural cultural heritage into the axis of the educational process. And to the student in protagonist of the learning investigating the history of his own municipality.

Often the patrimonial resources of the territory and the knowledge of the local inhabitants go unnoticed . The rich landscape, especially in mountain areas, eclipses an extraordinary cultural heritage, little valued and almost forgotten due to the depopulation of the rural environment.

The incredible experience of the past course has encouraged us to continue during the 2019-2020 course. And we maintain the illusion of prolonging his life in the future, addressing other topics of study, always related to rural heritage. 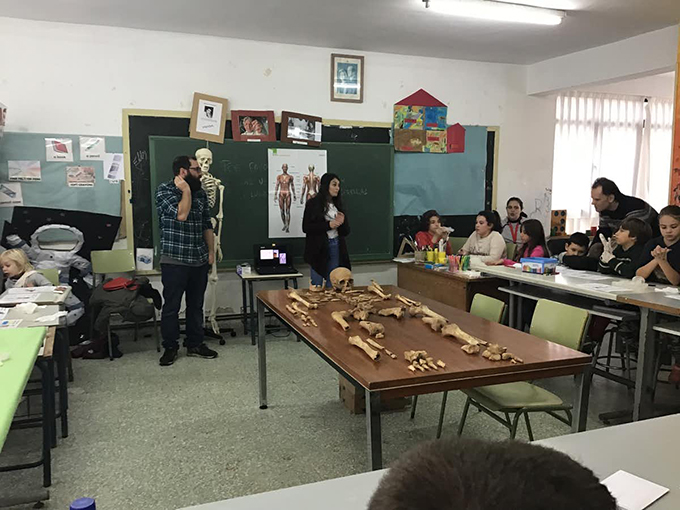 The history of landscapes and landscape

The starting point of this project is the archaeological excavations that the research group has carried out in the village of Vigaña (Balmonte).

In the last ten years we have discovered a Neolithic village, a castro of the Iron age and a medieval cemetery. The inhabitants of the village have accompanied us on this trip, providing knowledge that has helped us to raise the research.

And they have been amazed at the findings. It was incredible for them to discover that their granary stood on a medieval cemetery. Or that the legends about the castro hid the remains of an ancient village.

The effort to incorporate local knowledge, everything that the inhabitants know about its landscape, has contributed to the success of the research. No one knows the territory as those who have worked it for thousands of years.

Archeology in the classroom

The interest of the group of scientists to share their research connected with the educational proposals of the public school. And thus, Historical Consciousness was born: archeology, local knowledge and the scientific method became the focus of the work in the classroom.

The objective is to give prominence and responsibility to the students in the school and in the municipality. With real scientific works we favor the development of skills and the fixation of knowledge.

The archaeological excavation of the old monastery of the town became the main didactic activity. And it connected with the subjects and subjects that teachers have to teach each quarter.

Two professional archaeologists in collaboration with professors and students of the university direct the works. The children, from 3 to 11 years old, participate in all the work of an investigation: they look for historical information, prepare the archaeological excavation, study the materials found and record the data obtained using the new technologies.

As a support, several workshops are held throughout the course. Some intend to teach the steps of the scientific method. For example, we study what bones tell us about a person’s life. And we analyze the remains of animals to know more about ancient livestock.

We also dare with experimental archeology workshops: we learn to make pottery and make the oven to cook it.

Building a cabin with traditional materials is one of the most fun adventures. Stepping mud mixed with straw to put on the walls is fascinating for students. And it is a great experience to understand the daily problems of societies in history! 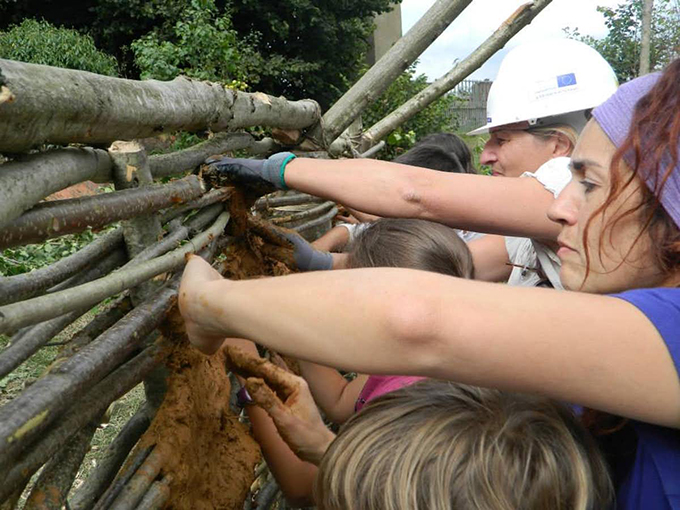 The neighbors are also protagonists

One of the most exciting bets is to revitalize local knowledge. We make bread in an old oven in the town and take the opportunity to celebrate the moment with traditional music. The songs of Concha or Auristela transport us to other times, when gathering around the fire was the only possible activity during winter nights.

In addition, we involve the health community to talk about healthy food while making bread in a traditional way.

The entire community is involved in the learning process and actively collaborates with the students. Thus we achieve a continuous transfer of knowledge.

And the end result is a service to the community. The students have designed a tourist route through Balmonte in collaboration with the City Council: ” The Chalgas de los Escolinos “. In this walk through the villa you can see the remains of the old monastery reused in the current houses of the town.

The workshops favor the transfer of knowledge in the rural environment. The objective is to awaken scientific vocations, making students the protagonist of the different phases of the research work.

Revalue the role of the humanities

We intend to take research from university classrooms and take it to the field. It is urgent to balance the opportunities of rural girls and boys with those who are trained in the city. And it is necessary for the university to connect with rural society.

Researchers cannot limit ourselves to giving lectures or informative talks. We must actively work with people. Thus, we encourage them to identify with our research, which is really yours, since we study its history.

We also revalue the role of the humanities as sciences that generate scientific knowledge. The activities carried out by the students give value to the knowledge of the past to understand the present. And they are a suitable tool to propose future options.

Scientific culture is not just technological development. The humanities, and specifically history, are a basic pillar that allows us to understand ourselves as a society and propose innovative solutions for the future.

Our objectives: research to know. And turn historical knowledge into a tool that allows activating a future with a lively rural environment.

Author Bio: Margarita Fernández Mier is Professor of Medieval History at the University of Oviedo

This article has been written with the collaboration of Nuria Peláez Álvarez , director of the Balmonte Public School .