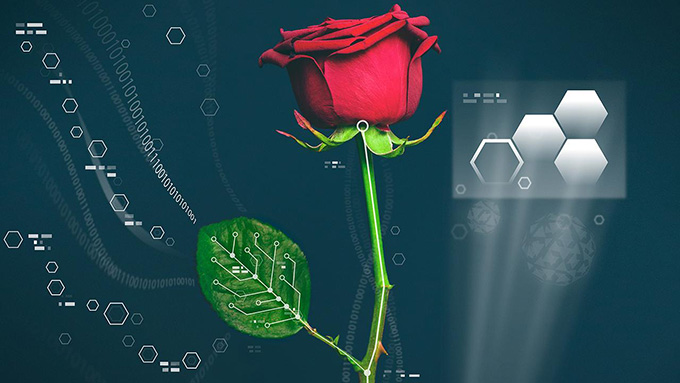 Plants power life on Earth. They are the original food source supplying energy to almost all living organisms and the basis of the fossil fuels that feed the power demands of the modern world. But burning the remnants of long-dead forests is changing the world in dangerous ways. Can we better harness the power of living plants today?

One way might be to turn plants into natural solar power stations that could convert sunlight into energy far more efficiently. To do this, we’d need a way of getting the energy out in the form of electricity. One company has found a way to harvest electrons deposited by plants into the soil beneath them. But new research from Finland looks at tapping plants’ energy directly by turning their internal structures into electric circuits.

Plants contain water-filled tubes called “xylem elements” that carry water from their roots to their leaves. The water flow also carries and distributes dissolved nutrients and other things such as chemical signals. The Finnish researchers, whose work is published in PNAS, developed a chemical that was fed into a rose cutting to form a solid material that could carry and store electricity.

Previous experiments have used a chemical called PEDOT to form conducting wires in the xylem, but it didn’t penetrate further into the plant. For the new research, they designed a molecule called ETE-S that forms similar electrical conductors but can also be carried wherever the stream of water travelling though the xylem goes.

This flow is driven by the attraction between water molecules. When water in a leaf evaporates, it pulls on the chain of molecules left behind, dragging water up through the plant all the way from the roots. You can see this for yourself by placing a plant cutting in food colouring and watching the colour move up through the xylem. The researchers’ method was so similar to the food colouring experiment that they could see where in the plant their electrical conductor had travelled to from its colour.

The result was a complex electronic network permeating the leaves and petals, surrounding their cells and replicating their pattern. The wires that formed conducted electricity up to a hundred times better than those made from PEDOT and could also store electrical energy in the same way as an electronic component called a capacitor. 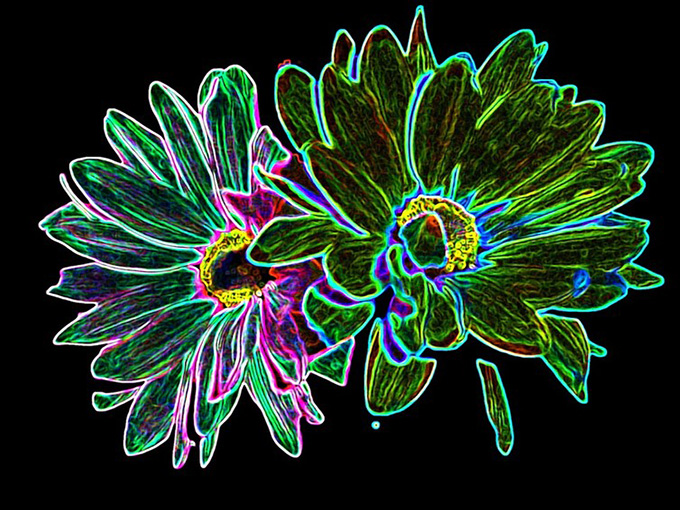 How well these electrical networks formed surprised even their developers. This seems to be because when the roses were treated with ETE-S, they produced the same reactive chemicals that they use to kill invading microorganisms. These chemicals made the formation of the solid electrical conductor work much better inside the plant than when it was tested in the lab.

There are still challenges before this discovery can achieve its full potential. Perhaps most importantly, they need to find a way of getting ETE-S (or some further improved chemical) into intact, living plants. But the creation of “e-plants”, that is plants with integrated electronic circuits, now looks much closer.

So how could e-plants be used? The most exciting possibility will be if we can combine e-plant electrical storage and circuitry with some way to directly tap photosynthetic energy, creating a literally green energy source.

But the technology could also help us better understand regular plants. Plants do not have a nervous system as animals do, but they do use electrical signals both to control individual cells and two carry messages between different parts of the plant. Perhaps the most spectacular example of this is in the Venus flytrap, in which the snapping mechanism is activated by an electrical impulse.

Building electrical circuits into plants will allow us to listen into these messages more easily. Perhaps when we understand their “language” better, we will then be able to send instructions to the plant. For example turning on its defence systems if we know that it is at risk of disease.

Perhaps we could create electronic plants that function like machines. If a crop could tell us if it has too little water or fertiliser, or is being attacked by insects, we could move resources to where they are most needed, improving farming efficiency. Maybe one day you could even use the technology to adjust a flower’s fragrance to match your mood.