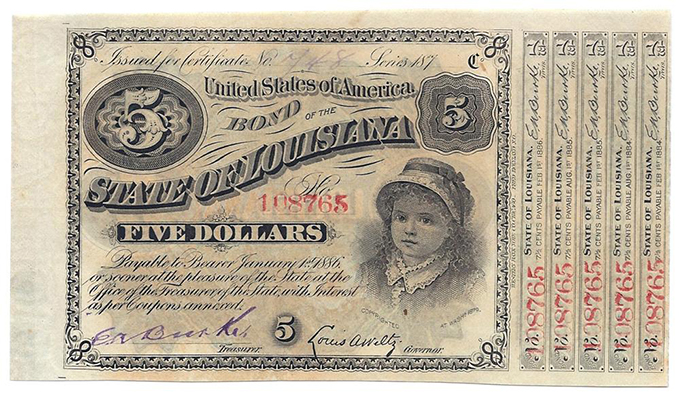 Despite the legions of administrators thought policing our campuses, our universities still seem to put out endless amounts of insanity. I’ve covered the whole “Milk is racist” madness before, but today I’ll highlight two more. First up, trying to teach the sort of behavior that might lead to a means of paying off student loans is, apparently, racist:

Public University’s ‘Diversity Training’: Expecting People To Show Up On Time Is Racist

I don’t want to come across as a whiner, as I chose this line of work, but the gentle reader really should get down on his knees and be grateful to never have been subjected to a Diversity Training workshop. YE GODS are these things abominations, utterly insulting the intelligence of everyone involved.

“You should teach pedophiles, murderers, criminals, and black people all the same way.”

–one of many useful pieces of information given to me at a diversity training workshop…I just can’t emphasize how relentlessly insultingly idiotic this “training” is.

Like many professionals, professors often have some continuing education requirements, albeit its bogus education mostly imposed upon them by administrators eager to justify their jobs. Admin has no idea what they’re doing and, so they shop around to see which trainer sounds nice (Pro tip: put “Diversity” into your corporate name for maximum success) and offers the best kickback to the administrators for hiring them.

Admin at Clemson University decided to blow $27,000 on “training” materials, and, as is always the case with diversity training, it’s pretty stupid stuff.

One slide features a guy named Alejandro who plans a meeting between two groups. Each group contains foreign professors and students. One group shows up 15 minutes early. The second group shows up 10 minutes late.

A question-and-answer section then instructs Clemson’s professors that Alejandro would be insufficiently “inclusive” if he were to “politely ask the second group to apologize.” Alejandro would also be wrong to advise the straggling, late people who aren’t respecting everyone else’s time that “in our country, 9:00 a.m. means 9:00 a.m.”

I’m a professional. I apologize to my students when I’m a minute late to class…that’s how it works. It’s insulting to set a meeting time and then make the other party wait. That’s not culture, that’s  not racism that’s…how reality works. Every culture on the planet uses clocks, it’s just plain nuts that asking people to behave professionally and to apologize for even accidental disrespect is now “racism.”

There are a few other examples of idiocy in the “training,” but the gentle reader should be curious who actually ordered this training. Didn’t she (going out on a limb) actually look and see what the training would entail?

Gill brings home a taxpayer-funded salary of $185,850 each year, according to The Tiger Town Observer, a conservative-leaning student newspaper at Clemson.

Yes, of course, the title of “Chief Diversity Officer” is twice as long as the title holder’s name, and so we all know that this is a position that can be safely eliminated without harming a single student’s education. Please, consider how much good could have been done if that “taxpayer-funded salary” of an astronomical $185,850 a year (plus benefits which, by themselves, are more than the yearly income of the average US citizen) were spent on education. We’re talking enough money to hire 4 full time faculty—in other words, enough money to pay for full scholarships for a room full of students (a student generally takes 4 courses a semester, after all). This scholarship idea assumes a professor only teaches 1 course. Professors typically teach 4, to give an idea of just how poorly our resources are being used here.

Honest, there’s so much money sloshing around in higher education that we could easily fix things with just a bit of common sense, or at least a touch of financial literacy, enough to know spending a fortune on a Chief Diversity Officer won’t do nearly as much for education as hiring teachers and providing scholarships.

Study: It’s Racist to Teach Students Financial Literacy
We’re burying our kids in student loan debt, and I’ve complained repeatedly that this is evil…and been chastised by admin for suggesting that there’s anything wrong with exploiting the ignorant, even in an institution that swears in writing (as per accreditation) to act with integrity.

Some schools do attempt some limp teaching of fiscal responsibility, but those courses are now receiving criticism, not for being weak, but for being racist. Seriously:

…these courses are actually racist, argue two professors in a newly published paper in the Federal Reserve Bank of St. Louis Review.

The paper, written by Duke’s William A. Darity and the New School’s Darrick Hamilton, argues that financial-literacy courses presume that the problem is simply that students of color lack of financial responsibility or financial knowledge…

You know, if these courses were specifically targeted at a particular minority, this claim might be viable but, like most every course on campus, it’s not intended for a particular group, beyond “kids fresh out of high school.”

Some more of their claims:

The real problem, Darity and Hamilton argue, is that too many black and Hispanic students begin at a disadvantage; they’re poor, and without money, and so financial-literacy programs are irrelevant.

How insulting is it to assume that blacks and Hispanics will never, never, have money? How is it not racist to assume there are no blacks and Hispanics with money? It really seems like the professors are the racists here, or at least deeply ignorant of the foundations of American societal structure (or at least professional sportsball, where one is hard pressed not to notice any blacks or Hispanics there with a great deal of money).

The solution to this perceived problem of racism in trying to teach people not to hurt themselves taking on unpayable debts is good for laughs, at least:

A non-racist solution: Taxpayers should fund so-called “baby bonds” for children born into low-income families, Darity and Hamilton propose. By the time these children reach college age, depending on their family’s wealth, they would have between $20,000 and $60,000 in federal funds set aside for an education or business endeavor.

This is practically a joke unto itself. I should be obligated to just turn over this money to every 18 year old from a poor family? Even if I accepted this as sane, the numbers are wrong. A typical college education *today* runs around $100,000, and tuition (more accurately, expenses related to going to university) is increasing 8% or more a year. This means that by the time today’s newborn reaches 18 years old, a degree will be $400,000.

Thanks to government-induced inflation, those “baby bonds” will hardly put a dent in the cost of higher education. Whatever should we do?

Oh, let me guess: inflation is racist, too?