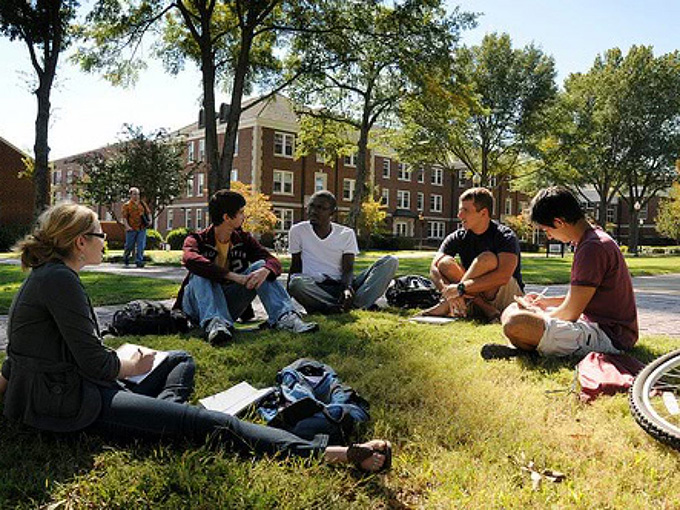 When the University of California decided in early 2020 to stop using the ACT and SAT in admissions by 2025, the decision sparked discussions anew about how fair and useful college entrance exams are in the first place.

On the other hand, UC’s student body does not quite reflect California’s diversity. In 2019, only 22% of students who enrolled in UC self identified as Hispanic. But Hispanics, the largest ethnic group in California, make up over 39% of the state’s population. That same year, underrepresented minorities made up 45% of the state’s population, but only 26% of UC’s enrollment.

Such demographics and the size of the UC system – which enrolls more than 280,000 students on 10 campuses – might encourage a growing number of schools to make the SAT or ACT optional. Would phasing out college admissions tests be a positive trend or the wrong way to go?

In search of alternatives

I am a mathematician and an educator who has reviewed SAT questions, studied how test questions function for different student groups and authored recommendations for enhancing equity in college outcomes and assessments. My views are informed by these combined perspectives.

Doing away with the SAT may feel liberating and just. But it is a school’s goal and the steps taken to meet it that will determine if doing away with college entrance exams is beneficial or detrimental.

Experts’ suggestions on what might come next range from replacing the tests with evaluations of student portfolios to basing admissions on students’ high school records. Ultimately, a region’s demographics and a college’s purpose must count in admission decisions.

Colleges and universities won’t necessarily become more diverse just because the SAT has become optional. A study of 180 liberal arts colleges found that test-optional policies did not increase the numbers of low-income and minority students, for example.

Increasing diversity in college requires being intentional: attracting and engaging student populations that remain underrepresented in colleges and universities, such as Black and Hispanic students.

Subjects such as math are still taught from a very individualistic, white, Eurocentric vantage point. This may put students of color, who don’t see their history or culture reflected in the curriculum, at a disadvantage.

In addition, some admission decisions may inadvertently favor privileged students. Say, for example, a college suspends the SAT and increases the weight of essays in admissions. Students with access to parents, counselors or advisers who are college graduates – or those otherwise “steeped in the academic ethos” – may know what types of essays will resonate with an admission committee. Such social and cultural background can still operate as an advantage in the current system.

There are two views to take with incoming students – a deficit view or an asset view. The first sees students’ weaknesses: what they lack. An asset view sees their strengths: what students bring to the table in terms of their culture, identity and knowledge.

The choice of view might make or break efforts to diversify college admissions.

Deficit views – which can lead to lowering performance standards or requiring students to take too many remedial courses – have unfortunately been pervasive in American education. Yet, there are growing efforts to focus on strengths.

For example, asset-based teaching in mathematics replaces memorization with creative ways of reasoning, and individualism with collaborative learning.

Different groups of students may perform differently on a fair test. Such differences in how students do on a test need not mean a test is unfair. Yet, in some cases, differences in group outcomes can in fact be due to unintended bias in test questions – that is, bias that unfairly puts particular kinds of students at a disadvantage.

Undetected, such biases might result in a score indicating that someone’s math – or verbal – ability is lower than it actually is.

How might this happen? A math problem about baseball may test more than mathematics knowledge. It may put me at a disadvantage if I know little about the sport, but not if I am familiar with it. My math ability is the same, but the sports context may introduce an unwanted bias.

The verbal SAT once contained such questions. A well-known example among scholars is the “oarsman is to regatta” as “runner is to marathon” answer to a verbal SAT analogy question from years gone by.

But research suggests that the SAT may still be biased against particular underrepresented groups, including those with a history of oppression. Could changes in the SAT ever fairly reflect the cultural diversity of today’s America?

A history of testing in the United States shows that the SAT, and our colleges and universities, were created at a time when the country’s demographic, social and cultural realities were very different from today. The test was not made by and for today’s America. And likely, it was not designed to build on the strengths of diverse students or avoid deficit views.

Changing admissions requirements is supposed to help make schools more diverse. But doing this will require more than changing tests or doing away with testing requirements. It’s going to require a radical rethinking of higher education based on equity and the strengths and needs of America today.

Author Bio: Guadalupe I. Lozano is Director, Center for University Education Scholarship, and Associate Reserach Professor of Mathematics at the University of Arizona