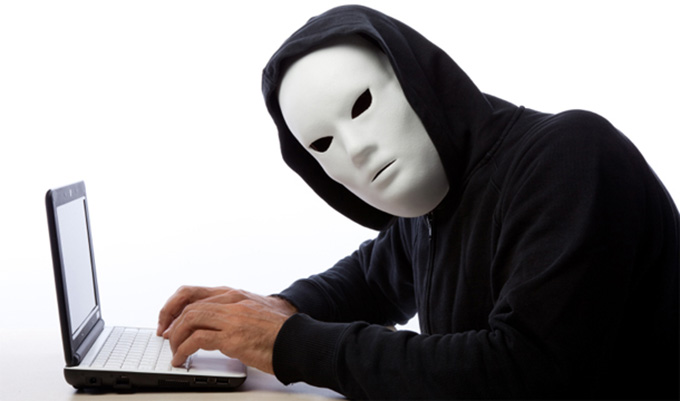 The term “stranger danger” was coined as a warning to children: beware the unknown adult, proceed with caution and be very careful what personal information you reveal. The question is, do adults take their own advice? Perhaps most would be more guarded and make sure they know who they are dealing with before revealing too much about themselves. But our relationship with “strangers” has been evolving and social media has torn down some of the barriers that used to protect us.

Now a relative stranger could be a Facebook “friend” and evidence shows that sexual predators are using this to their advantage. How we transition from stranger to non-stranger relationships is a relatively unexplored strand in research, with little recognition paid to the fact that the internet has completely transformed our level of engagement with strangers.

At the same time other studies are showing how the rate of reporting sexual offences to conviction is low. A report by Her Majesty’s Inspectorate of Constabulary (HMIC) concluded that 1 in 4 sexual offences should have been recorded as crimes but were not. Reasons cited for this were mainly centred on poor processes for recording the crimes and transferring them on to national recording systems.

The rate of reporting sexual offences to conviction is low.

Regardless of these issues, the reporting of sexual offences is on the rise, with this attributed to increased reporting of sexual offences and apparent improved investigative responses. In the year ending March 2015, the Office of National Statistics recorded the highest figure for sexual offences since recording began in 2002, up 37% increase on the previous year. For female victims of serious sexual assaults, 16% were recorded as “stranger relationships”. Other categories included partner/ex-partner (47%) other known (33%) and family member (4%).

What is a ‘stranger’?

What is our understanding of how stranger rapes occur? Do we believe this happens within a dark alleyway, involving victims randomly chosen by someone they have never interacted with? Given that most of these attacks are perpetrated by people the victims know – as opposed to the dangerous “stranger” – do these statistics allow us to feel safe within our online social interactions? Herein lies the problem: people we know. At what point would we say we actually know someone in the online and interconnected society of today?

One in three relationships now start online. The change in how people communicate in their day-to-day lives has impacted on the “modus operandi” of sexual offenders. The online environment has evolved a “new type of sexual offender”. Police forces have recorded a six-fold increase in the number of “internet-facilitated” sexual offences between 2009 and 2014.

The vast amount of dating and social networking sites easily accessed through smartphones has resulted in the normalisation of providing personal information to strangers. Even Snapchat now allows users to share their exact location. People are able to see your every move from your home location, work, school or college.

Snapchat states that their default setting is “off” for location-sharing and users must activate it. They claim that locations can only be shared with your friends list. Given our friendship circles are continually changing and our friends lists are likely to contain people we have never met, how practical is this safety feature?

Are you being groomed?

Grooming techniques are individually tailored to meet victims’ expectations. From child sexual grooming research, we know that trust is key in developing relationships online, with boundaries slowly broken down before introducing sexualised conversations. In cases initiated through online dating that resulted in sexual assaults, sexual communication was reported in over 50% of cases prior to meeting, with online contact to first meeting occurring within a week for 43% of cases . The frequency and intensity of interactions allows victims to feel comfortable and shifts the perception of the relationship from stranger to non-stranger quicker than offline encounters.

National Crime Agency evidence reveals 72% of internet-facilitated sexual assaults took place in the victim’s home. Exploration of attack locations of 459 internet-facilitated rapists showed more than half occurred within a 1.6km radius of the offenders’ home. This differs from previous findings where offenders travelled further to their assault location in a bid to reduce the risk of identification. Is this due to an expedited transition from stranger to non-stranger, where the regular dating precautions are dismissed, with victims meeting their victims sooner and in unsafe locations?

Recent research exploring sexual offending within the UK appears to back this up, concluding that the typical offender profile and crime scene behaviours have changed. Stranger rapists are appearing to be less “criminogenic” – in other words, they have fewer criminal convictions. And those with previous convictions are now likely to be for more low-level offences. This new type of sex offender is also taking fewer precautions and less likely to use forced entry or violence in their sexual attacks.

The same techniques used by online sexual offenders are being employed by so-called “romance fraudsters” targeting dating websites with the intention of extracting money from victims. Around £34.4m from over 3,100 victims was recorded regarding romance fraud last year.

More needs to be done to increase the understanding of the term “stranger” and how this is defined within criminal justice agencies. More importantly society as a whole needs to start getting to grips with the term. Our interactions online are now embedded at such a young age. They have allowed us to become comfortable in revealing personal information and speeding up the relationship process at a dangerous pace.

So before engaging with new “friends” online ask yourself: is this person really a stranger? Have you transitioned them to “non-stranger” status too quickly? Are you really being safe online?