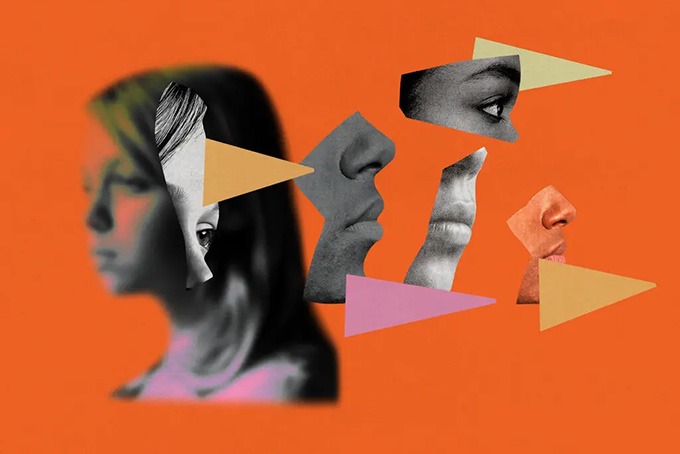 The massive consumption of pornography – full of violent sexual practices against women – by millions of children, adolescents and adults is not innocuous in the construction of their sexual desire, and, consequently, in the sexual relations they have with other people. .

According to data published annually by one of the most visited pornography portals, the countries with the most daily traffic on its website during 2021 were the United States, followed by the United Kingdom, Japan, France, Italy, and Mexico.

Mexico rose four places in the ranking of views, reaching sixth place in the top 20. Brazil is in tenth place, Spain in eleventh and Argentina in sixteenth. Likewise, it is the first time that Colombia and Chile enter this top of countries with the highest consumption, occupying the 17th and 20th position, respectively.

Pornography portals – which are among the most visited web pages each year – are inundated with direct and symbolic sexual violence against women. A recent study determined that almost 90% of the scenes analyzed contained violence towards women.

Added to the direct physical violence is the sexual imaginary that is built through the scenes of the videos, in which female pleasure and desire, dialogue, respect and affection have no space or representation. In addition, one of the most alarming aspects is that in pornography consent is diluted and scenes that actually constitute sexual assault are represented as sex.

Gender-based violence is the most prevalent violation of human rights in the world according to the UN, and, therefore, addressing it should be one of the priorities of all societies, as indicated by the Sustainable Development Goals (SDGs) set in the 2030 Agenda. Goal 5 mentions that it is necessary to achieve gender equality, not only as a fundamental human right, but as a necessary basis to achieve a peaceful, prosperous and sustainable world.

However, according to the National Institute of Statistics, in Spain the number of cases of gender violence continues to grow year after year , with the greatest increase in the number of victims in 2021 among women under 18 years of age (28.6 %). Regarding crimes related to sexual violence, according to the Crime Balance of the Ministry of the Interior , in the first quarter of 2022 there was an increase of more than 20%, almost 80% more in eight years.

Half of the victims of all sexual crimes were minors.

In Latin America and the Caribbean, 1.1 million adolescent girls between the ages of 15 and 19 have experienced sexual violence or any other forced sexual act, and at least 1 in 3 women has suffered physical or sexual violence at some point in their lives.

The rise of denialism

Although this notorious increase in cases may be due to an awareness on the part of women -97% of the aggressors were men-, as a consequence of the awareness campaigns that have been carried out in recent years by governments and institutions and thanks to which they have more tools to recognize themselves as victims, the figures continue to be alarming and unacceptable. In addition, these data reflect only the tip of the iceberg, under which there is a worrying normalization, trivialization and even denial of sexual violence.

Almost in parallel to these figures, we find ourselves before the unusual rise of the so-called “denial of gender violence” that has caused one in five adolescents and young men to consider that this reality is an “ideological invention”, a figure that doubles to that obtained in 2017 and which reflects the magnitude of the problem we face as a society.

Currently, many children and adolescents are accessing pornography at ever younger ages from any mobile device, without the need to register or go through any type of filter. In 2021, one of the most searched terms on pornography portals was “how to”, that is, “how to do”, which indicates that many young boys and girls use pornography to learn about sexuality.

This reality denotes that the current sexual education model is not being effective or sufficient. From our experience , sexuality education in Spain is approached in a residual, isolated way, and, furthermore, from a biologist perspective that associates sexuality with reproduction and linked to the prevention of sexually transmitted infections.

All children and adolescents, in addition to academic knowledge, should have the guaranteed right to receive an education that helps them fully develop in all facets of life, including sexuality.

Critical vision of a naturalized violence

The affective-sexual education model must be critical and emancipatory, it must problematize consent, putting desire at the center, and provide tools to detect sexual violence in a society where it is completely naturalized.

This would mean abandoning the punitive approach and offering young people knowledge and tools that allow them to recognize and detect the most normalized violence in their affective-sexual relationships and that help them to recognize themselves as aggressors and as victims, understanding that sexual violence does not It is not an individual problem, but a cultural and social one.

For this, it is also necessary to provide all the agents that intervene with adolescents with training and tools for the prevention of sexual violence from a feminist and intersectional perspective, which, together with the measures for the abolition of sexual exploitation and the establishment of Quality sexual education in teaching will be the keys to a real social transformation that finally guarantees more well-being and a life free of violence for all.