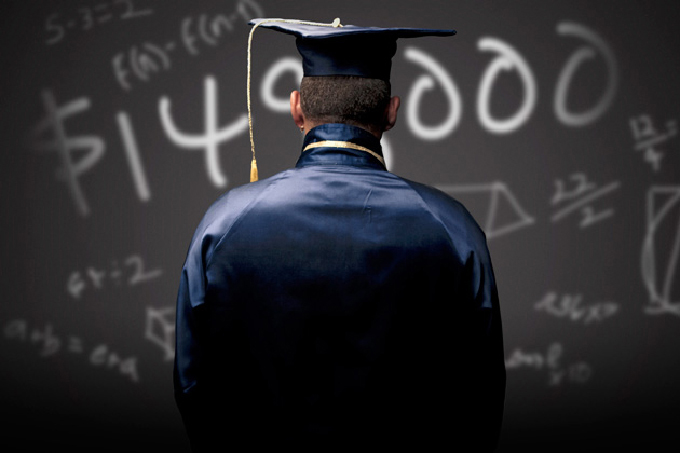 Bradley Ritter has a fascinating series of videos on YouTube. He’s a chemical engineer, but has many relevant things to say about higher education. He also often gives advice for kids coming out of school, though usually it’s along the lines of “study very hard and be an engineer.”

It’s not bad advice, mind you, but my mother was no engineer, and built a very successful online business. Again, just about anyone can do this, but if you give superior service you can succeed. You also probably should stay away from e-bay (their fees seem to only head up), but if you need help, try one of the 10 best e-commerce website builders and platforms of 2019 (or so they say…the point is you don’t need a ton of money to start a business anymore).

Some might find Bradly Ritter offensive (fair warning if you click on the link to one of his YouTube posts) but a recent video had so many cold, hard, truths in it that I feel the need to highlight them:

–I encourage the reader to check out his other videos as well.

He in turn quotes often from an article on our generation of students trapped in student debt; it’s mostly a collection of the many, many, horror stories our higher education system and the student loan scam have inflicted on our kids as they come out of high school.

Let me quickly go over one story, as good an example as any:

Ruiz, now 30 and living with her mother in Oak Park, is working. But she remains in default on her student loans. And that’s eating away at her.

“My mother didn’t raise me to steal, and that’s what it feels like I’m doing,” Ruiz says. “I went to school. I got my degree. I have a full-time job. But I still feel like my mom didn’t raise me to take out a loan and not pay it back.”

Ruiz is $80,000 in debt, and thanks to an economy which pays most people very little, she just doesn’t make enough, even with her degree, to pay the interest on her loan, even if she’s still living with her mother. This is the heart of the problem of the student loan nightmare: the job you’re getting with the student loan money (for the minority that even manage a useful degree) is not enough to help pay off the loan.

For the vast majority of degrees, there’s no justification for the cost, as the student primarily needs to read and study, often from books and material that haven’t changed in many decades, in buildings on land paid for decades, if not over a century, ago. It’s not supposed to be this way…but reality says it is.

Entrepreneurship needs capital, but it is impossible to self-fund when you have massive student loans to pay off.

The above is the other reason higher education was mostly for the wealthy. They’re the ones with capital to invest, after all, and having an education goes a long way towards doing it wisely.

Now higher education is simply a program so that our kids have a slightly better chance of getting a job, as opposed to investing capital. Imagine if instead of loaning massive amounts like this, we just gave everyone $30,000 (the average student loan debt) to start their own business. Would it be more destructive than what we have now? I doubt it.

“She could have talked about the news on YouTube for free, instead of a degree in broadcast journalism…”

Ridder takes many pot shots at the degrees, and he has a valid point. The money this student blew on tuition could have gone towards a fine home studio (with tens of thousands left over)…it doesn’t take that much to set up a YouTube account (although expect to be de-platformed eventually if you challenge “the narrative”).

Many of the degrees Ridder discusses (and disses) actually sound like job training…but the cost is too high. On the other hand, the poor sod who spent $90,000 for a degree in Peace, Justice, and Conflict studies was ripped off, and Ridder laughs heartily at him.

Here’s where I disagree with Ridder, as he often targets the fools who got these strange degrees. Yes, they’re fools, but the universities promise to act with integrity in exchange for receiving those sweet student loan checks; they know these degrees are of minimal market value, they know they’re doing wrong, they know these things, and keep on doing it.

Keep in mind, 50 years ago, you could get a silly degree in French Literature or whatever. The wealthy could afford to spend four years of their lives on such things, and afterwards they went back to their families to build up the estate.

“I didn’t go to college to get my MRS degree…”

—a female explaining an old joke, the “Missus” degree…

Of course, the wealthy wanted their sons to have that education, so that they could invest their capital more wisely. That was centuries ago; in more recent years, they sent their daughters to college to get a wealthy husband, and that was the main purpose of those “silly” degrees. Ridder often targets females with those silly degrees…but there was a time when such degrees weren’t so harmful, and so our universities still offer them.

Thus it is that universities offer these worthless (in terms of direct monetary value for an employer) degrees…but they should have changed things once they knew poor students were really hurting themselves on student loans.

In any event, I disagree with Ridder for poking fun at these fools. They’ve been indoctrinated into believing a college degree is the way to a better life, to the point that they had no idea there were other options. Certainly the institutions didn’t see fit to let the fools know.

Yes, I call them fools, but higher education promises not to take advantage even of fools, especially fools who’ve been raised from near birth to be vulnerable to the student loan scam.

“They’re in the hole, but they just keep going for it…”

Ridders says in many cases the students should have simply walked away from college. That’s a tough decision…but he’s probably right. Too bad the schools work so hard on “student retention,” trapping them in the system long after they should move on.

The above is key, we’re literally creating a generation of homeless people with degrees. The article he quotes from says student loans are delaying homeownership by 7 years, but I don’t know. “Bought the farm” is slang for death because that’s often more likely to happen than actually paying off the mortgage. If you tack 7 more years onto that, what is it now? “Died, lay in a casket for 7 years, then bought the farm”?

“Whenever I made a payment, I knocked the principal down…”

Once they leave college, the fools are often tricked into payment plans which only address the interest. Even if they make regular payments for a century, they’ll still be in debt. Nobody tells them that if they just paid even $10 more than the minimum payment, it would save them thousands over the decades they’re planning to spend paying off the debt.

Our schools make Gender Studies a mandatory course, being sure every graduate knows the pronouns for all 23 genders…but somehow doesn’t see fit to give them decent training in how loans work.

“The bank owns their womb…”

In addition to destroying homeownership, Ridder points out how this system is destroying our female college graduates. They’re too far in debt to have a child. They basically would need permission from the bank holding the student loan before they could reproduce, as they can’t afford it otherwise.

“Should anyone who has messed up her life like this be an agent for social change?”

Ridder takes many shots at students, and the above both hits and misses. These kids often get heavy indoctrination in college, and so graduate with a set of social justice beliefs…and no way to pay for them. He’s right that they shouldn’t be in a position of power, but doesn’t realize how much “education” has served to make the student so unfit for the position. Again, this is warped from higher education’s goals of a long time ago, where indeed making a person fit to lead was part of the goal of education.

I know the above doesn’t seem like a vast fortune for those of us in our 50s, perhaps…but it’s every year. These kids coming out of college are supposed to be building up capital, but they’re basically making an extra rent payment every month. This drain is devastating when you’re young, and completely stunts any growth of wealth that might happen…instead, you get sucked into an ever deeper debt.

“If college provided value, it’d be a non-issue…”

Behold the cold hard truth above: if a college degree was really worth what we’re charging, the $1.5 trillion we have in student loan debt would be a non-issue. It’s a simple observation, but a very damning one.

“…if the colleges didn’t admit deadheads.”

Another simple truth. Colleges have no skin in the game, they make a fortune whether the students graduate or not, whether the students get a job or not. At least he points the finger at colleges sometimes. To maximize the loan revenue, colleges have annihilated entrance requirements (to get them on campus) and destroyed standards (to keep them there, they call it “improving retention”).

Another simple truth that wasn’t so true 30+ years ago. When you switch your major, it can add 1, 2, 3, possibly even 4 years onto your tuition costs. Debilitating debt is even worse when you increase it by 25%, 50%, 75%, or even 100%. Now, switching majors is easy, but it used to be a difficult thing, requiring signatures from the departments involved, who each would inform the student of the mistake he was making.

“Bros: do not date women with high student loan debt.”

Ridder gives plenty of unpleasant, but valid, advice, and I’ll stop at the above (there’s much more in the video, for readers who have sons…). Why marry a women and be instantly $50,000 or more in debt? If you can’t marry her, don’t date her.

In times past, women went to college in large part to find a husband. Our student loan scam has warped our society in many ways, and as Ridder identifies, higher education is taking women who go to college and making them unmarriageable, or nearly so.