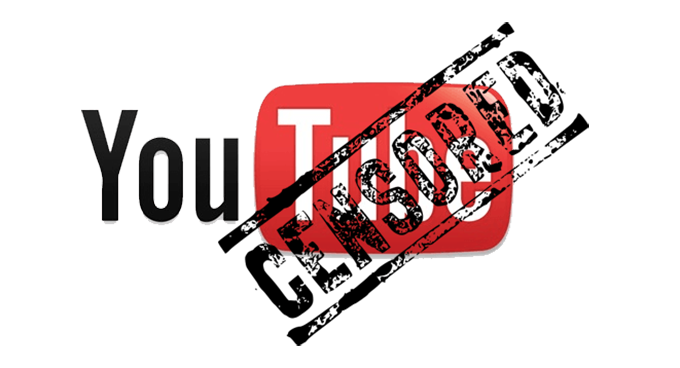 I can do all these things, but if I dare to also say “Trump doesn’t suck in every way,” I’m labelled a “Trumpite.” It’s a strange world we live in, where nuanced views of political figures are simply beyond the capacity of much of the general public.

Anyway, I’ve certainly covered how conservative (which nowadays is defined as anyone to the right of Stalin) speakers cannot get a platform on campus, but it goes much further than that. There’s a general assault on anyone and anything which challenges the mainstream media narrative that I find very disturbing.

Fox News is banned in the UK, for example. The claim is “low viewership” but considering CNN rates below 30 year old reruns of children’s cartoons, it’s a pretty obvious lie. The sub-story points out the real issue:

Unlike newspapers, broadcasters are expected to maintain strict impartiality and can be fined if they knowingly disseminate misleading information.

In the 10 years Fox has fallen foul of the regulator 22 times for breaches of its licence and the Ofcom code, seven of those were for breaches by Fox News.

CNN is pretty one-sided as well, and yet doesn’t fall afoul of rules violations. I don’t dispute Fox News is pretty biased, but shutting a news organization out of a country is pretty hefty de-platforming.

On an individual level, former presidential candidate Ron Paul was de-platformed. To clarify, he was de-monetized on YouTube. Oh, YouTube still makes money off his videos but he gets nothing…it’s an insult meant to drive him away. I grant Ron Paul doesn’t exactly need the money, but quite a few other people with “alternative” views have found themselves suddenly without income, and also without viewers because their videos have suddenly become hard to find.

These de-funded people are trying to survive, but it’s clear there’s a concerted effort to “protect” citizens from ideas not approved of by the mainstream (whatever that is). It’s not just YouTube that’s cleaning house, Google is forever changing their changing their search engine to keep people away from “offensive” sites.

Something happened in the search algorithms a few months ago, to steer people towards mainstream sites, or at least sites “approved” by Google. Even my own blog has lost around half its readers in the last few months, a surprising drop considering I’ve hardly changed the tone of my blog, higher education certainly hasn’t changed, and it really seems like events on campus have been more newsworthy than in years past. I’m hard pressed to believe I’m relevant enough to be targeted by Google directly but…it’s clear something is up.

A Google spokesperson said in an email to the WSJ: “From the beginning, our approach to search has been to provide the most relevant answers and results to our users, and it would undermine people’s trust in our results, and our company, if we were to change course.” According to Google, their results are “determined by algorithms using hundreds of factors” and “reflect the content and information that is available on the internet.”

It could just be Google searchers have a liberal bias, but it seems there’s something more to it than that. I know they say they mean well, but Google fired their engineer for daring to say such “controversial” things as human males might have physical differences from females. I’m more inclined to judge Google by their actions then their promises of well-meaning.

Stumbling back to education, it’s long been known that “academic freedom” only applies to faculty with tenure. Around 70% of faculty have no hope of tenure now, and will likely end their academic careers as sub-minimum wage adjuncts.

Now, it’s scary that “one side” can no longer question what’s going on. It’s downright terrifying that the other side is also under fire:

Now, I don’t agree with what Professor Durden had to say…but the rapid firing for her saying it was over-the-top. If she wasn’t an adjunct, she’d have a little protection, at least.

Honest, the guy is something of a monster for saying something like this. It…really is bad form to wish the Wrath of God against a whole state because a majority of it didn’t vote for your candidate. I’m sure Miss Manners has a whole chapter in one of her books devoted to this very topic. Still, the instant removal from campus has a chilling effect.

We’re now at the point in higher ed where “keep your head down, say nothing of what you see” is simple career advice. The de-platforming of half the country is a bad thing happening today, but I promise it all started years ago, when “academic freedom” was stripped from faculty while they were turned into adjuncts.

I strongly suspect that the de-platforming of free speakers today is a consequence of the enslavement and stripping of the academic freedom of our academic class.

To what extent do we have that now?