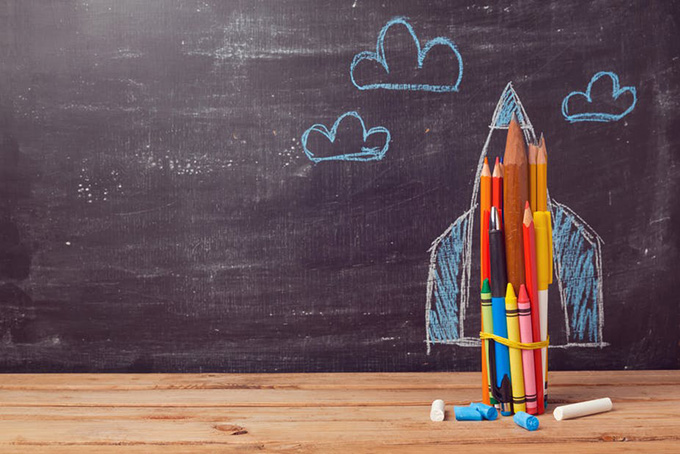 Ten years ago, the Corruption Eradication Commission and the Attorney General’s Office created an Honesty Canteen program by establishing 1,000 canteens in public schools to train character building and anti-corruption among students. This trial ends as a failure story.

The canteens only last in the first year and then most are threatened with bankruptcy.

The canteen sells food, drinks, and goods for students in the school, without a canteen guard serving and supervising merchandise. Students take the items themselves, pay for themselves, and take the change themselves. What happened? The majority of the cafeteria went bankrupt because the merchandise ran out, but the money was not collected . The canteen ran out of capital.

Honesty is not a type of natural behavior, but a result of a system that must be built systematically and continuously. Dishonesty of students is part of a larger fraud system in society. Systems in society, including schools, cannot afford to be honest as habits and culture.

How should honest characters be formed through school? What is wrong with the school’s learning systems and practices for decades?

Initially, the school is a children’s platform to fill free time in the middle of their basic rights to play. At leisure, with the guidance of a knowledgeable and skilled person, the child acquires teaching in the form of literacy, numeracy, and life skills as well as education related to morality, religion, and aesthetics.

School management in Indonesia is a reflection of the history of the development of the department or ministry that regulates it . At the beginning of independence (1945-1950) the nomenclature used was the Teaching Department whose minister was Ki Hadjar Dewantara. In the next six cabinets the teaching nomenclature is still being used, without including the word education. Six later cabinets used the nomenclature of the Department of Teaching, Education and Culture.

At the beginning of independence, leaders were united in struggling to care for the country and nation. The majority of the people are passionate about supporting the struggle of national leaders. The interests of the nation are the priority of the national struggle. Therefore, in relation to schools they generally think more about teaching matters for the transfer of knowledge and skills in order to educate the nation.

In subsequent cabinets (1951-1966) the government began to use the nomenclature of the Department of Education, Teaching and Culture (PP and K). Furthermore, the word education is always placed in front.

At that time the interests of the group through the party began to strengthen. Each party strives based on ideology that is quite clear, such as religion, nationalism, socialism, or communism. But, since each ideology differs from the deep divide, party leaders begin to struggle to unite. They are busy fighting for the interests of their party and ideology. This creates controversy, dispute, conflict, and competition.

People observe this condition and often imitate. Therefore, public policy makers begin to think about the need for moral (character) education to instill, among others, polite behavior, mutual care and care for one another, and respect for diversity.

Since the New Order government (1966-1998) and also the Reform Order (1998-present) the word “teaching” was removed. The book by Lant Pritchett, Director of Research at the RISE Program , entitled ” The Rebirth of Education: Schooling Ain’t Learning (2013) ,” for Indonesia may be related to a lack of attention to teaching.

Government institutions that deal with teaching and education issues change their name to the Ministry of Education and Culture. Also named the Ministry of National Education. In this era the parties no longer held the ideology that underlies the strength of their struggle, while violations of social values ​​such as fraud, deception, intolerance, corruption, collusion, nepotism continue to occur.

Gradually the interests of groups, families and even individuals possess the behavior of elite officials, business elites, and community elites who are often often copied by the community.

School is a factory?

According to Gede Raka, character education researcher and also professor of the Bandung Institute of Technology, we need to stay away from the perspective that treats schools as factories. In this view, school factories produce graduates whose quality is measured through national examination scores, employing “machines” named teachers, and using a production system called curriculum.

According to Aristotle, moral values ​​are the pillars of character strength. Values, as well as character, are reflected through one’s behavior in their social interactions. As part of the community, teachers, students, and parents are members with their respective roles and responsibilities. Mutual trust, mutual respect, willingness to share, and shared aspirations are important.

In addition to the school’s perspective as a learning community, character education requires the view that each student is a bud that has different potential. Characters have a variety of dimensions, such as creativity, curiosity, courage, persistence, honesty, compassion, kindness, fairness, leadership, and others.

Various dimensions of character combine and are channeled through various forms. In addition to dimensional diversity, character grows from an early age. For example, the interaction between mother and baby is the initial stage of developing the character of affection. Relationships with siblings, brothers or sisters, in childhood can forge a character of nobility. Thus, efforts to develop character cannot rest on the view that students are the “raw material” of uniforms that will be valuable after processing.

Because students are different buds, the main task of the school is to recognize the potential of each student. Teachers play a major role in identifying and developing students’ potential. In an effort to develop potential, uniformity of excessive learning processes can hinder the growth of student excellence because diverse potential often requires different forms of support.

By using their respective advantages, students have the potential to be independent and bring benefits to society when they enter the workforce.

In other history, in the academic world we know the name of the Institute of Teacher Training and Education (IKIP). The word teaching which means teaching is called before the word education. After several IKIPs become state universities, an Education Institution for Education Personnel (LPTK) emerged which left the word “teacher training”.

Based on the historical dynamics of the development of the use of the word teaching and education there are indications that behind these two words contained concepts that could not be equated, but also difficult to distinguish and impossible to separate. So, schools need to understand and put the theory and practice of teaching and education according to their respective functions. Both must exist and complement each other.

The history of the development of teaching and education in Indonesia shows that both complement each other and have their respective roles. Schools as a vehicle for learning require appropriate perspectives, practices, and partnerships for teaching that transfer knowledge and education that foster character.

When designing and implementing ideas related to learning, schools should pay attention to the different roles of teaching and education in an inseparable whole. This is so that the story of the Honesty Canteen goes bankrupt not recurring because of dishonesty in the school environment.

Author Bio: Syaikhu Usman is a Senior Researcher at the SMERU Research Institute