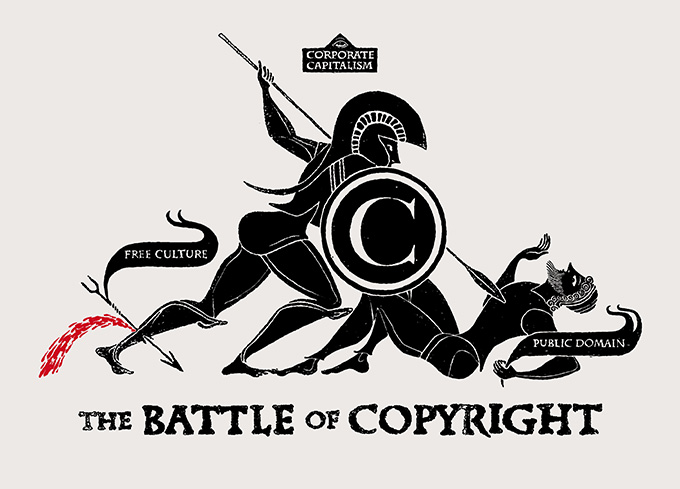 A couple of days ago, I discovered that ¿Cuánto te Asusta el Caos?: Política, Religión y Filosofía en la obra de Philip K. Dick is available in a new digital edition with a new cover. I’m happy to see it (though no one told me about it), and hope there will also be a new print edition sometime soon. After all, it’s my dissertation translated into Spanish.

The story of how it got translated and published a dozen years ago is recounted in a chapter of mine in Cultures of Copyright edited by Danielle DeVoss and Martine Rife. I’m excerpting it here, for I am more and more concerned with what has happened over the last few years with Intellectual Property, itself an inappropriate designation for something that should not be considered property at all—at least, not as equivalent to physical property. After all, even the Constitution sees it otherwise, allowing Congress to set terms of copyright “To promote the Progress of Science and useful Arts, by securing for limited Times to Authors and Inventors the exclusive Right to their respective Writings and Discoveries.” Physical property has no such limitations.

Over the years, Congress has taken that clause and has run with it, expanding the limits of copyright protection again and again right up until 1998.

Our “culture of copyright,” today, is a complete mess. What happened to my dissertation is particularly trivial, amusing and flattering. In other situations, though, IP conflicts and misunderstandings can be devastating. Copyright restrictions have become a serious drag on creativity and on the sharing of knowledge. No longer does copyright promote scientific and artistic progress. In fact, it stifles it.

Seeing the new version of “my” book (it has my name on it, at least), brought all of this to mind beneath my chuckle. Here’s the history, extracted from that book chapter:

Although I knew nothing about the Digital Millennium Copyright Act (DMCA) that had been signed into law by President Clinton…, I was vaguely aware that I did have certain rights over my own work, but I believed (falsely) that I still had to invoke them prior to their taking effect. To me, copyrighting something was a proactive choice, as once it really had been. I didn’t realize that, now, the fact of publication invoked copyright automatically. I thought that doing nothing let greater rights migrate into the public domain, and I liked that idea.

In terms of my dissertation, well, I felt that it did not belong simply to me, anyway. I had earned my degree at a land-grant (public) university, after all, and felt that I had a bit of an obligation to share what the public, in part, had paid for.

In terms of copyright and IP, I was incredibly naïve….

When my dissertation chapters appeared on the web site [I had offered it to], I did recognize that it was possible for anyone to download them or print them. That was fine…. What I really wanted was for people to read what I had written….

About a year after the linked essays… appeared…, I got an email from someone in Spain, asking if one of those chapters could be translated, to appear in a journal there as a stand-alone piece…. I immediately agreed….

Two years later, I got an[other] email…. When I opened it, I saw that… [the writer] was asking me if I knew that my entire dissertation had been translated into Spanish and published… as a book. Surprised, I did a quick search…. I was delighted. I printed out the cover image shown on the web and posted it….

This was before I had decided on an academic career. I can’t believe how innocent I was, but I still believe I did the right thing and reacted in the best way.

Why do we have to hold things so tightly?

Maybe I am still naïve and innocent, though I have now been publishing regularly for a decade. Maybe I do believe it is time for the Disney Corporation to give up rights to Mickey Mouse, ceding him to the public domain where he belongs instead of lobbying from another extension of copyright law, as will certainly happen sometime in the next decade. Ultimately, it will be even better for Disney. It certainly was for me.

But I doubt I will ever convince the bean counters of that.

I doubt even Marley’s ghost could.