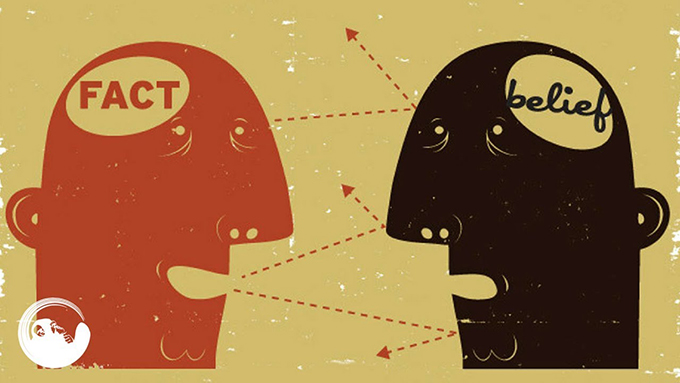 For years I’ve covered faculty being removed from campus for having integrity, or at least the sense enough to not agree with “the narrative,” and First Amendment protections never seem to apply. Thus I was more than a little puzzled when I saw the following headline:

Indiana University admits a professor has ‘racist, sexist, and homophobic’ views but say they can’t fire him because of the First Amendment

After years of over-use, the cry of RACIST has lost its strength, and now extra slurs are typically tacked on, in this case, “sexist and homophobic,” although “right wing” and other scare words are typically used as well.

But this can’t be right. I’ve seen professors removed before, the First Amendment has offered no protection against the ideologues running many of our campuses today. So, I was suspicious, and seeing the link is from fake news site MSN, I found considerable amusement in the spin here. Let’s take a look:

So the university really is slathering these labels on their employee, and is hiding behind the First Amendment. What exactly did he do or say, anyway?

Rasmusen came under fire earlier this month after he tweeted about an article called “Are Women Destroying Academia? Probably.”

His crime? He linked to an article. I’ll probably look at that article in more detail later, as I rather disagree with it (I maintain strongly the student loan scam is destroying academia). That’s some pretty extreme guilt by association. What did the professor say, exactly?

His tweet said “geniuses are overwhelmingly male because they combine outlier IQ with moderately low Agreeableness and Moderately low Conscientiousness.”

This is MSN, so I guess I should be impressed they went this far before becoming misleading. The professor’s tweet may have said the above…but that’s actually a quote from the article. A casual reader might think the professor said the above, but, no, he’s simply hitting a highlight from his link, to entice others into reading the article.

MSN doesn’t bother to explain what the quote means, but I’ll summarize. Human males are more common at extreme levels of behavior and ability. Your murderers, drug addicts, and, yes, geniuses tend to be male. It isn’t simply brainpower here, it’s also personality traits such as “low Agreeableness” and “low Conscientiousness,” which allow someone with sufficient brainpower to pursue truth and knowledge, even if others might not like it much.

Back to the point, to attribute this quote to the professor is quite misleading, a proxy plagiarism.

Did the professor say anything to justify those labels the Provost put on him?

Robel said that Rasmusen also believes that women don’t belong in the workplace, gay men should be banned from academia, and black students are unqualified for elite universities.

Uh, the above is certainly an accusation, but this is just a belief from the Provost about what the Provost believes the professor (Rasmusen) believes. That’s quite the string of conjecture. How is this information relevant to the slander MSN is promulgating? Note the careful phrasing here, as MSN makes it clear, with specific reading, that they’re only quoting beliefs piled on beliefs. I doubt all readers consume this fake news in a discriminating way.

Robel, a provost and executive vice president for the university, said in a letter to students that Rasmusen, who has been employed by the university since 1992, has “for many years” used his social media accounts to “disseminate his racist, sexist, and homophobic views.”

More undocumented slander. It’s a shame MSN couldn’t be bothered to take a few minutes to find something from the professor backing up the slander. Oh well.

So, the professor won’t be fired for his alleged views, but the university will make things very unpleasant for him, in addition to using the media to spread slander.

“Academic freedom should protect me even if I believed all the things the provost attributed to me,” he said.

I emphasize that the professor is denying the accuracy of his university’s slander. Who should we believe? If the slander were true, the university and MSN would have no trouble actually citing examples…seeing as that hasn’t happened, I’m inclined to believe the professor’s denial.

The professor has an additional comment on his blog (where, I repeat, if the Provost/MSN were being honest, they’d have no trouble documenting their claims):

Indiana University is not discouraging bias, but encouraging it, even requiring it, as a condition of teaching.

Ultimately this is the problem. Since higher ed (and our mainstream media) is incredibly biased to the point of shutting out all opposing views, we probably shouldn’t be paying for it. I disagree with the Professor’s linked article that women are the problem here…but I’ll let him have his say without calling him racistsexisthomophobe.