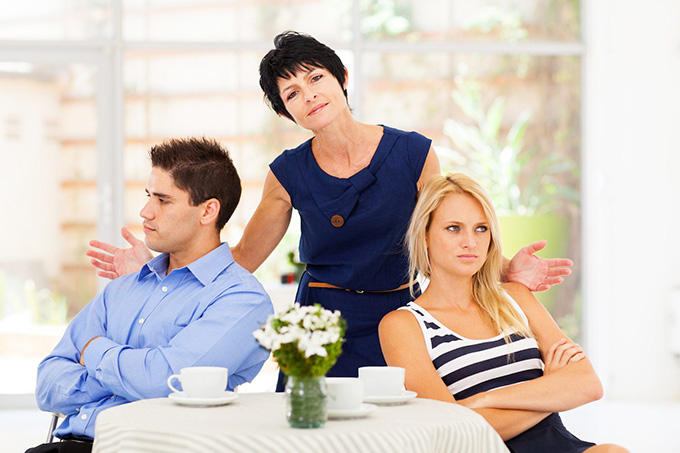 In the usual dictionaries, the adjective “dividing” is defined as “what deeply divides opinion”. This now dominant meaning has eclipsed the strict meaning of the verb “cleave” which originally designated a technique, and even an art: that of splitting a diamond or a crystallized ore “according to the direction of its lamellar layers”, as specifies the online dictionary of the National Center for Textual and Lexical Resources ( CNRTL ).

The craftsman endowed with this know-how on a very precious raw material was called a “cleaver”. This family of technical words was therefore found in the Dictionnaire raisonné des arts, des sciences et des métiers , in other words The Encyclopedia directed by Diderot and d’Alembert in the Age of Enlightenment.

Appearing much later, “dividing” is endowed with a socio-political meaning no longer related to the materialist vocabulary of Flemish diamond merchants. More than a word, it has even become a veritable trope, a figure of speech characteristic of this media idiom that the linguist Gérard Genette called the medialect . In 2012, in the column “Just a word” of Le Monde , the journalist Didier Pourquery recounted its rapid and almost contagious diffusion in the mouths of political journalists. It should be noted that the two examples given then of subjects considered to be “divisive”, Europe and secularism, are still on the agenda ten years later.

The other side of this diabolical word is that it presents itself as a descriptive label and that its public use turns out to be all the more effective as it is blurred by the halo of protective attitude that surrounds it. . “Dividing” remarks could indeed cause unease in public opinion suddenly magically reunited: vigilance is therefore essential! On a more general level, “cleaving” represents a speech act that modifies reality, which is called performative in linguistics.

Let’s take a closer look. “Clivant” indeed operates an almost sanitary warning about certain speeches while subscribing to the protection of the most precious democratic public good: the free expression of opinions. In fact, the label “dividing” once it is attributed to authors clashing with dominant conceptions, or about so-called “lively” or “sensitive” questions such as immigration, national identity or Islamophobia, amounts to signaling a danger to public opinion. The nature of the danger remaining tacit, the alarm spreads its anxiety-inducing potential in the public thus challenged.

This formidable performative efficiency reveals a serious paradox upon reflection. Democracy being in essence the regime recognizing the plurality of opinions and protecting freedom of expression as long as it is exercised within the framework of the law, suspicion with regard to speeches which a priori respect the rules of the debate would not be necessary, if one bases oneself on article 11 of the Declaration of the rights of man and of the citizen of August 24, 1789.

Because that would then amount to deciding by authority, outside of any established law and any legitimate authority, with reference to a consensus as mythical as it is fallacious, which speeches are deemed to be audible and which are not, as tend suspicious borderline cases grouped in the “dividing” category.

The hypothesis of the existence of a tacit ideological norm underlying the public discursive space of which “dividing” would be the coded expression and the operator would therefore amount to recognizing the exercise of moral censorship in the field of the expression of ideas and convictions, which radically contravenes the principles of our democratic culture.

What comes to the support of this worrying hypothesis is the recent shift of “cleaving” applied to people and no longer to their public remarks. Indeed, the controversy loses its meaning even when this qualification is attributed a priori to intellectuals and representatives of the academic world invited to express themselves. So we would be dealing through this misuse of the word not only with a diversion of the debate under the influence of the culture of clash, but with its prevention without apparent violence.

Author Bio: Isabella of Meccanem is Professor of Philosophy at the University of Reims Champagne-Ardenne (URCA)