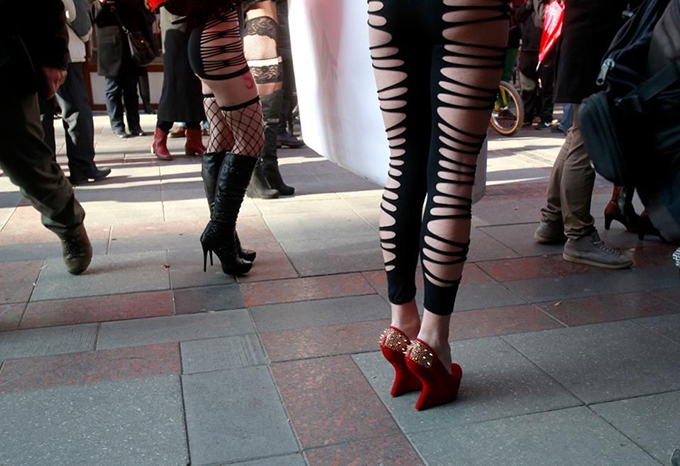 I’ve covered before how many college graduates now become prostitutes to help pay off their student debt, but that’s only addressing what happens after a student graduates and realizes her degree is worthless and has no choice.

A far larger share of students become prostitutes, or semi-prostitutes (at the risk of splitting hairs) while still in college. There are entire sites devoted to them, for older gentlemen seeking “the girlfriend experience” with a college student, in exchange for paying off ever more exorbitant tuition.

This has been going on in the US for some time, but the UK has been copying our higher education system. It’s only natural for their students to become prostitutes as well, but at least the UK higher ed system helps them out:

Ah, orientation, I remember it well. “Here’s the library, here’s the food court, here’s the rec room, here’s where you’ll be taking classes….” I hail from far more prosaic times, indeed. What kind of advice are the UK students getting at orientation nowadays?

Ok, so I guess I played a bit of a “gotcha” with the title, since clearly this isn’t part of the official orientation materials. Still, there must be some sort of market here, and the university didn’t shut it down. Are they really expecting that many prostitute/students?

“1 in 6 students does sex work or thinks about turning to sex work,” SWOP tweeted. “We can help.”

Now, I’m not one to cast judgement on people, but perhaps we should ask some questions about an “education” system where 1/6 of the students are considering “sex work” to pay for the system. To clarify, about 60% of students are female, and, realistically, most prostitutes are female, so we’re looking at around a quarter of the females are prostitutes, or are at least considering it.

At Brighton University, the SWOP stall, which featured a colorful “wheel of sexual well-being” for students to play with, stood beside another advertising careers in finance.

Now, I’m thinking that perhaps a college degree would be helpful in finance, but does anyone else think these two “careers” belong side by side? Honest, you don’t need a college degree to be a prostitute.

As I finally start to recover from the first round of treatments, a question comes to mind:

Just how proud should the United States be of shipping this new brand of higher education to the rest of the western world?