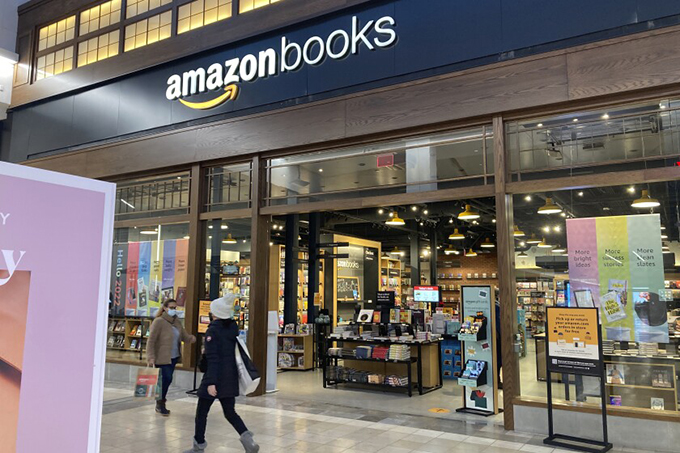 Finally, the announced merger between the publishing group Editis, owned by Vivendi, and Hachette, a subsidiary of Lagardère, should not take place.

After months of various noises, Vincent Bolloré, the boss of the media giant Vivendi, has decided to sell the very Franco-French Editis to a foreign buyer so as not to have to face concentration problems that the regulators were already promising him. Europeans.

A way for him and Vivendi to better maintain control of Hachette and achieve its global ambitions.

The largest bookstore in the world

This cross-exchange illustrates the internationalization of the publishing industry and demonstrates the sector’s faith in its future.

Amazon offers, for example, a perfect textbook case for analyzing the globalization of the book sector.

Didn’t Jeff Bezos’ company become the first global bookstore  ? First to offer a book resale platform in many countries; first by the extent of the choice of written language; first in its dominance in the marketing of printed books, whether new or used. Naturally first in the sale of digital books. First also, it is less expected, in the audio book.

With just one click, hundreds of millions of readers around the world now have immediate access or after waiting a few days to the book of their choice from millions of available references.

Do you still have to know which book to choose! Like Umberto Eco heading with a quiet but determined step through his labyrinthine library to find the one he is looking for.

Amazon is also the leading self-publishing platform. It offers more than a million new titles each year in several languages. If you are one of the 100,000 or so French Sunday writers , you have probably already looked at, if not used, the many tools offered by Kindle Direct Publishing, to create and publish an electronic book, paperback or hardcover . You have probably also been disappointed by the sales of your work. According to an American humorist writer , count an average of 14 copies sold, more than half of which were acquired by family members.

This all-out firepower from Amazon is not without worrying publishing companies, especially since it has gradually become their first customer. Their need to better negotiate their conditions of sale with the ogre of Seattle is also a motivation, strongly affirmed, of their merger and acquisition projects.

A good illustration of this phenomenon is the merger between Penguin Random House (Bertelsman) and Simon & Schuster (Paramount Global). This operation, not yet finalized, because in the course of antitrust judgment, follows a wave of 30 years of international mergers and acquisitions.

Too many to list here, just a few: Collins Absorption (UK) – remember your first English dictionary! – by Harper (United States); that of Harlequin (Canada), known for his sentimental novels published all over the world, by Harper Collins; the takeover of Random House (United States) with lucky publication choices, like Joyce’s Ulysses , by Bertelsmann (Germany); that of Penguin House (United Kingdom) with the famous and stainless logo by Bertelsman always.

And so today also the proposed acquisition of Simon & Schuster, the publishing house of Stephen King, and John Grisham, among others; without forgetting the now obsolete merger project between Editis (Vivendi) and Hachette Livre (Largardère).

The creation of publishing giants is the immediate consequence of mergers and acquisitions, especially cross-border ones. Six groups now occupy a quarter of the world market. The publishing industry has not escaped the planetary movement of the commercial ascent of multinational companies becoming giants .

As in other industries, innovation plays a key role in the evolution of the sector. Starting with technological innovation. Digital has flooded the planet of the book, whether through electronic publishing, distribution logistics, success marketing, the sale of audio books and comics or even the professional book segment. However, digital is characterized by lower unit costs, but also by higher fixed costs which must therefore be amortized on larger markets. There are also network economies that favor some through a snowball effect. A single or a handful of winners are selected.

The innovation also concerns the formats, let us use here the consecrated English terms, and finally more meaningful, like webtoon , webnovel , graphic novel , serial fiction , etc. It also concerns business models such as subscription formulas – a kind of book club in today’s world – or the all-media and all-round version of successful titles: series, films, podcasts, games, trinkets and other trinkets. In short, a kind of universalization of stories and their heroes.

The Little Prince himself, the most translated book in the world after the Bible, has not escaped this unbridled commercialization. It has of course been adapted into film and series and its famous slender silhouette has been reproduced on everything and anything , key rings, medals, caps, and even egg cups, glasses cases and water bottles. There’s good, not so good, and very bad, but don’t roll your eyes and regret this trade out of the book. The character of Saint-Exupéry has thus known many new lives, prolonging for some the happiness of reading or engaging others to immerse themselves in it.

There is also a certain standardization of tastes and fashions as evidenced by many international best-selling books and genres. The anatomy of bestsellers was studied by comparing data on the textual characteristics of books that appear on bestseller lists and those that do not. Their dissection reveals, among other things, that success requires rather a simple language, close to speech, a number of main themes limited to two or three, and risings and fallings of emotion which follow one another. Too many adjectives and verbs should be avoided. Ditto for the sex scenes or the description of the bodies, except if they are cooled (detective novels are legion among the best-selling books…).

Of course, complete knowledge of the ingredients to incorporate or avoid does not provide the recipe for success. In the same way that the list of products in the pantry of Top Chef cooks is not enough to designate the winner in advance. Note that there is also no miracle recipe for guessing successful genres and subgenres like the Scandinavian thriller or action manga. It’s here like the global pizza and hamburger craze, or more recently the poke bowl.

Let’s finish spinning the culinary metaphor by recalling that for the book as for the kitchen, tastes and preferences are still marked by the local culture. They differ from one place, one country, one continent to another. Translated books, for example, only represent a fifth of sales in France.

Even if it makes many authors dream, the best-selling book and its variations remain an exception. In proportion to the number of copies sold and therefore the turnover of publishers, it is another matter. Take the example of the United States, where the average number of copies per title is a few hundred: the 10 books sold at more than a million copies generate as much revenue as the million others placed at less than of 100 copies .

A global market that is losing weight

Moreover, with the number of prints per new title decreasing mechanically as the number of new titles swells – a trend for many years – bestselling books become more important for the balance of accounts. Indeed, unlike other sectors which have become internationalised, publishing does not benefit from a world market which is exploding . This is not even growing faster than population or wealth as measured by GDP. In developed countries, the market is shrinking in constant euros or dollars and emerging economy countries have not taken over, despite the progress in education and university development that they are experiencing. Anyway not yet.

In the 1960s, the planet had 1.6 books sold per inhabitant, the figure fell to less than one in the 2000s. are eager to seek growth outside of their traditional geographic market and seek outlets beyond publishing for their best-selling print or electronic titles.

The book beyond its linguistic borders thanks to translations, and textual thanks to its adaptations in images, does not lose its soul. The same applies to publishing outside its national strongholds. She helps the book travel. The rapprochement between Editis and Hachette made many fear the creation of a French publishing juggernaut crushing everyone in France in its path. With the acquisition of Hachette by Vivendi and the future of Editis probably by a foreign publishing group, this attempt will finally push the French book industry to open up a little more to the world.

Author Bio: Francois Leveque is a Professor of Economics at Mines Paris