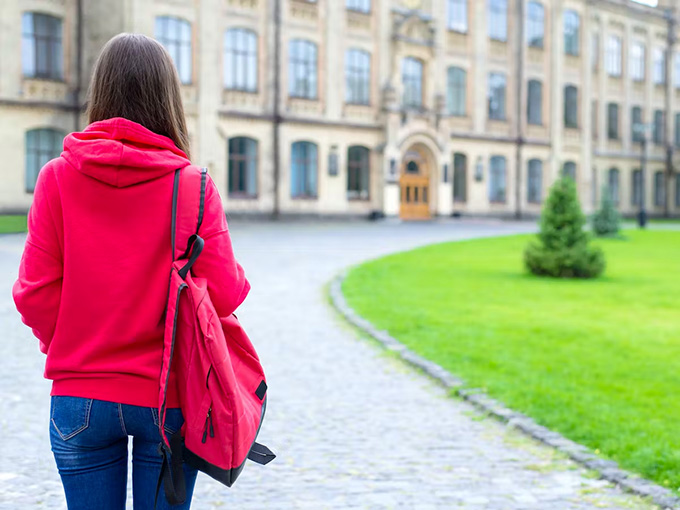 This week, year 12 results have been released in Victoria, New South Wales, Queensland and Tasmania. Other states will follow next week.

The Higher School Certificate and its equivalents are seen as the pinnacle of schooling in Australia – the culmination of years of hard work and anticipation. Yet each year, the same narrow narrative about “success” appears in the media.

We hear about the “top-performing” high schools, which are disproportionately private and government selective schools. And we hear about the individual “high achievers” who top a subject or achieve a high university entrance rank. These results are of course impressive, but recent analysis of NSW data showed the proportion of high achievers from disadvantaged schools is shrinking.

There are other ways of thinking about success in year 12. Federal Education Minister Jason Clare often notes he was the first in his family to finish high school and go to university (he pointed this out as recently as Monday in a speech at Western Sydney University).

Our research shows how significant this achievement is for many young Australians and their families, and how we need to broaden our ideas about what success means for year 12 students.

In 2022 between 13% and 55% of all new undergraduates in Australia were the first in their families to go to university, depending on where they enrolled.

As the name suggests, “first-in-family” students are those whose parents do not already hold a university-level qualification themselves. Frequently, they also don’t have any siblings or relatives who have gone to university.

Research has also shown first-in-family students are more likely to be Indigenous, and more likely to live in socio-economically disadvantaged communities and/or rural and remote areas. This means their journey through formal schooling and into tertiary education is likely to have been much more complex than for their more advantaged peers.

So, at university, they must navigate a new and unfamiliar pathway. They also enter a system where entry is still very much tied to family background. According to 2012 data (the most recent available), a young person with a university-educated parent is twice as likley to enrol in university than someone who does not.

Since 2010, my colleagues and I have been conducting one of the largest studies to date on the aspirations of Australian school students.

In 2021, we did a follow-up study with more than 50 NSW students we had previously interviewed. About 80% were first-in-family students.

What first-in-family students told us

For the first-in-family students in our study, four things stood out.

First, students and their families placed immense value on schooling to foster greater opportunities and get to university. There was a hope they could change their life trajectory through education. As Bella*, a year 9 student, told us about her parents:
Because they didn’t go to university, they want me to go […] They don’t expect a lot of me, but they just want me to go so I can get a better job than what they have.
The second thing we noticed was first-in-family students saw themselves as breaking down barriers. This is not just in terms of getting to university, but giving voice to others in their situation. Frank is currently studying politics and international relations at university. He told us:
My family have always been the workers. They have always been those who have been impacted by government policy […] I think it’s about time that someone from my family was in a position to be able to be on the other side of that and help in a positive way rather than just being impacted by it.
Third, teachers were described as a big influence. As year 12 student Brice told us:
Our careers adviser, Ms Bradshaw […] I don’t know what we’d do without her, really. She’s the biggest help that we have […] she knows what all of us want to be individually so if there’s one thing she goes, ‘Oh, I know that Lachlan really wants to do that’, she goes and talks to him about it.
And finally, students didn’t refer to the HSC or a high tertiary admissions rank (ATAR) as a form of “success”. Instead, they often focused on realising their passions and aspirations. When we spoke to Martha last year, she had just graduated from university and is working as a speech pathologist:
I knew this was the job I wanted straight out of school. I was like, get it done, four years and then no schooling. I feel like so many things have led me to where I am now that I’m happy. I’m really enjoying life […] I said in my original interview many years ago that I’m going to be a speechie. And now, in this interview, I am a speechie!!

A different version of success

So, when you read typical portrayals of year 12 “success”, consider the first-in-family students who have the odds of getting to university stacked against them.

For some of these students, getting to the end of high school is an important “first” in itself that must be recognised. This is encapsulated by year 11 student Ayla, as she reflects on her family’s past and her own future:
My mum dropped out of school when she was in year 8 and my dad went through to year 11 and my sister dropped out in year 11 […] So I don’t really have a lot of experience, a lot of people telling me stories about it [university], and I haven’t gone to any campuses and stuff so I don’t really know a lot about it, but I’ve heard that it’s good.
While first-in-family students are a diverse cohort, what they often share is a belief in the role of education to change the future – for themselves, their families, communities, and society-at-large. There is still much more to do to ensure the education system rises to this challenge.

*student and teacher names have been changed

Author Bio: Sally Patfield is a Senior Research Fellow, Teachers and Teaching Research Centre at the University of Newcastle