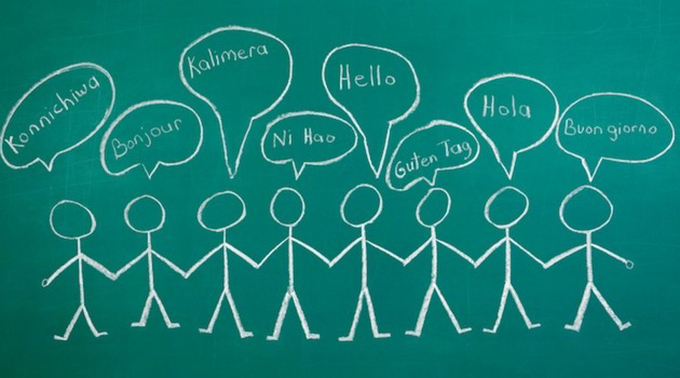 Nestled in the report’s discussion of ELs’ development of English language proficiency is the issue of EL reclassification (the process where ELs are deemed proficient in English and exit language services). This is often framed as a seminal moment for these students. Yet, the process of reclassification is hardly straightforward, and influenced by myriad factors. Promising Futures highlights research on student-level factors that impact reclassification such as language background, socioeconomic status, and English proficiency at school entry as well as studies exploring systemic factors, such as the procedures and criteria used to exit EL students.

But, given the limitations of current research, the report is unable to offer strong conclusions on why some ELs struggle to get reclassified. The authors offer several possible explanations for these variations including potential differences in language proficiency assessments, the adequacy of these assessments, the quality of EL instruction and teacher attitudes and beliefs towards EL students. In sum, the reclassification process is filled with a lot of noise — student characteristics, instruction, policies, and procedures all have an impact — making it difficult for researchers to isolate how these factors work together to influence exit from EL status.

A new study published online in Educational Evaluation and Policy Analysis examines local implementation of reclassification policies in Texas, where EL reclassification decisions are made by school-level Language Proficiency Assessment Committees (LPACs). LPACs are made up of a school administrator, bilingual teacher, transitional language teacher, and a parent of an EL student. These committees rely on English language proficiency, academic assessments, and in some cases, classroom teacher input to determine whether a student is ready to exit EL services. The study highlights how each LPAC’s varying perspectives, knowledge and processes underlying reclassification combine to produce disparate exit rates for ELs in different schools.

Researchers Madeline Mavrogordato and Rachel White posit that differences in policy implementation would be evident if ELs with similar demographics and levels of English proficiency and academic achievement had different rates of reclassification. And that’s exactly what they found.

At the school-level, LPACs approach the reclassification process in markedly different ways. These discrepancies were organized into three different areas: meeting activities, use of technology and data sources, and weighting. Several LPACs used the meeting to fill in each EL student’s scores by hand onto a form, which left little time for holding substantive discussions about individual students and whether they should be reclassified. By contrast, others worked from prepopulated forms and talked through the progress of each student and their growth over time.

For example, at Rodriguez Elementary School, each student’s student’s academic achievement and English proficiency scores were projected on a screen. Grade level teachers floated in and out of the meeting to provide feedback and comments on each student’s performance.  The assistant principal took detailed notes of the discussion to record “ideas around supports and services the LPAC recommended for teach student the subsequent academic year” and planned to share them with administrators and teachers at the local middle school the help facilitate EL students’ transition to middle school. That school was also highlighted for their use of technology, which allowed for targeted and in-depth discussions.

LPAC’s varied in how much weight they gave to teacher feedback. At most schools, the objective criteria (achievement and English language proficiency) were the primary driver of reclassification decisions. But in a handful of schools, teachers’ judgment held more weight than the objective data, “even when teachers expressed concerns about aspects of student learning that were not related to English language proficiency.” That suggests that committee members may misunderstand the purpose of reclassification and the Texas policies that drive this process.

Mavrogordato and White also examined LPAC members’ understanding of the purposes and consequences of reclassification. In focus group discussions, some described reclassification as a transformative event that could be used to drive instruction for current and recently-exited ELs, while others viewed it purely as a matter of compliance with state law.

These findings highlight the inconsistencies and chaos of the reclassification process. As my colleague Conor Williams wrote in his 2014 paper Chaos for Dual Language Learners, inconsistencies in reclassification policies and procedures can cause challenges for EL students,  “Not only are they exposed to pedagogical and instructional priorities that vary by state, district, school, and even classroom, but they face different expectations for exiting language supports and (often) gaining access to mainstream academic courses.”

Perhaps in response to these variations, the Every Student Succeeds Act (ESSA) mandates that states set uniform procedures for EL exit (and entry), but in the absence of regulations, states will have considerable leeway to construct their own interpretations of what this means. Texas has not yet released its state plan and so it remains to be seen how state leaders plan to standardize these procedures.

Given the freedom afforded to states under the new administration, the standardization of entry/exit procedures is unlikely to be a particularly significant improvement on the status quo for ELs. Rather, the reclassification process is likely to remain mired in inconsistency and misalignment across schools and districts in states that permit significant local control of these decisions.