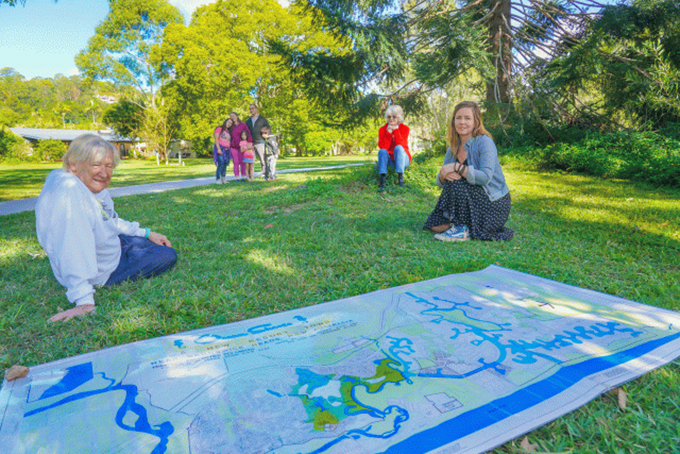 Climate change is irreversible. While it is important for universities to reduce their carbon footprints to prevent further damage to the environment, this will do little to mitigate current and ongoing threats – including to their own estate.

Each year, universities suffer from extreme weather events that are increasing in frequency and intensity as a result of global warming. In 2017, for instance, we took faculty positions at the University of Houston less than a month before Hurricane Harvey struck the Gulf Coast and inflicted on the city of Houston one of the most devastating floods in its history.

During the storm, we received multiple emails from students reporting that they were evacuating their homes. We didn’t have to do that, but we had to spend a week locked in our apartment building before we were able to return to campus. The flood waters had receded, but the university buildings were covered in tarps. The conference room near our offices became a temporary classroom and the basement café and dining area was closed for the next year.

In the wider city, the devastation was debilitating. For weeks after the hurricane, we drove past dozens of homes and witnessed despondent families dragging their soaked belongings to the kerb. We also received a steady drip of emails from students who, finding themselves in such a situation, were dropping out of university.

Since Hurricane Harvey, the University of Houston has also experienced Tropical Storm Imelda (2019) and this winter’s freezing storms – a newer challenge outside hurricane season for a university in a humid subtropical region.

But Houston may be thought to have got off relatively lightly. Natural disasters have wrecked university campuses around the world. In 2011, earthquakes in Japan damaged many of Tohoku University’s buildings – several were so irreparably damaged they had to be levelled and rebuilt. In 2013, nearly 2,000 university students were stranded on campus in Manila when a monsoon engulfed The Philippines. This year, flooding in Australia led to campus closures in New South Wales – which, in the previous year, had been ravaged by unprecedented wild fires.

Drawing on our experiences in Houston, we have spent the past two years studying how universities can prepare for the worsening effects of climate change. We quickly found that many US universities have been harmed by hurricanes, tornadoes, floods, earthquakes and wildfires. Extreme weather events have caused billions of dollars’ worth of damage to campuses.

They have also caused a lot of human suffering. In such situations, residential students have two options. They may flee campus – but they too often do not return to complete their studies. Alternatively, they may hunker down in campus dormitories – but often without electricity or hot water, or with limited food. Researchers, meanwhile, have lost priceless samples or had their work set back years after freezers lost power or labs were flooded.

Our early findings suggest it is more common for universities to work to reduce their carbon footprints than to make significant investments in preparing for natural disasters. Universities may embrace sustainability plans for many reasons: they are popular with students and faculty, they are good PR and it may be less expensive to recycle than to retrofit.

However, disaster resilience plans are also important. Our recent paper, “Leading in the Eye of the Storm”, published in the journal Higher Education, suggests that at each stage (preparation, response, recovery), university leaders need to consider how they will avoid pressures to make choices that seem convenient in the short term but that can create their own set of challenges in the medium to long term. For instance, university leaders may rush to reopen early to show strength, but that may ultimately create more problems than cancelling classes for a few more days if commuters cannot get to campus. And while it might feel wasteful to pay casual staff who cannot make it to work, it is much better to maintain goodwill by sending the message that employees are valued and will be taken care of during crises.

Traditional recommendations on how to act during a crisis follow New Public Management principles. University leaders are advised to centralise decision-making and act quickly. Consultants suggest that university values, such as taking time to collect information, deliberate and share decision making, will paralyse universities into inaction. Instead, we found that the leadership team at University of Houston improved the way it responded to Hurricane Harvey compared with how it responded to Hurricane Ike a decade earlier because leaders prioritised information-gathering, relationships and communication. Additionally, the university used money and extended compassion to help students. The leadership team strives to continuously improve its ability to respond to disasters.

As we transition to faculty positions at the University of Florida – taking residence in a state perennially hit by hurricanes – we will continue our research. We are examining how decisions are made by mid-level administrators leading up to, during and after natural disasters. We are also considering how universities can improve their responses to different types of disasters. Tornadoes and earthquakes can be gone nearly as quickly as they come, while tropical storms and floods unfold over several days.

Universities that are well prepared for such events not only help themselves. They also put themselves in a position to support their surrounding communities in times of peril. That should result in fewer students dropping out. But, more importantly, it is a powerful way of converting rhetoric about supporting local communities into very concrete, very urgent action.

Author Bios: Frank Fernandez is Assistant Professor of Higher Education and Hilary Coulson is a Lecturer in the Center for Gender, Sexualities and Women’s Studies Research at the University of Florida.