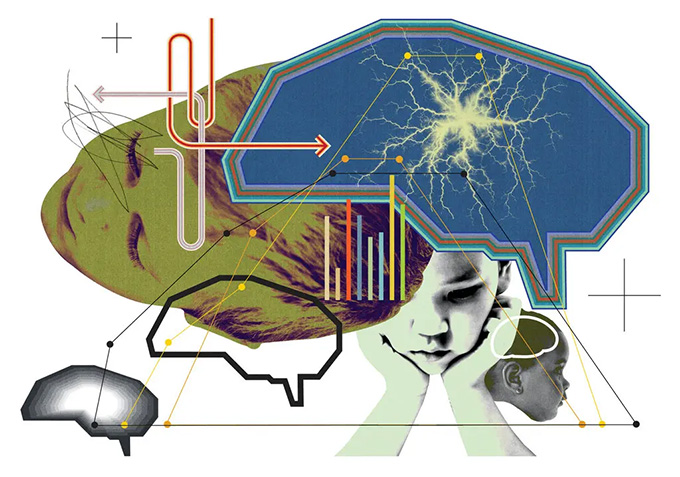 More than 15 years ago, numerous experts began to suggest that some behaviors, such as gambling or the use of video games, seemed to be addictive . Some people who carried out these behaviors excessively presented symptoms similar to those experienced by people with addiction to substances (alcohol, cannabis, etc.), for which reason the existence of so-called “behavioral addictions” began to be proposed.

To date, the major diagnostic manuals for mental disorders (the International Classification of Diseases and the Manual of the American Psychiatric Association ) have only recognized gambling disorder as behavioral addiction.

Both video game disorder, compulsive buying disorder and compulsive sexual behavior disorder have been accepted as mental disorders, but for the moment they are not considered addictions, despite the fact that there is increasing empirical evidence that supports to its addictive characteristics.

Adolescence is an extremely complex stage of development characterized, among other multiple aspects, by biological, psychological and behavioral changes. Among these changes are physical maturation, identity formation and increased responsibility, interest in social interactions, and exploratory behavior .

To understand whether this stage of life is associated with a greater vulnerability to developing behavioral addictions , experts have proposed different theoretical models, especially focused on adolescent brain development.

All these models are based on the fact that the brain systems responsible for cognitive control are still very immature (they will develop over the years), while the reward system is highly activated and developed.

In other words, adolescents exhibit greater impulsivity and a higher tendency to seek immediate rewards, rather than longer-term goal-oriented behaviors. Adolescents, therefore, show a greater tendency to carry out impulsive and risky behaviors , includingaddictive behaviors .

If we are able to find out why some adolescents are more vulnerable than others to developing these specific pathologies and, therefore, we can detect an adolescent profile at higher risk, it will be easier to design prevention, detection and treatment plans focused especially on these adolescents.

In the case of gambling disorder , being young and younger, as well as presenting cognitive distortions and deficits in emotional regulation, depression or a high frequency of tobacco, alcohol and other substance use are factors that predict a greater risk of ending up developing the disorder.

Among the risk factors for an adolescent to develop video game disorder , family aspects have been highlighted, among others . For example, those adolescents who have a lesser quality or disruptive relationship with their family, or who have been victims of traumatic events within the family context, present a greater risk of using video games as a maladaptive coping strategy and, consequently, present a more likely to end up developing an addiction.

That is, video games would be used by adolescents as a “tool” that allows them to relieve themselves of intense negative emotions (in this case, in the family context) that they do not know how to regulate in a more adaptive way. Likewise, other risk factors would be being young, reporting high levels of impulsivity and loneliness, as well as the presence of behavioral problems.

In the case of compulsive buying disorder , impulsivity associated with negative emotions has been described as one of the main risk factors, as well as being a girl.

It has also been suggested that those adolescents who report greater negative emotions and high levels of impulsivity present a higher risk of developing problematic use of pornography compared to those who do not.

However, more studies on these addictions are required to reach solid conclusions.

Although much more research is required, it appears that adolescents are a population that is especially vulnerable to developing behavioral addictions . They are in a stage of emotional, psychological, physical and mental development that makes them present high levels of impulsivity.

Impulsivity and difficulties in emotional regulation (typical of adolescence) are some of the most commonly identified risk factors in these pathologies, so they must be taken into account when developing addiction prevention, evaluation and treatment plans. in adolescent population.