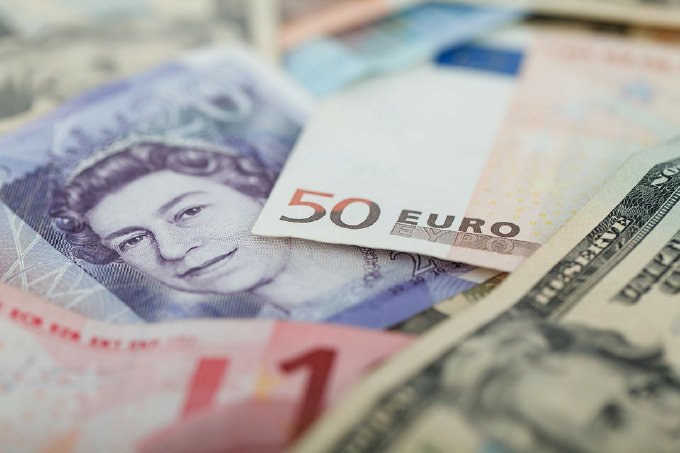 For those interested in currency, watching the GBP Sterling over the past few months will have been an interesting ride. Prime ministerial resignations, cabinet reshuffles, and building model buses out of wine boxes have all had an effect on the value of the pound. The euro has seen a similar trajectory with various trade wars and the economic slowdown in the eurozone.

For those involved with forex, the past year has been both incredibly exciting and potentially worrying. Indeed, the entire continent seems rapt with what Brexit and other global issues, such as climate change, could mean for their country and, in turn, its currency.

For example: The humanities are increasingly seen as important in helping science fight climate change due to the insight it can provide on the behavior of groups of people

Only nineteen of the forty-four countries considered to be in Europe have adopted the euro, so what are the main currencies in Europe and how important are they in the forex market?

The Importance of the Pound and the Euro Despite both facing tumultuous futures, the pound and euro are two of the most significant currencies in Europe and represent some of the largest and most influential economies in the continent. The EUR/GBP currency pair is among the top ten most important currency pairs in the world of forex – one of the major ones that doesn’t include the USD.

Almost all reports into the currency pair will attest to the volatility that the trading pair has seen since June 2016. Advice to traders is that the pair will likely provide many opportunities for profit going both long and short until Brexit is finalized and the withdrawal agreement between Britain and the EU has been achieved. As such, the GBP/EUR trading pair is prone to many fluctuations due to political issues that arise. With great power and influence in the world comes the possibility of currency fluctuations as every move could see the currency rise or fall in value.

The Swiss franc is almost always included in the top ten list of most traded currencies and is used in Liechtenstein and Switzerland. In terms of forex fluctuations, the Swiss franc is considered one of the most stable currencies – and it has seen its value compared to others increase due to their relative instability.

Investors began utilizing the Swiss franc when the US monetary policy weakened the dollar and the Eurozone debt crisis engulfed the euro. The Swiss franc has been on the up since 2015 when the Swiss National Bank removed the peg of 1.20 francs per euro, which saw the Swiss franc rise 30% compared to the euro. However, January 2019 saw an unprecedented drop for the otherwise stable currency due to hyperinflation caused by the printing of more francs in order to buy up euros as a result of quantitative easing from the European Central Bank.

Compare this to the Belarusian ruble, which has been marred with inflation, political restrictions, corruption, and high taxes leading to its weak value compared to every other currency in Europe. As currencies are susceptible to fluctuations, none can be deemed 100% stable and it’s worth monitoring each one before making any major assumptions.

For example: The Organisation for Economic Co-operation and Development provides up to date information on currencies such as the Swiss franc

How Can We Get Advance of Possible Currency Fluctuations?

In order to trade forex properly, it’s important to understand how we can not only know when is best to make trades for certain currencies against other currencies but to anticipate when and why fluctuations may occur. One way in which we can get advance of currency fluctuations is through the purchasing power parity system. This assumes that similar goods should be the same price in each country, adjusted for the exchange rate. So if the cost of one begins to rise or fall, its position compared to another currency can be monitored to see whether the currency is being undervalued or overvalued. Moreover, relative economic strength can also be an indicator of whether the currency will fluctuate or not.

When trading currency pairs on a platform, it is important that the platform enables you to analyze all the potential information that may indicate whether it is a strong currency pair to trade or not. This includes looking at the previous value of the currency and seeing what major events may have caused any significant (or even subtle) fluctuations in its value. For those who want to go more in-depth with their currency fluctuations, they can begin to look at various econometric models of forecasting exchange rates; this can indicate when the currency’s country may alter exchange rates, which would have a knock-on effect on the value of the currency.

For example: Top Rated Forex Brokers enables potential forex currency pair traders to analyze information on the different forex platforms available to see which may have the most information available

Understanding the currencies in Europe and how they may be traded can be difficult. For one, three currencies that make the top ten govern more than half of the countries in Europe, leaving little space for other currencies to flourish. The major ones – the pound, Swiss franc, and the Euro – have all had knocks in the past year. Some could have been anticipated, while others were just banking issues that went out of control. When trading forex currency pairs, it is important to use all the information available to analyze and anticipate these potential currency price fluctuations.