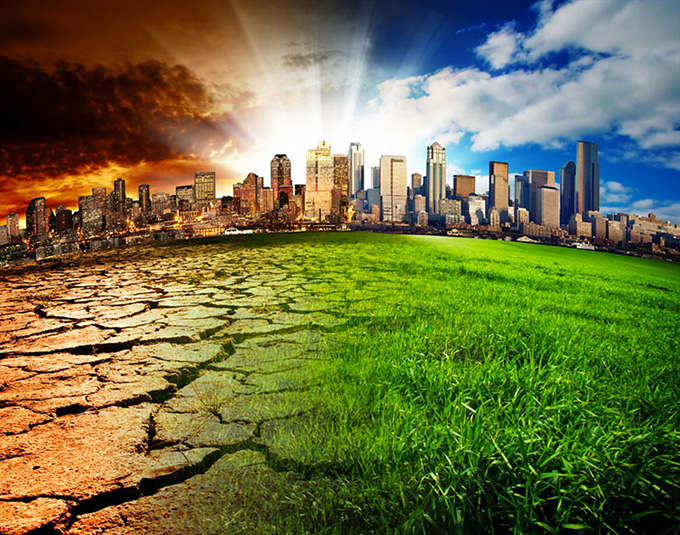 Although in science we must always be willing to rectify theories with the new data that are observed, the evidence that we have available points to a clear confirmation that climate change is of human origin, as the latest reports of the Intergovernmental Panel of the Climate Change .

To deal with it, there are two main strategies: adaptation and mitigation.

The first involves designing actions that reduce the negative effects of global warming, improving our preparation for the new climate scenarios that are expected. In short, he considers that the effects – or at least part of them – are already inevitable.

Mitigation, for its part, tries to mitigate the problem, that is, it tries to promote strategies that reduce the concentration of greenhouse gases in the atmosphere.

To do this, there are two ways: on the one hand, lower emissions and, on the other, promote the capture of gases that are already present, whether in the vegetation, water or soil.

To achieve the second goal, we can promote so-called natural carbon sinks . We know that plants absorb CO₂ and store carbon in their growth, while their decomposition feeds the carbon fixed in the soil. The oceans absorb a large amount of CO₂ that ends up becoming geological deposits. Obviously, reforestation is a good mitigation strategy, while avoiding further deforestation and carbon loss in the soil. For example, due to high intensity boreal fires.

Regarding the mitigation actions aimed at reducing our emissions, the alternatives can be classified into three groups: energy saving, use of low-emission energies and capture of emissions  in situ .

I usually comment with my students that the most ecological light bulb is the one that is turned off. Of the famous three Rs, it seems that we do not realize that the first is not to recycle (it is the third), but to reduce and the second is to reuse.

Reducing our superfluous consumption and promoting more energy efficient systems are the best strategies to reduce emissions. I’m not just talking about changing some elements of our way of life (which could lead to big savings) but even much simpler things, like turning off appliances instead of putting them on standby . Far from being negligible, this energy –which is only necessary for the device to be within reach of the remote control– accumulates thousands of kWh per year. Let’s not say anything about the savings that would result from improving the thermal insulation of buildings or traffic management with more flexible schedules.

Regarding the use of low-emission energies, renewables are always mentioned. They are undoubtedly the most convenient, both for environmental reasons and – let us not forget these days – geopolitical reasons, since they depend on our own territory.

Naturally, all energy sources have some negative element: the aesthetic (wind), the space they need (solar or hydraulic) or their intermittent availability (almost all), but they have many other advantages.

The issue of nuclear energy is politically very sensitive, but it is quite clear that it has much lower emissions than fossil energy sources , including the entire life cycle. Objectively, until now they have been quite safe, although naturally their main problem is still open: waste management.

Finally, the capture of CO₂ in industrial or power generation plants means minimizing emissions through filters. This trapped gas is later injected into stable deposits, generally in geological substrates where it can be converted into inert material (for example, calcium carbonate). These techniques are being developed above all in countries, such as Germany, with plenty of their own coal resources.

There are other strategies that are usually known by the term geoengineering, and that involve artificially modifying some of the key elements of the climate system: reducing incident solar radiation by means of orbital mirrors or a chemical filter, increasing the absorption of CO2 from the water by means of fertilization, etc. . These alternatives are risky. They involve more or less abrupt alteration of a very complex system, which we do not know in sufficient detail, and could have unsuspected planetary consequences.

Who should apply these measures?

The different mitigation strategies are usually developed in major international agreements, but their practical application depends on the States. The United Nations Framework Convention on Climate Change (UNFCC) does not imply specific duties or sanctions in case of non-compliance.

Generally, ordinary citizens consider that the problem is only the responsibility of these large decision centers, but it is rarely related to the consumption that we all carry out in our daily activities.

In a recent study on the carbon footprint in Spain , we have been able to verify how consumption is the main factor in greenhouse gas emissions, accounting for more than 70% of national emissions. Similar estimates have been published for other countries .

Obviously it is not about avoiding consumption, but rather directing it towards sectors that imply a reduction in our emissions.

Now, I agree with Benedict XVI’s statement that consumption is a moral choice . After all, it is a manifestation of our values ​​and preferences. In this sense, the strategies that I indicated before can be applied to our daily activity: reducing will imply using less energy, either because we stop doing certain activities (long-distance tourism, for example) or because we do them with more efficient methods in terms of emissions (electric cars, opting for the train over the plane, use of public transport, bicycles, etc.).

In addition, we can choose renewable energy providers, improve our thermal insulation, regulate the temperature of our houses, the efficiency of appliances, the duration of showers, the type of food we eat (reduce consumption of red meat), clothing that we buy (or better yet, that we continue to use) and a long etcetera.

As consumers, our individual impact is very small, but very large when we calculate the whole.

In addition, our personal coherence will also allow us to demand attitudes and actions from public powers and social agents that change current trends. As in other environmental issues, here too we can say that if we are not part of the solution, we are part of the problem.