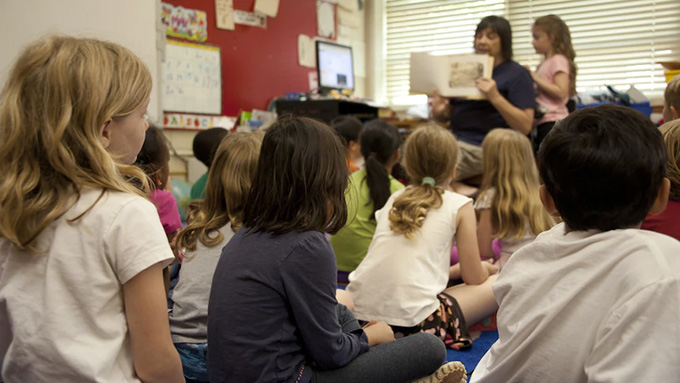 The cost-of-living crisis and new staffing costs have been pushing schools in England into financial trouble. So school leaders were relieved to hear of an increase to their budget in the government’s autumn statement, delivered on November 17.

However, now that teachers and school leaders have had a chance to examine the details of this apparent handout, they may be left wondering how much they have actually gained.

In what he described as a “thank you” to school staff for their brilliant work, the chancellor Jeremy Hunt promised £2.3 billion extra for schools in each of the next two years. Not quite all of this is new money, as the government’s own blog makes clear. It is, though, a further addition to £4 billion already promised, and brings the total spending on schools to £58.8 billion in the year 2024-25. This is an increase of 15% over two years.

This is undoubtedly significant, but we should be wary of simply celebrating “more money in schools than ever before”. There are currently over 9 million children total in English schools – up 88,000 on last year. This means that the key figure is the amount schools receive per pupil. Calculations using the number of children in state-maintained schools suggest that by 2024-25 this will be up by about £1,000 per pupil, on average.

Understanding whether or not this will be a real-term increase in school funding is not a trivial exercise. It involves predicting the rate of inflation over the next two years, as well as any cost increases due to rises in teachers’ or support staff salaries.

Estimates by the Institute for Fiscal Studies (IFS) suggest that the commitments made in the autumn statement should bring schools in England back to real-terms funding equivalent with that of 2010, and certainly higher than at any time in the intervening decade.

The additional £2.3 billion in school funding announced in today’s Autumn Statement will take spending per pupil back to at least 2010 levels in real-terms, and will fully cover the expected increases in school costs up to 2024. pic.twitter.com/m2Vg5ooS6d

It is reasonable to question some of the assumptions made by the IFS, however. Its model devised in August 2022 includes high levels of inflation but also incorporates future teacher pay rises estimated at just 3.6%.

Given that the National Education Union is currently campaigning for pay increases at least in line with inflation (which is running at 11.1% as of November 2022) this would suggest the IFS analysis of real-terms funding might be somewhat optimistic. Classroom teachers remain convinced that they are still not getting a fair deal.

Even if per-pupil funding is brought back into line with 2010 figures, there are other questions to answer. First of all, the autumn statement only brings new money into the system next year and the year after. This will leave schools digging into their reserves for the remainder of the 2022-23 academic year.

Trustees, governing bodies and headteachers will need to remain committed to making savings over the next three years in order to be sure of staying solvent.

Where is the funding going?

Concerns also remain about the “yawning chasm” between the money needed by children with special educational needs and what is available through the national funding formula. This, among other worries, is prompting the teaching workforce to consider industrial action.

However, the autumn statement probably promised as much as could have been hoped for in such trying times. Hunt’s assertion that providing children with a good education is a moral mission is something that successive governments should be held to.