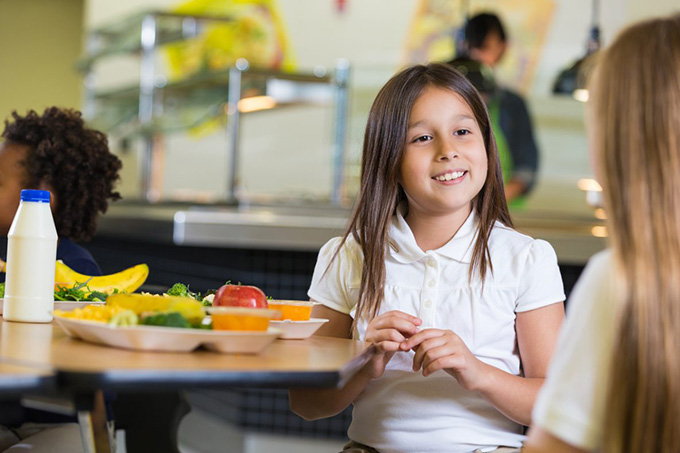 If, from the end of the 19th century, any form of commercial communication was excluded from the perimeter of French schools, certain school marketing practices multiplied over the 20th century , until being legalized at the beginning of the 21st century . .

The Official Bulletin of National Education of April 5, 2001 established a Code of good conduct for business intervention in schools , noting that “secondary schools, but also primary schools, are increasingly establishing frequent contacts and exchanges with their economic, cultural and social environment”.

Advertising campaigns in schools are still prohibited today. Nevertheless, the ministerial text authorizes certain forms of collaboration between companies and schools provided that they serve educational objectives. They must :

“either be part of school programs or be linked to education (culture, civics, health, etc.), or favor a technical contribution (in particular for the production of multimedia products), or finally correspond to a specific action ( commemoration, local action)”.
Under these conditions, “partnerships” with businesses – i.e. actions “implemented in the form of support, sponsorship, awareness-raising, promotion, various aid or supply educational “kits” – are therefore allowed.

However, if companies use this bias to enhance their image, can’t teachers and students also rely on these sponsored kits to deconstruct and understand the underlying market logic?

Ready to use, free and easily accessible, the educational kits produced on behalf of agri-food brands and sectors have the objective of educating about food and nutrition through a variety of materials: slide shows, games, booklets, coloring pages, cards…

The use of these tools has been encouraged in recent decades by the introduction of “education for”. These attribute to schools not only the teaching of traditional disciplinary content (mathematics, English, history, etc.), but also the transmission of transversal knowledge and skills necessary for responsible and reflective attitudes concerning, among other things, sustainable development , health , the arts or food .

The proliferation of educational kits sponsored by economic actors therefore occurs in a context where the school is pushed to open up more to the world around it.

These kits rely on entertaining activities: cartoons, reading a story, riddles, puzzles, board games… At the same time, in their presentation, authoritative speeches try to reassure adults, parents and teachers about the reliability of knowledge. disseminated, by referring to scientific findings or the opinion of nutrition experts or ministerial programs.

In addition, some kits highlight the legitimization of government bodies by affixing labels or public logos. Thus, the discourse of brands and agri-food sectors seems to erase controversies and disagreements around children’s food and food advertising and to harmonize the interests of the various actors involved.

It should be remembered in particular that the introduction of restrictive measures in the area of ​​food advertising has been the subject of a long controversy between the National Association of Agri-Food Industries (Ania), the Ministry of Health, the Ministry of Culture and of Communication, the Higher Audiovisual Council (CSA), professionals from television channels, advertising agencies, consumer associations, learned societies. This controversy led in 2016 to the promulgation of a law prohibiting commercial advertising in the programs of national television services intended primarily for children under the age of twelve.

The choice of teachers

The State grants teachers absolute freedom in choosing whether or not to use the kits offered by private companies. They are the ones who must check the educational quality. In particular, the Ministry of National Education has entrusted school teachers and establishment managers with the task of “monitoring the messages not apparent on first reading, likely to be contained in these educational documents, which represent for the company a vector advertising”.

The “Code of Good Conduct for Business Interventions in Schools” authorizes the use of educational resources produced by economic actors only if the sponsorship and investment of businesses are dictated by philanthropic purposes. However, the ministry does not require these actions to be anonymous.

Companies are therefore authorized to display their partner status on the tools made available. Discreetly printed, the logos thus help to identify the brands, institutes, foundations backed by multinational agrifood companies that produced the kit. Thus the explicitly raised educational discourse and the implicit advertising discourse intertwine in a subtle way.

In a context of chronic budgetary restrictions, these educational kits constitute a “gift appreciated” by teachers constantly looking for new media to animate their sessions.

The teachers interviewed as part of a survey on food education in underprivileged neighborhoods in the city of Naples do not seem to attach much importance to the commercial purposes of the materials, rather seen as “useful teaching tools” as “attractive and particularly effective”.

Since the end of the 1990s, several social movements have called into question the various forms of commercial mediation in the school environment. Associations have accused the marketing actions carried out by the agri-food industry in schools of aggravating problems of different kinds: unhealthy eating habits, overweight and obesity, deterioration of democratic and civic values, etc.

The anti-advertising associations have thus set up a vast repertoire of actions of denunciation and opposition. Their mobilizations aimed in particular to empower the various actors involved in school feeding, in this case parents and teachers, so that they become aware of the role they can play not only in the circulation of knowledge and food standards at school, but also in the fight against market disorders.

But the relationship between business strategies and school goals is always potentially complex and dialectical. Clearly, the presence in primary schools of promotional educational content does not necessarily function as a Trojan horse of market culture.

It is precisely in the space of negotiation of meaning between promotional aims and interpretative decoding that there are margins for an educational intervention. This means that even where market logic is incorporated into the school environment, the conditions for setting up a critical education in advertising do not disappear. Research conducted in the United States, a country where the school system appears to be largely dominated by private companies, shows that the strategic philanthropy of brands , the impact of sponsored educational materials and the reasons that push companies to produce educational kits can be questioned in the classroom.

If it is therefore true that “commodification and economic partnerships with school promote the materialism of consumption, hinder critical activity and negatively alter what it means to be a citizen”, it is also true that “the schools can benefit from partnerships with economic actors by exploiting them as an object of analysis for critical consumption and citizenship” .