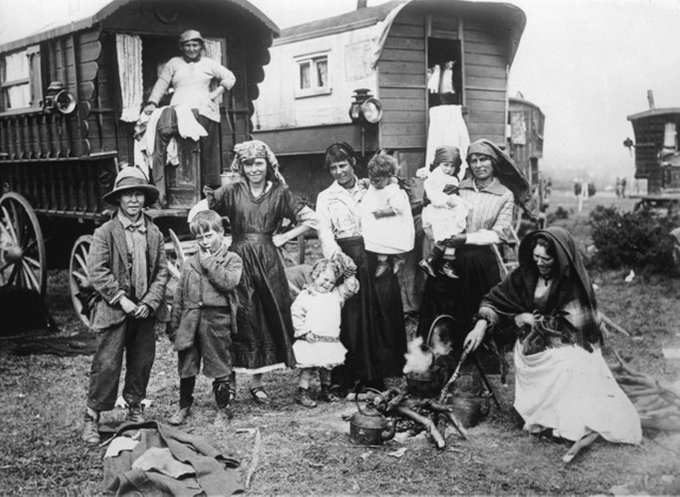 In 2009, the newspaper El Norte de Castilla published an interview with the recently deceased Fernando García de Cortázar , in which he presented his book Little history of the world , aimed at children. In it, the historian affirmed: “The disinterest in history exists because it has been told badly.”

The Bilbao historian was right: history is told (and taught) badly because, traditionally, the vision that has been offered of the historical account has been very reductionist, biased and linear.

The master narratives are transmitted, stories aimed at exalting an existentialist “ national biography ” in which certain events, characters and groups are extolled, and others are systematically excluded.

And it is normal that, in societies like the current ones, in which many of the aspects that make up the liquid modernity that sociologist Zygmunt Bauman spoke of can be clearly observed , this type of monolithic story has lost the interest of many groups that do not They feel represented.

In the case of school history, the maintenance of these master narratives is defended, in many cases, by the need to choose key contents that allow explaining a history of thousands of years in a limited time (history classes).

Obviously, this is an incontestable argument: this selection of content, which determines what is relevant and what is not, is carried out around a series of moral values ​​that are usually a direct reflection of the prevailing values ​​of society. And with these contents, and the values ​​they embody, the students form the social representations with which they try to explain the society in which they live.

The problem is that the moral values ​​that have served to select content may have been valid in the 19th century, but not today. Indeed, these master narratives focus on personalisms, on the deeds of great men (rarely women) capable of determining the main direction of a group (the nation, which has homogeneous characteristics based on ethnicity, language, culture and religion), linked to a particular and defined territory (the country), where efforts have been made to maintain freedom and territorial cohesion.

It is a story that seeks to make the reader (in this case, the student) feel identified with the historical subject (national history), thus breaking any temporal barrier and transcending the present.

There is no doubt that with these master narratives it is possible to provide a series of sufficient data so that the student can compose a social representation of the society in which he lives.

But there is also no doubt that this representation is totally partial: individualism is enhanced; wars and revolutions are praised as inevitable elements, and even necessary to understand the idea of ​​progress; inequalities are covered up; the atrocities that are generated from violence; and it ignores or silences all those groups that are not within the parameters that make up the norm of the collective-nation (ethnic, religious, linguistic minorities) or that have not led the great political processes (as is the case of women .

All this hinders a meaningful understanding of the subject when analyzing our present societies. The reality of the past, like that of our days, is tremendously complex, with innumerable edges and a number of planes: a simple definition of a fact disfigures it and offers a simplified vision of what we intend to know.

Shedding light on the forgotten of these habitual master narratives helps us to understand the plurality of historical agents ; but also, and above all, to ensure that many groups feel represented in the historical narrative.

It is necessary to transcend these interpretations of the past, deeply rooted in the school environment and the social context, to develop a more polyhedral vision, which provides us with a more complete and realistic vision of the past.

It is necessary to pay attention to other groups that are more silenced than these great men, to look for traces and evidence of their existence, acting critically, just as historians do to generate knowledge of the past .

All this with the aim of showing that these historical subjects were not passive agents of the actions and decisions of personalities or social structures, but historical agents who equally contributed to shaping the society in which they lived, and achieving the achievements that we celebrate. .

And also with the aim of empathizing with the suffering that could have affected them due to decisions made by others, totally beyond their control, and to identify the resistance strategies elaborated by these agents in order to carry out their vital projects.

An example: the gypsy people in Europe

On July 1, 2020, the Council of Europe approved a recommendation to member states on the inclusion of the history of the Roma people in school programs and pedagogical materials. The intention is that we know the contribution of the gypsy people to the European cultural heritage, and their persecution and extermination during the Second World War.

In the Spanish case, the recommendation was addressed in specific competence 6 of the new Geography and History curriculum for Secondary Education :
“Likewise, knowledge and dissemination of other cultures is necessary, particularly that of the Roma people, thus contributing to the appreciation of cultural differences, as well as the recognition and dissemination of the history and culture of the ethnic minorities present in our country, to promote their knowledge and reduce stereotypes”.
This recommendation is an act of justice, insofar as it involves including one of those hidden stories in school curricula throughout the Union . But there are many other groups to serve.

The European Union has also financed an action aimed at solving this situation: the Erasmus + LETHE project: (e-)Learning the invisible history of Europe through material culture , in which ten university institutions from nine European countries participate.

It seeks to make known the invisible in history (collectives such as the aforementioned gypsy people, the peasantry, women, childhood) that have forged the current European multicultural identity and that do not usually appear in Primary and Secondary school curricula.

Initiatives of this type help to overcome the reductionist, biased and linear vision of master narratives, and get many of those who currently show disaffection for history to become interested in it again by seeing themselves identified in the story.