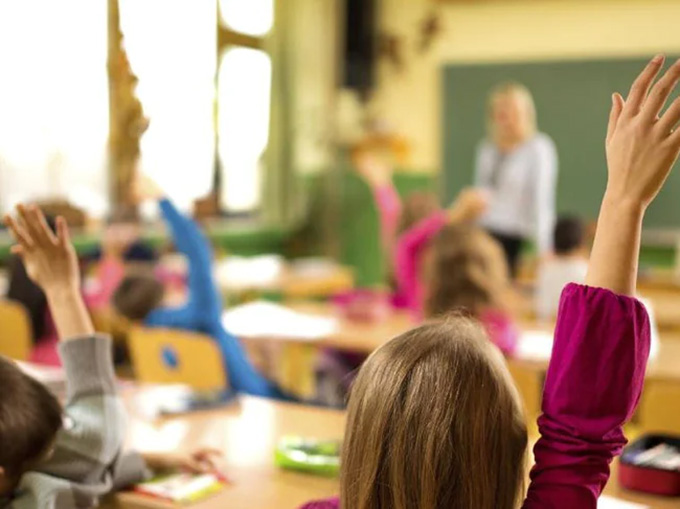 Being an intercultural citizen — someone who supports the principle of a multicultural state and also demonstrates positive personal attitudes towards diversity — is considered essential from a human rights perspective. What kind of learning best supports its development?

To try to answer this question, I surveyed close to 400 recent Ontario high school graduates who attended regular and specialized programs in public and private schools and interviewed 14 students.

My survey questions sought to gauge the extent to which graduates demonstrated openness, interest, positivity and comfort with others. My study defined this as having an open intercultural orientation.

Yet despite these positive associations, my research also suggested that learning environments may constrain intercultural relationships and fail to support racialized students, LGBTQ+ students and students from non-Christian religious backgrounds in expressing their views.

To gauge the intercultural orientations of graduates, I used survey questions developed by the Ontario Human Rights Commission for a 2017 survey that took the pulse on people’s opinions on human rights in the province.

These questions presented graduates with examples of human rights accommodations and discriminatory statements and asked respondents the extent to which they agreed with them. I also asked graduates about the characteristics of the high schools they attended.

Study participants were more likely to disagree with statements such as “we would be better off in Ontario if we stopped letting in so many immigrants,” “some jobs are better suited for men, some are better suited for women,” “discrimination is no longer a major problem,” if they attended schools that were publicly funded.

They were also more likely to disagree if they attended schools where many or most other students did not share their ethnicity or belong to their religious group.

My study, drawing on both survey questions and interviews, found that higher levels of diversity in school enrolment and graduates’ relationships — the friendships they had with people from different ethnicities and faiths — were related to higher levels of interculturalism.

Thirteen students I interviewed attended public schools throughout all or most of high school; one interviewee attended a private school. Eight interviewees self-identified as having European ancestry, four identified as Black and two as Asian.

Six of the seven interviewed graduates with higher levels of interculturalism had attended schools they reported had diverse enrolments and the seventh attended a school with a significant number of Indigenous students.

Graduates who had regular contact with or were members of groups that are often the target of discrimination — people of colour, LGBTQ+ graduates, those with disabilities and women — held fewer discriminatory views.

This suggests that students who are racialized, from non-Christian faiths and LGBTQ+ may be more open to others, while experiencing more exclusion themselves.

It also suggests schools have work to do in order to make all students comfortable enough to share their perspectives.

The school teaching and learning environment, curricula and how teachers engage students in discussion all impact what students learn and how they affirm cross-group relationships and perspectives.

My research also found that students developed relationships with those they interacted with on a daily basis at school. In specialized programs, this often meant only with others in their program.

As education researchers Gillian Parekh and Rubén Gaztambide-Fernández have found, students within specialized arts, gifted and French immersion programs are disproportionately white and wealthy. This should make us question whether such programs help graduates adapt successfully to environments of increasing diversity.

It is also a reason to ask whether such programs will build the more inclusive, innovative and safer future societies we want, or serve to rationalize and perpetuate division, inequality, distrust and violence.

Research shows that when parents choose educational programs based on large scale assessments and measurable achievement outcomes, they are often choosing programs that rank racialized socio-economic privilege rather than quality teaching and learning.

Taken together with existing research, the intercultural associations in this study suggest that enrolment in specialized programs, schools ranked by standardized assessments and private schools may work to silence minority voices and help maintain cultures of privilege and power.

My study calls for more research on intercultural dialogue through education, one of the objectives of the United Nations Educational, Scientific and Cultural Organization.

It asks how our publicly funded schools can move towards contextualizing academic merit and away from specialized programs and schools of choice. It also asks how these schools can ensure more students are comfortable in their classrooms and all student voices are heard.

Doing so would mean all students experience a sense of belonging and could provide Ontario high school students with greater understanding of the full range of cultural perspectives that exist in society.

This will be important for creating intercultural citizens poised to contribute to our societies, and enhancing the intercultural understanding and co-operation so urgently needed to tackle the democratic and climate crises that threaten our collective future.

Author Bio: Wendy Hughes is an EdD student, OISE at the University of Toronto