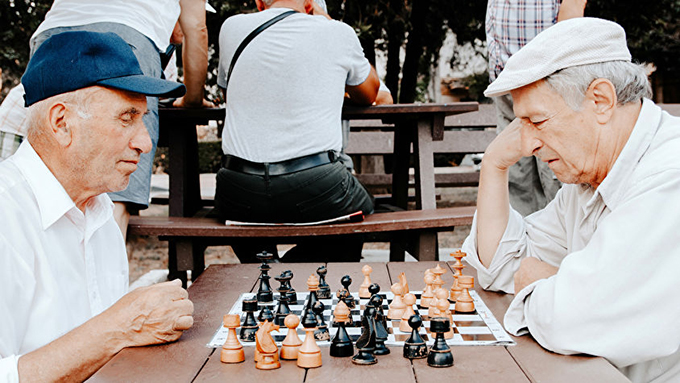 Board games have been having a bit of a cultural moment. They experienced a resurgence of popularity at the beginning of the pandemic. A Statista report projected the total overall board game market might reach US$12-billion by 2023.

It makes sense that board games gained popularity during the pandemic. Board games can provide relatively affordable, reusable, home-based entertainment. Scrabble was designed by Alfred Mosher Butts during the Great Depression. Eleanor Abbott created Candy Land after her contracting polio and spending extended time in the hospital during the epidemic in the United States.

I have loved board games my whole life and in the last 10 years spent my time browsing shops for the newest releases, growing increasingly addicted to watching board game channels on YouTube and collecting games — a collection which has taken over several rooms in my home.

I regularly noticed that these friendly local game shops were filled with mostly white men, often on their own, wandering the stacks. It made me wonder, why is board gaming so white and male?

As a doctoral student at X University and York University in their joint communication and culture program, I have noticed a lack of contemporary scholarship on board games, as most game scholarship focuses on video games.

To fill this gap, I decided to spend the last four years of my life delving into the industry.

Board gaming, like many other cultural spheres, has been socially shaped and constructed, with products being created for an imagined audience. The imagined audience for board games is, most often, a cis, straight, middle-class able-bodied white man.

The result of this social shaping has been that board gaming spaces have, over time, have become an exclusive preserve for this default, imagined audience. Sometimes, this kind of social shaping, intentionally or not, can create a vicious circle of exclusion for other identities.

As I talked to people in board gaming communities and examined the games themselves, I realized that there were big, systemic social, labour and economic issues that were limiting the wide-spread adoption of board gaming and market growth.

My research argues that one of the key factors facing board gaming is the homogeneity of the current board game design labour pool and limited representation on the products themselves.

I found that 92.6 per cent of the designers of the 400 top-ranked board games on BoardGameGeek were white men. 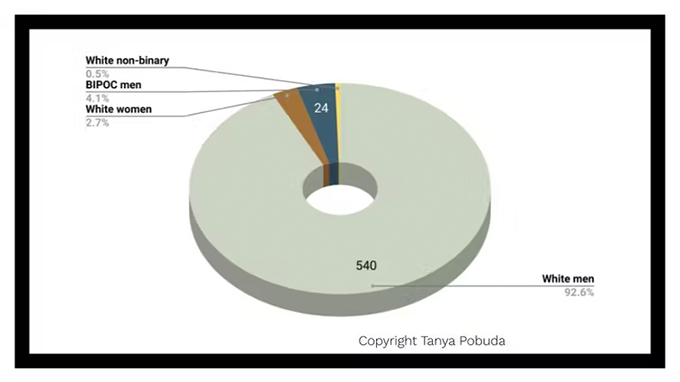 The cover art images on the boxes of the top-ranked 200 BoardGameGeek ranked games with games such as Gloomhaven (2017),Marvel Champions: The Card Game (2019), Terraforming Mars (2016) and Through the Ages: A New Story of Civilization (2015) skewed heavily toward white-presenting males. Of the total 1,974 figures analyzed during my board game cover art analyses, white male imagery was predominant.

Images of men and boys represented 76.8 per cent of the human representation on covers, or 647 images in games such as Great Western Trail (2016) and War of the Ring: Second Edition (2012), compared to 23.2 per cent of the images of women and girls, which represented only 195 of the images counted as in games with more gender representation like Arkham Horror: The Card Game (2016) and Pandemic Legacy: Season 1 (2015) 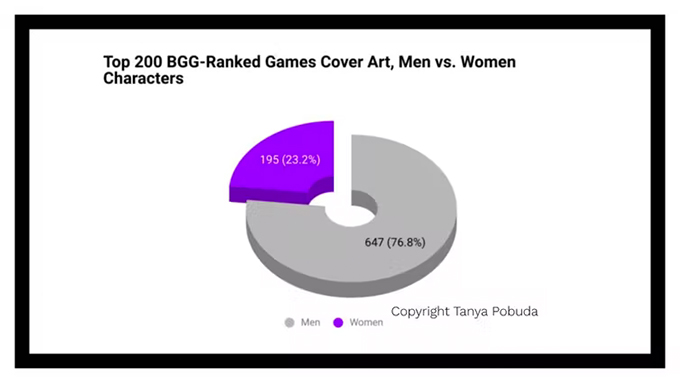 Men dominated the covers of the top 200 games on BoardGameGeek. (Tanya Pobuda) 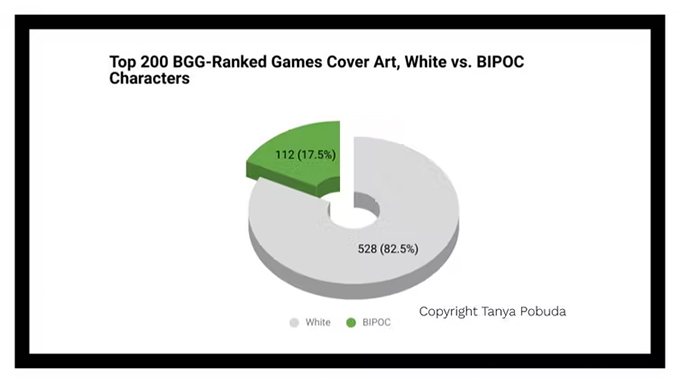 I conducted an online survey of 320 respondents in late 2020. In total, 70.7 per cent of respondents shared that they play board games at least once a week. More than half (53.5 per cent) of the sample have been board gaming for 11 years or more.

I tried to get a diverse sample through exhaustive recruitment efforts as I was looking to hear from voices that were not often heard from in other board game surveys.

Most of the respondents were white (74.9 per cent), while 20.4 percent identified as BIPOC. More than half of the sample (52.8 per cent) identified as being part of the 2SLGBTQiIA+ community.

The answer can only be no.

Author Bio:Tanya A Pobuda is a PhD Candidate, Graduate/Research Assistant, Communication and Culture at Ryerson University