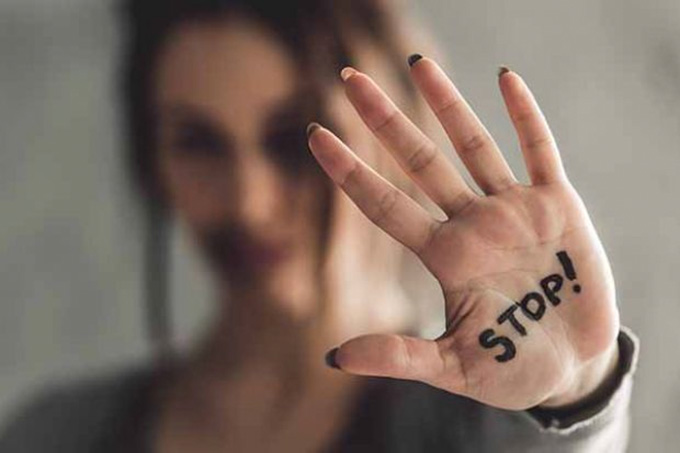 A report commissioned by Universities Australia released on Wednesday found one in 20 (4.5%) students had been sexually assaulted since starting at university.

The National Student Safety Survey report also found one in two students (48%) had experienced sexual harassment at least once in their lifetime. One in six (16%) had been sexually harassed since starting their studies, and one in 12 (81%) in the preceding 12 months. 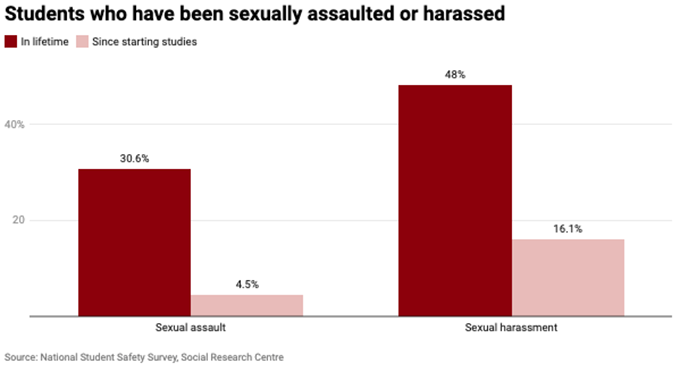 Chair of Universities Australia, Professor John Dewar described the findings as “distressing, disappointing and confronting” and said the situation was “unacceptable”.

Wednesday’s report was the second national survey to explore rates of sexual assault and harassment among university students, following the Australian Human Rights Commission’s landmark Change the Course report in 2017.

Changes in methodology and the impact of COVID make it difficult to compare Wednesday’s report with findings in 2017. But it still shows the prevalence of sexual assault and harassment experienced by Australian university students has not markedly shifted.

Universities are this week reiterating many of the same catchphrases as after the 2017 report. They’re taking student feedback “very seriously” and adopting a “zero tolerance” approach to sexual violence. They’re also echoing many of the same commitments they made in 2017. This lack of substantive progress reflects the absence of robust enforcement mechanisms in regulatory oversight.

UOW pledges to do more to stop sexual harassment on campus https://t.co/8Sfn62TwQf

Students lack confidence in their institutions

Of those who reported sexual assault in 2021, only 29.7% were satisfied with the university’s process. For those reporting sexual harassment, this went up to 41.3%. These figures indicate thousands of students are not seeking out or receiving the support they need following distressing incidents.

More than half of students participating in the survey knew “very little or nothing” about their university’s sexual assault and harassment policies and almost as many knew “nothing or very little” about where they could seek support or assistance within the university.

Submissions to the survey highlighted students’ lack of confidence in university responses and called for greater transparency around reporting avenues and disciplinary action.

What have universities done?

Australian universities are autonomous and self-regulating institutions. While they vary in size, resources and appetite to take on this difficult work, they all engage with students experiencing sexual assault and harassment.

Apologies are not enough. It’s been 5 years since Change the Course and despite the tireless efforts of student activists and advocates, little has changed. How many more surveys and reports do we need on our trauma? https://t.co/SUsCDTst1H

Some universities have been proactive in reporting on their institutions’ efforts in recent years. For instance UNSW’s Annual Report on Sexual Misconduct includes information on key institutional actions as well as data recording the status and outcome of each investigation.

Given universities’ independent status, Universities Australia has no authority to enforce good practice with their members and has not monitored or evaluated the implementation of their sector-wide guidance or resources.

What about the university regulator?The national higher education regulator, the Tertiary Education Quality Standards Agency (TEQSA) – usually tasked with registering providers and accrediting courses – says it has
moved to ensure that all higher education providers are fostering safe environments and supporting students in need.
However my PhD research indicates little support in the sector or among key stakeholders for TEQSA to lead this work. Research participants have suggested the regulator’s efforts have been impeded by resource constraints, insufficient expertise and an apparent reluctance to employ the regulatory tools at its disposal.

Really proud to be able to share a powerful piece up on @missingperspec today from @lydiarosejupp of @EndRapeOnCampus exploring why the epidemic of sexual assault at unis around the country is often swept under the rug. https://t.co/dfZaWlnD4T

TEQSA used a complaints mechanism to investigate scenarios where students believed their university’s policies or procedures had failed them and breached legislated standards around well-being and safety.

Senate Estimates information that I’ve collated in my research indicates that this avenue has proven futile for complainants. The regulator investigated 21 such complaints between 2017–2020, mostly relating to universities. But in none did TEQSA find any reason to use its formal powers, such as placing conditions on a university’s registration. The strongest sanction applied by TEQSA has been “monitoring and annual reporting” of several universities.

While the average processing time for these complaints was almost six months, one case lodged by End Rape on Campus Australia in October 2019 was not finalised until June 2021. The organisation subsequently stopped recommending students use TEQSA’s complaints pathway.

I won’t suggest that students file complaints with the higher ed regulator, TEQSA, anymore. Complaints took years to conclude, with absolutely no accountability or consequence for anyone or any uni, but caused untold harm to the student survivors & those of us supporting them.

In 2019 TEQSA endorsed university efforts to address sexual assault and harassment in a report to the education minister, after universities had self-reported their progress to the regulator. But later, in response to Senate Estimates questions on notice, TEQSA acknowledged it was aware of “discrepancies between the self-reported actions and the findings of the independent experts”.

Following this week’s report, TEQSA issued a statement saying it was “concerned” about the findings. That it has been monitoring university responses and is encouraging
[…] all registered providers to review their policies and procedures and ensure that information on sexual assault or sexual harassment prevention and response, including how students can access support services or institutional complaints frameworks, are shared with all their students.
Like university responses this week, this encouragement simply appears to be more of the same.

After the Change the Course report, advocates proposed the establishment of an independent expert-led taskforce. This would have overseen university (and residential college) efforts to better manage and prevent sexual assault and harassment and enhance institutional accountability.

A taskforce, backed by government, could have provided the external leadership and authority to lead this work, but was stymied in late 2018 following a ministerial reshuffle.